While the intervention underscored Beijing’s desire to inject confidence in markets that have been roiled by the trade war fears, the sources say policymakers would tolerate a weaker yuan to help cushion a slowing economy and take some of the sting out of Washington’s proposed tariffs on its exports to the United States.

“Policymakers believe some yuan depreciation is okay, but they don’t want to see it falling below 6.9. Appropriate currency depreciation is needed given that the economy faces downward pressure,” one policy insider said.

A second policy source echoed those views: “there is no big problem with the yuan depreciation. It could be beneficial as the economy is slowing. We are able to control capital outflows. There is no need for aggressive intervention.”

China is not going to tolerate having a strong currency when it is the subject of trade tariffs aimed squarely at containing its economic and geopolitical expansion.

For Chinese policy makers, capital flight is the lynchpin in any efforts to contain trouble. The state has massive reserves and the banking sector has almost an equal amount on deposit from consumers. That suggests the country has ample capital to contain its current bad loans problem if it becomes a more urgent issue. However, that is only under the assumption that capital flight can be contained.
Obviously, no one wants to sit in a weak currency with the prospect of a haircut on investments looming so the incentive to move assets overseas grows stronger the weaker the Renminbi becomes.
The fact that Bitcoin has found support this week suggests there is definitely interest in vehicles for spiriting money out of China. 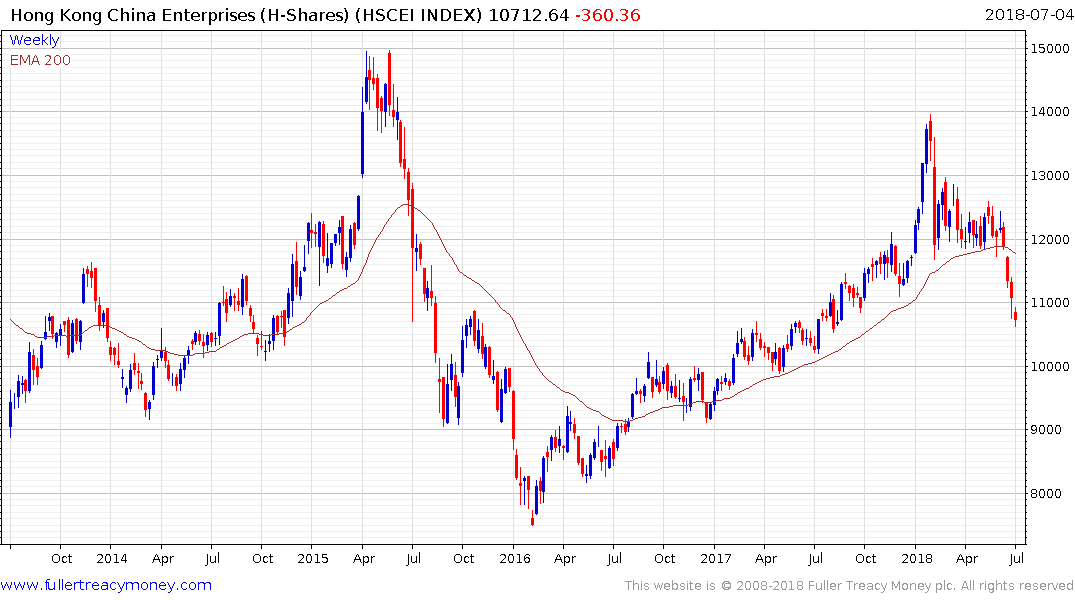 Meanwhile, the largest listed banks share similar patterns with the Hong Kong listed China Enterprises Index not least because they represent large weightings inside it.

Of potentially more importance is the return to under performance of the some of the non-systemically important banks and brokerages. 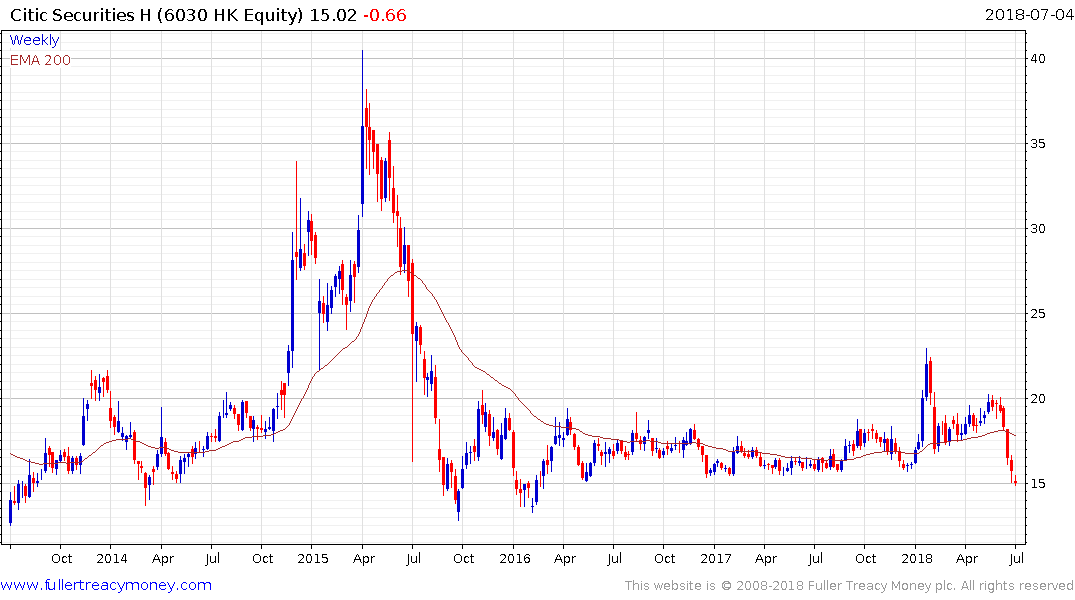 Citic Securities, China Everbright Bank, Guotai Junan Securities, Huatai Securities and Cinda Asset Management did not participate in last year’s rally but are now all either testing the lower side of ranges or breaking lower.

An additional point worthy of consideration is that both the USA and China have central bankers who have been in the job less than six months. This is definitely an evolving situation where having people at helm of the world’s major central banks who know what there are doing would be very helpful.