Phat Dragon brought forward the timing of the enactment of growth stabilisation policies from midyear to ‘immediate’ not long after the NPC. Policy needs be loosened to a degree because without a replenishment of the investment pipeline, the growth pulse will slow to the point where domestic demand growth will fall below 7% in Q3. Chinese policymakers have little room to move nowadays, with domestic demand growth sub 7% viewed as unpalatable from the point of view of job creation and anything exceeding 8% likely to be inflationary.

This change of tack by domestic policymakers will combine with an improvement in global economic conditions to lift the economy in late 2014, ensuring that it enters 2015 will some positive momentum.

Phat Dragon anticipates that the world economy will be significantly firmer in 2015, which will assist China as it attempts to grow in a less credit-intensive fashion. While RRR cuts remain possible, Phat Dragon argues that it must be obvious that OMO could not achieve the same ends before the PBoC would choose that avenue for boosting liquidity. The most likely time for a RRR cut is probably post deposit rate reform, which now has a definite “within two years” timeframe attached to it. (Note that “in the near future” meant 11 months in the case of the wider CNY band, and deposit insurance/guarantee system is likely to be built first).

Regarding China’s balance sheet challenges, the financial system will remain a source of bearish news flow. While Phat Dragon feels that the ultimate risks relating to Chinese debt are generally exaggerated (it still has a current account surplus after all, and is the world’s second largest international creditor) there seems little doubt in Phat Dragon’s mind that bearish views on the growth-credit nexus will be remunerative in the first half of this year.

The moderation of China’s investment led growth rate necessitates that the manufacturing and exports pick up some of the slack if a more serious deterioration is to be avoided. Allowing the Yuan to weaken would appear to be a central strut in achieving this goal. 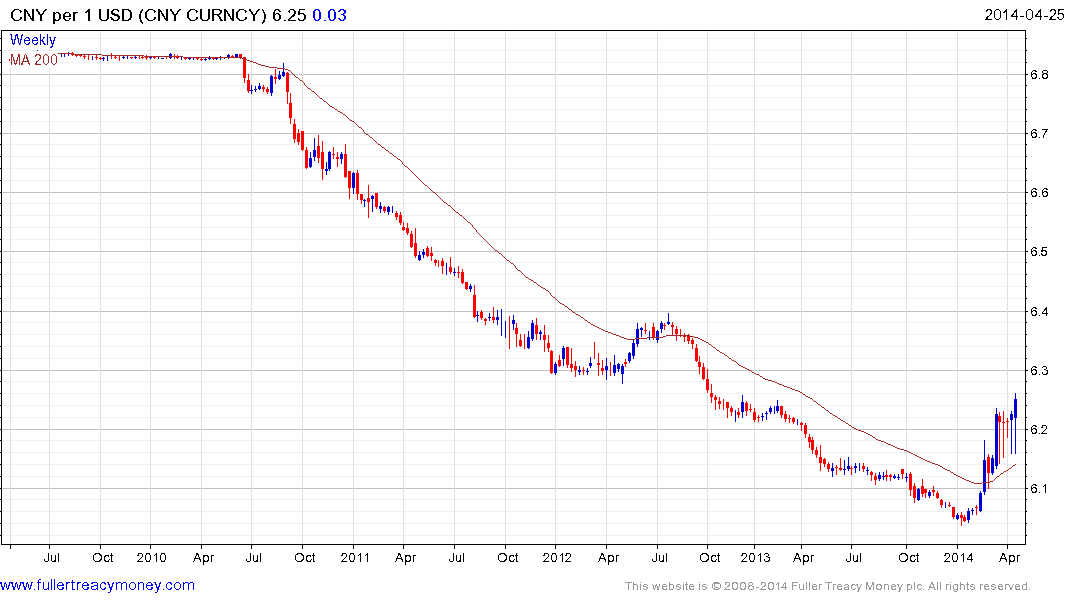 Easing the reserve requirements imposed on banks represent a blunt but effective instrument in controlling how liquidity flows into the capital markets. However since the government has no control subsequently over who this additional money would be lent to, we can regard it as a last resort from a policy perspective. 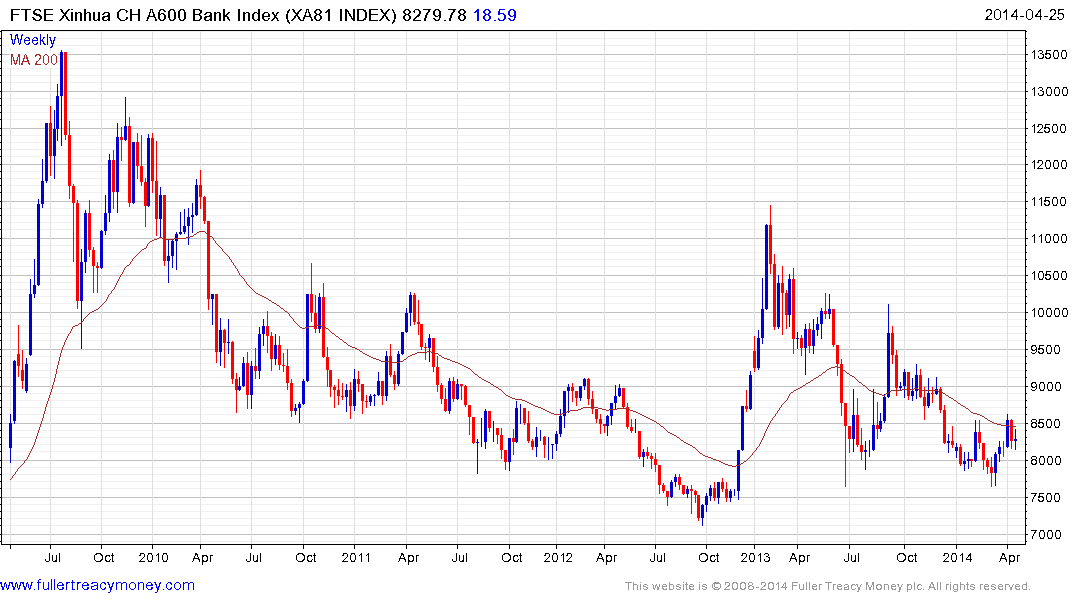 China’s economy remains within what can only be described as a policy transition phase. Many investors remain on the side lines as they watch for signs of a bullish catalyst not least from the banking sector which remains rangebound above the 2013 lows.