China Stocks Rally With Tech, Property in Lead Amid Easing Bets
Comment of the Day

The Hang Seng Tech Index jumped 4.5%, with Meituan and Tencent Holdings among those leading gains. The gauge has started 2022 with an advance after losing about a third of its value last year amid Beijing’s clampdown on tech companies.

The rally followed clarification from China’s internet regulator late Wednesday that it’s not asking to approve all investments or fundraising by big tech companies, denying an earlier media report.

A Bloomberg Intelligence gauge of Chinese real estate developers advanced 3.6%, following reports that the government may ease access to some funds. The sector’s gains came even as Thursday’s cut in the five-year loan prime rate left some market watchers disappointed.

Agile Group, Shimao Group and Guangzhou R&F have about 20% of their free-float shares sold short, among the highest in the MSCI Asia Pacific Index, according to data from IHS Markit.

Chinese New Year is on February 1st and will be followed by a week-long holiday for mainland markets. At the same time the winter Olympics begins on the 4th which will focus the sporting media’s attention on Beijing. The central bank is making sure its messaging is clear ahead of the shutdown. That’s also aimed at instilling some confidence in investors that the squeeze on private property developers will be limited to that sector. 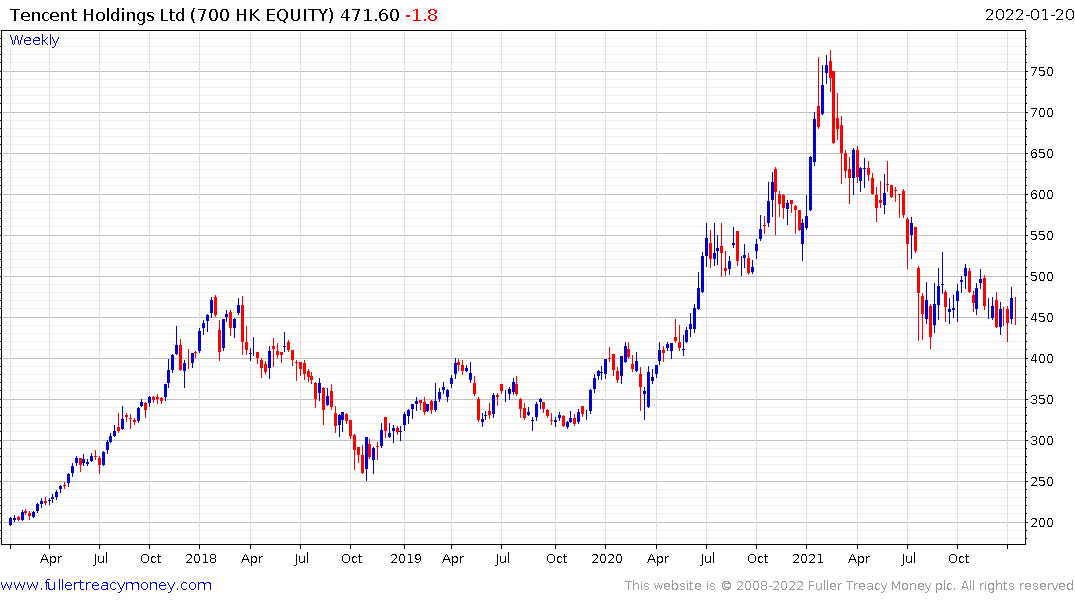 Chinese markets usually rally into the New Year Holiday in the local equivalent of a Santa Claus rally. That appears to now be underway with Tencent jumping in a dynamic manner today to test the upper side of a six-month base formation. 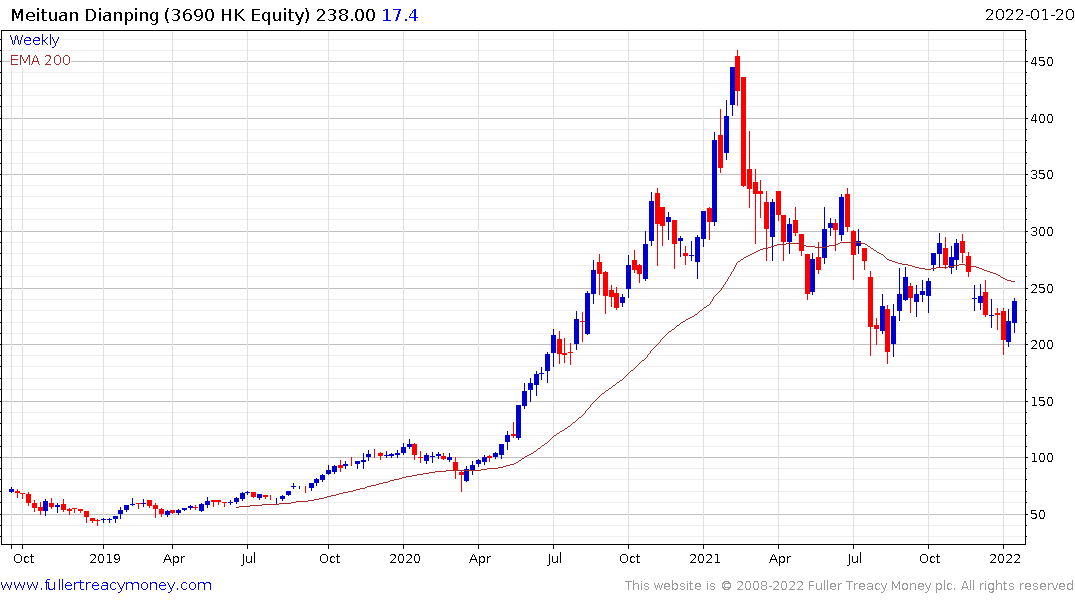 Meituan is bouncing from the region of the July lows. 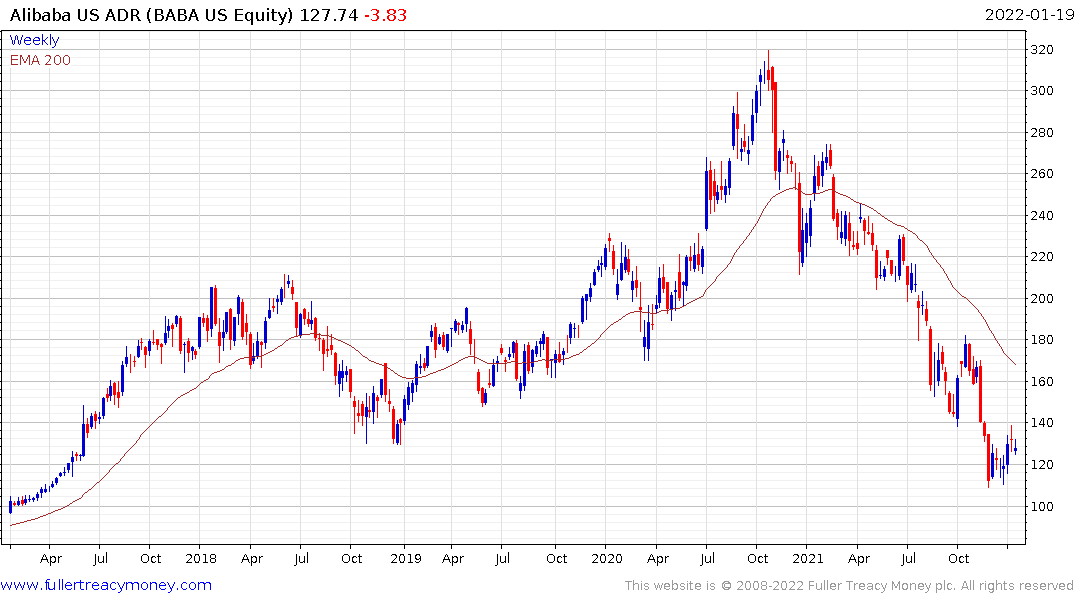 Alibaba is also continuing to firm following a more than halving in value during 2021.

The Chinese tech sector has been under a cloud since the government began to exert more influence over where investment capital finds a home. There is every chance these companies will begin to recover if they are now being seen as playing the government’s game. 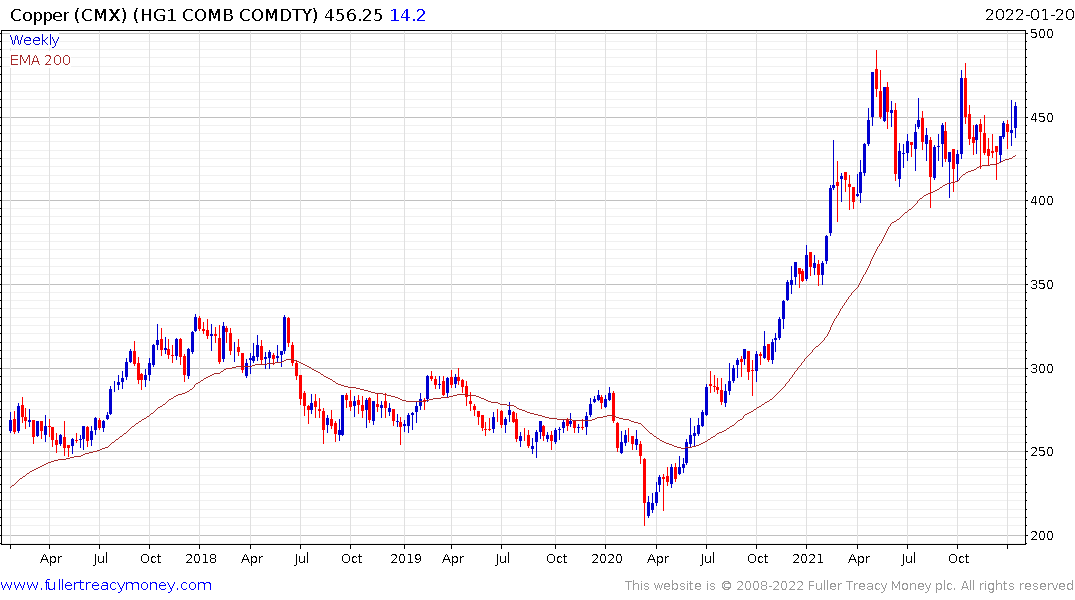