Bank Indonesia is using bond purchases to support the rupiah and help fund the government’s Covid-19 response. Too much quantitative easing, though, could backfire and fuel worries about the accommodation of unfettered government spending.

Critical for reassuring investors, in our view, is that the central bank stick to its pledge to cap bond purchases in the primary market at 25% and intervene only as a last resort. If these promises are broken, QE could weigh on the rupiah like a pair of cement shoes.

Emerging market central banks embarking on QE might already be skating on thinner ice than peers in developed markets. Bank Indonesia, for one, has a shorter track record for demonstrating independence from political interference.

The relative strength of the Rupiah is a standout relative in Asia and is mirrored by the stability of the Philippine Peso. Both countries have deployed quantitative easing to support their respective bond markets and short up their currencies.

The big question is how much longer this will last, considering the idea of printing money to support the currency is rather counter intuitive. Until a month ago, the idea of emerging markets having the confidence and support of international investors to deploy quantitative easing would have been unthinkable. Obviously, a lot can change in a short period of time. Traders may be rewarding administrations for taking bold action in the short term while reserving judgement on the medium-term consequence for after the coronavirus subsides. 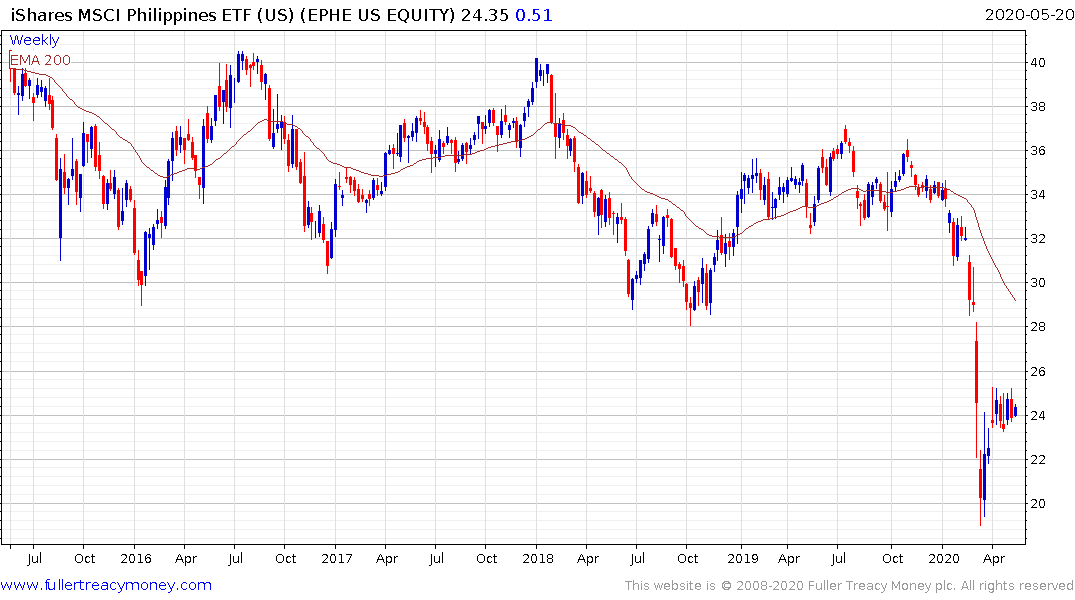 The iShares MSCI Philippines ETF found support in the region of the 20111 lows and rebounded from a deep oversold condition in April. It has been ranging in a tight manner below $25 since. A sustained move above that level will help to signal more than short-term steadying. 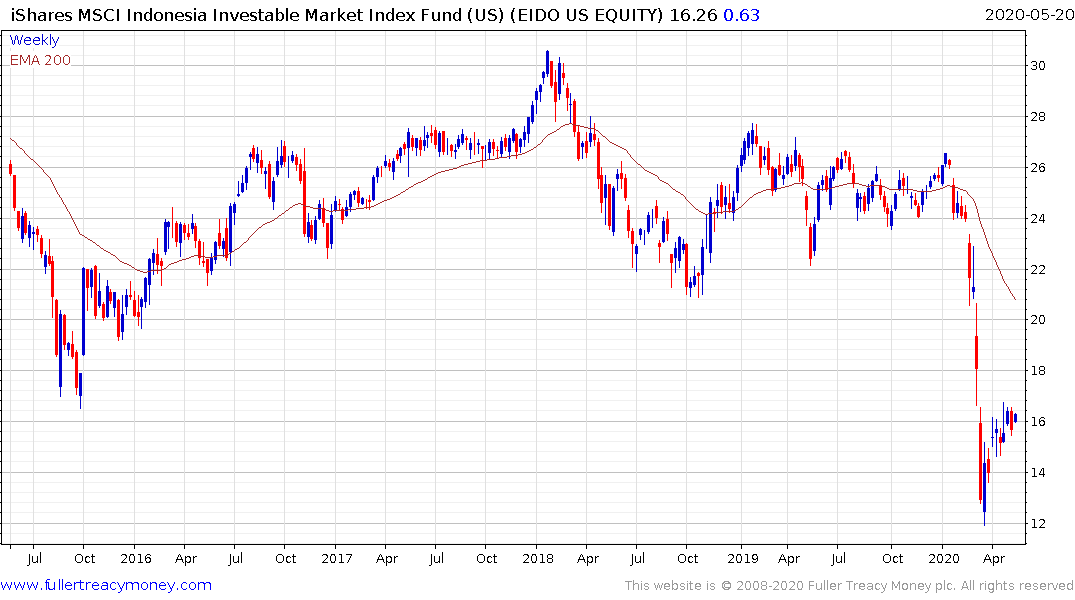 The iShares MSCI Indonesia ETF has a similar pattern but with a more clearly defined sequence of higher reaction lows.