5. The economy develops momentum on its own because of pent-up demand, and depressed hospitality and airline stocks become strong performers. Fiscal and monetary policy remain historically accommodative. Nominal economic growth for the full year exceeds 6% and the unemployment rate falls to 5%. We begin the longest economic cycle in history, surpassing the cycle that lasted from 2010 to 2020.

6. The Federal Reserve and the Treasury openly embrace Modern Monetary Theory as their accommodative policies continue. As long as growth exceeds the rate of inflation, deficits don’t seem to matter. Because inflation increases modestly, gold rallies and cryptocurrencies gain more respect during the year.

7. Even as energy company executives cut estimates for long-term growth, near-term opportunities are increasing. The return to “normal” increases both industrial activity and mobility, and the price of West Texas Intermediate oil rises to $65/bbl. Rig counts increase and energy high yield bonds rally soundly. Energy stocks are among the best performers in 2021.

8. The equity market broadens out. Stocks beyond health care and technology participate in the rise in prices. “Risk on” is not without risk and the market corrects almost 20% in the first half, but the S&P 500 trades at 4,500 later in the year. Cyclicals lead defensives, small caps beat large caps and the “K” shaped equity market recovery unwinds. Big cap tech is the source of liquidity, and the stocks are laggards for the year.

9. The surge in economic growth causes the 10-year Treasury yield to rise to 2%. The yield curve steepens, but a concomitant increase in inflation keeps real rates near zero. The Fed wants the strength in housing and autos to continue. As a result, it extends the duration of bond purchases in order to prevent higher rates at the long end of the curve from choking off credit to consumers and businesses.

If we contrast this list of potential surprises, I get the feeling they are less ambitious than in years past. I have heard the rumour from many quarters that President Trump is planning to set up his own TV station and there is plenty of speculation that the entire effort to overturn the election is to create a sound footing for a re-run at the title in 2024.

What I find particularly interesting is that when we contrast the surprises with the expectations for 2021 from the majority of investment banks there is not a lot of difference. Almost everyone is expecting an up year overall.

This report from Oppenheimer chooses to run on the post major reaction cycle rather than the post major election cycle. The first year of the US Presidential cycle is usually the worst performer but with fiscal stimulus still the base case the big question remains how upward pressure on yields will be contained. 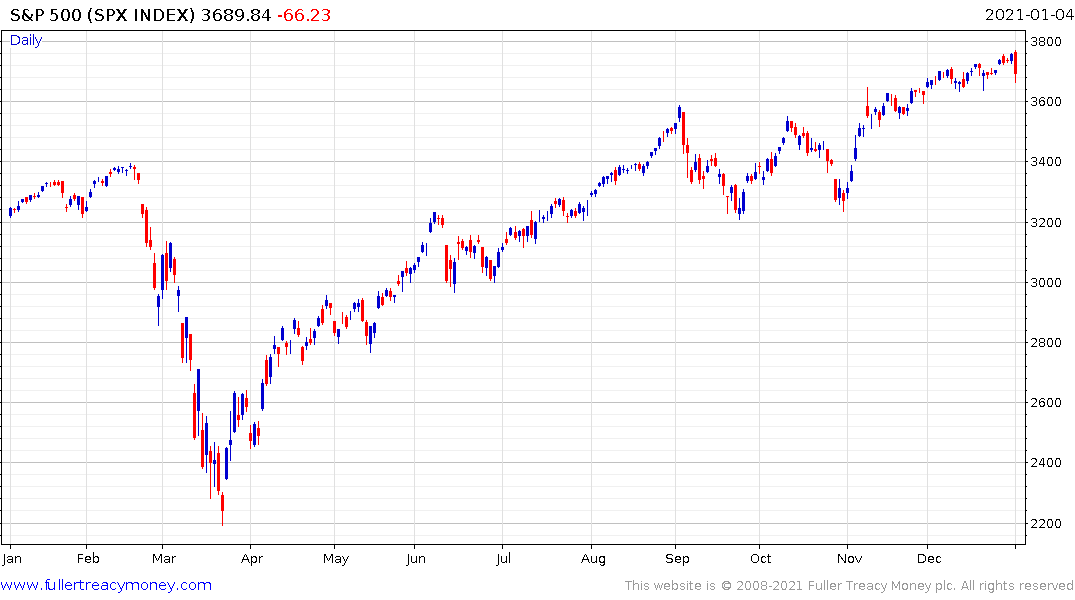 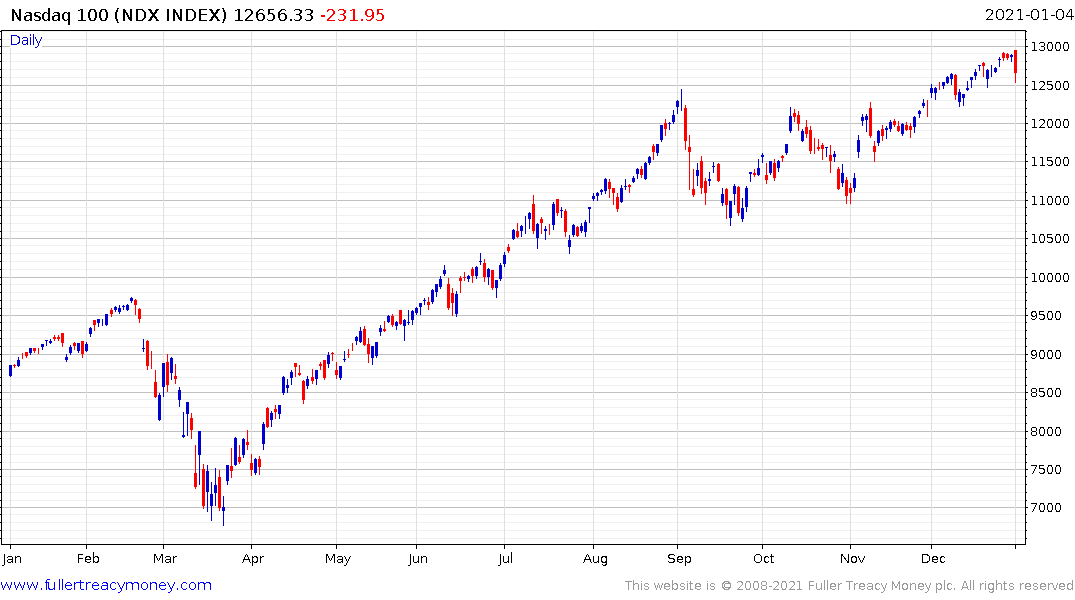 Wall Street pared its decline by the close but still managed to post downside key reversals on the S&P500 and Nasdaq-100. Downside follow through tomorrow would signal peaks of at least near-term significant and would increase scope for reversions back towards the mean.

I was surprised to see no mention of China as a potential surprise in Byron Wein’s list. That probably says a lot about the desire of most pundits not to ruffle feathers. China is in the process of neutering Alibaba, Jack Ma has not been seen or heard from in months, three of its largest companies are about to be delisted from the NYSE, the domestic exhortations to consume less food might be about trying to combat obesity but could also be about food shortages, debt leverage is high and the banking sector is underperforming again. 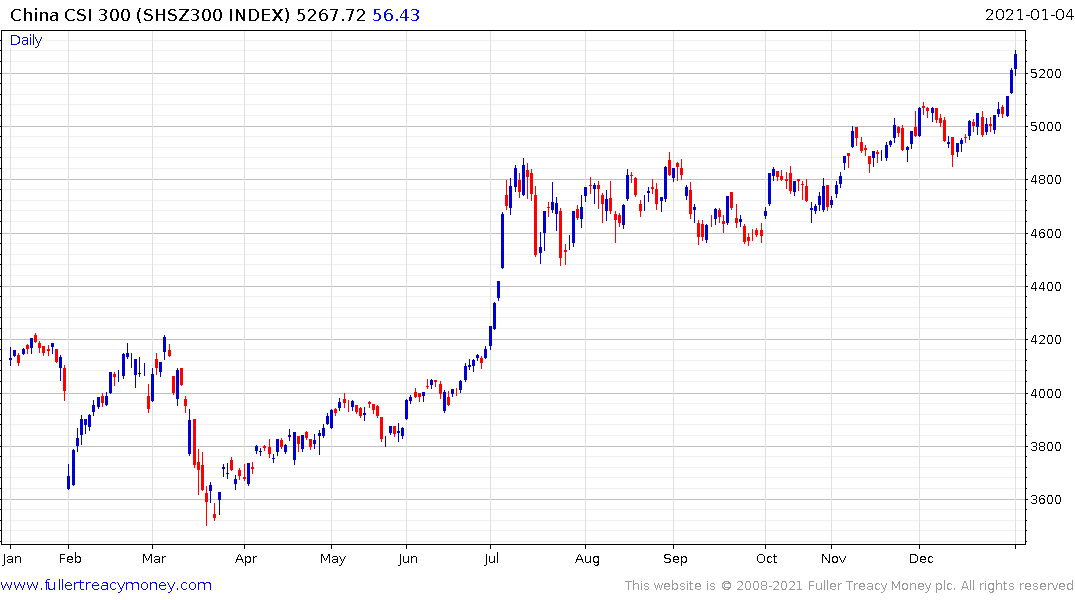 The CSI 300 Index, defied these issues and extended its breakout today.