The freeze will have the greatest impact on coffee trees under 4 years old. Because of their fragile root systems, trees younger than two usually need be eliminated, while trees between 2 and 4 years old often have to be drastically trimmed and won’t produce the following crop year, said Regis Ricco, a director at Minas Gerais-based RR Consultoria Rural.

The consulting firm has been providing technical loss reports to growers who are going to seek debt renegotiations due to the frost damage. In some regions, farmers lost everything they had.

“Some farmers will have a difficult situation as they got loans from banks to fund irrigation systems, plantings and machinery,” Ricco said. “The impact is stunning.”

Frost in Brazil is a rare occurrence and it has had a significant impact on coffee prices. The price spent most of 2018 through 2020 ranging around $1. It completed the base formation in April and a sustained move back below $150 would be required to question medium-term scope for continued upside. 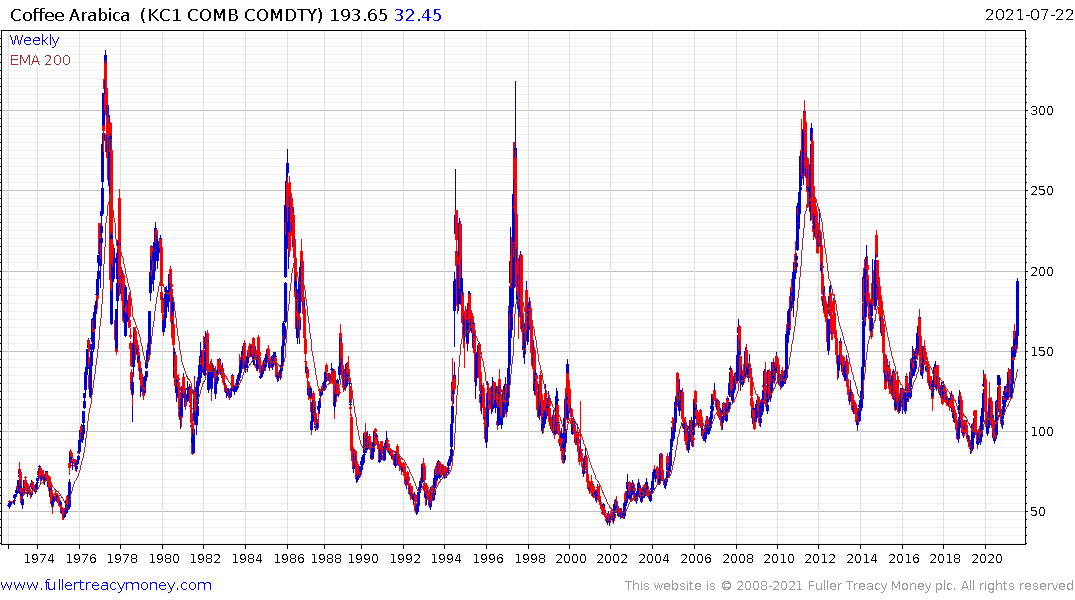 The challenge for investors is in how to price volatility in weather. Disaster bonds have been among a group of favoured instruments over the last decade because they are uncorrelated and the number of threatening events has been reasonably low.

Record temperature in the Northern Hemisphere, floods in Europe, freezes in Brazil and hurricanes that have recently had a tendency to strengthen abruptly and dump massive amounts of rain are all factors we have had to deal with in the last couple of years.

The new solar cycle began last year so that is likely to be an additional factor in exaggerating weather phenomena over the coming few years. 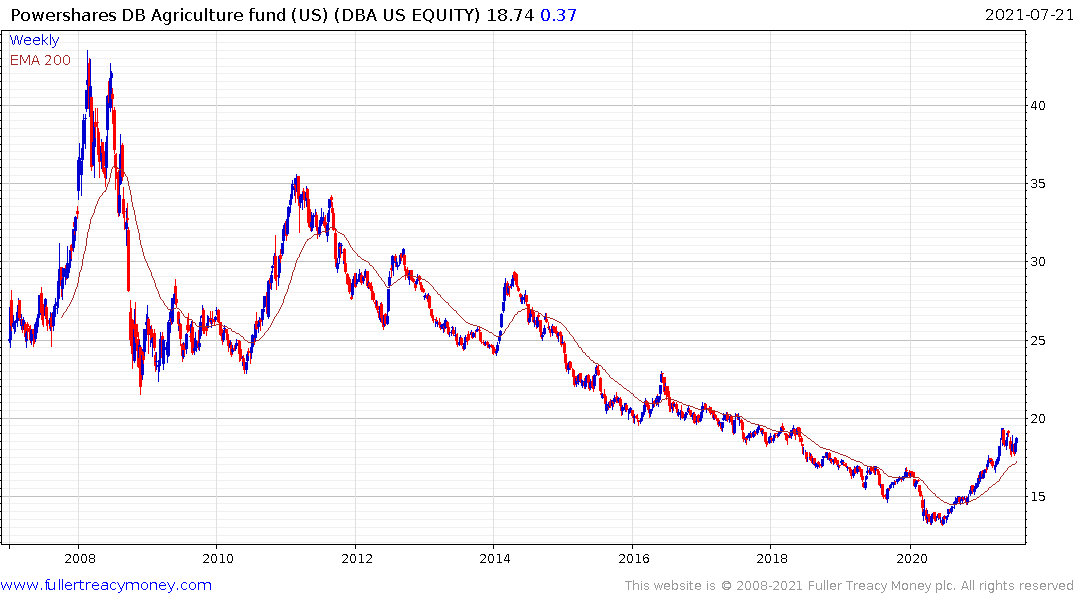 This all suggests we can expect continued upward pressure on agricultural commodities prices.