Bitcoin Is Winning Covid-19 Monetary Revolution
Comment of the Day

Some economists, such as my friend Ken Rogoff, welcome the demise of cash because it will make the management of monetary policy easier and organized crime harder. But it will be a fundamentally different world when all our payments are recorded, centrally stored, and scrutinized by artificial intelligence — regardless of whether it is Amazon’s Jeff Bezos or China’s Xi Jinping who can access our data.

In its early years, Bitcoin suffered reputational damage because it was adopted by criminals and used for illicit transactions. Such nefarious activity has not gone away, as a recent Justice Department report makes clear. Increasingly, however, Bitcoin has an appeal to respectable individuals and institutions who would like at least some part of their economic lives to be sheltered from the gaze of Big Brother.

It is not (as the term “cryptocurrency” misleadingly implies) that Bitcoin is beyond the reach of the law or the taxman. When the Federal Bureau of Investigation busted the online illegal goods market Silk Road in 2013, it showed how readily government agencies can trace the counterparties in suspect Bitcoin transactions. This is precisely because the blockchain is an indelible record of all Bitcoin transactions, complete with senders’ and receivers’ bitcoin addresses.

Bitcoin’s jump to new highs over the weekend is another example of volatility in quiet weekend trading and suggests the downdraft last weekend was an attempt to influence weak holders so sell and to trigger stops.

The willingness of governments to debase their currencies and the lack of any credible plan to control deficit spending is creating demand for alternative stores of value. That is helping to stoke interest in bitcoin at present because of the assets record of volatility which flatters gains when it is rising.

It should also act as a fundamental tailwind for gold. The size and liquidity of the market means that while it is volatile by comparison with other assets, the supply inelasticity question is not as acute as it is for bitcoin. 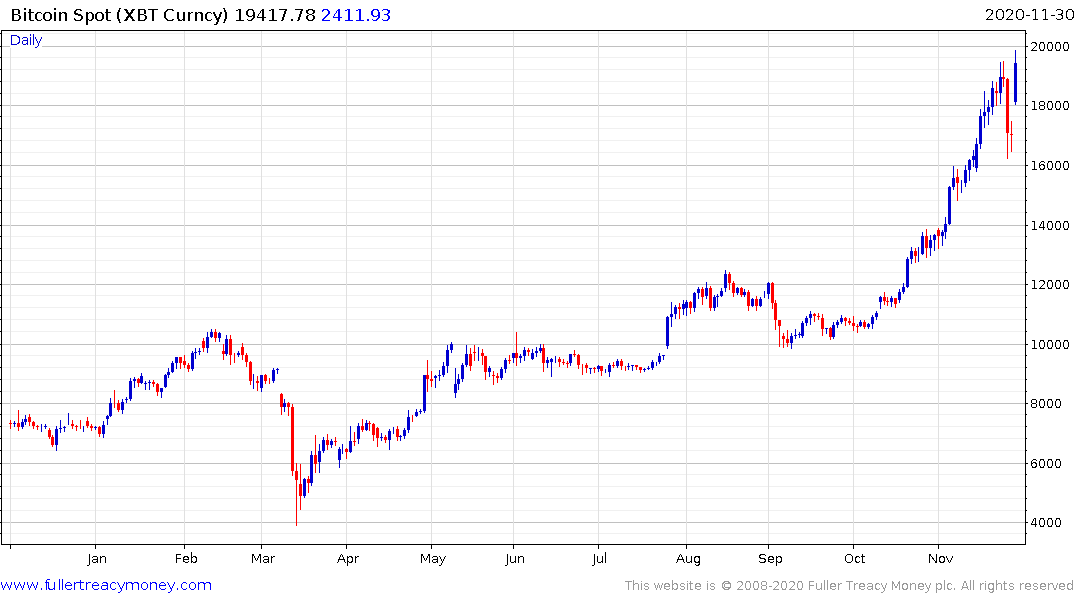 Bitcoin hit a new all-time high today but has yet to close above the psychological $20,000 level. That has been a major point of resistance during the last few years and a sustained move above it would clearly reassert demand dominance. 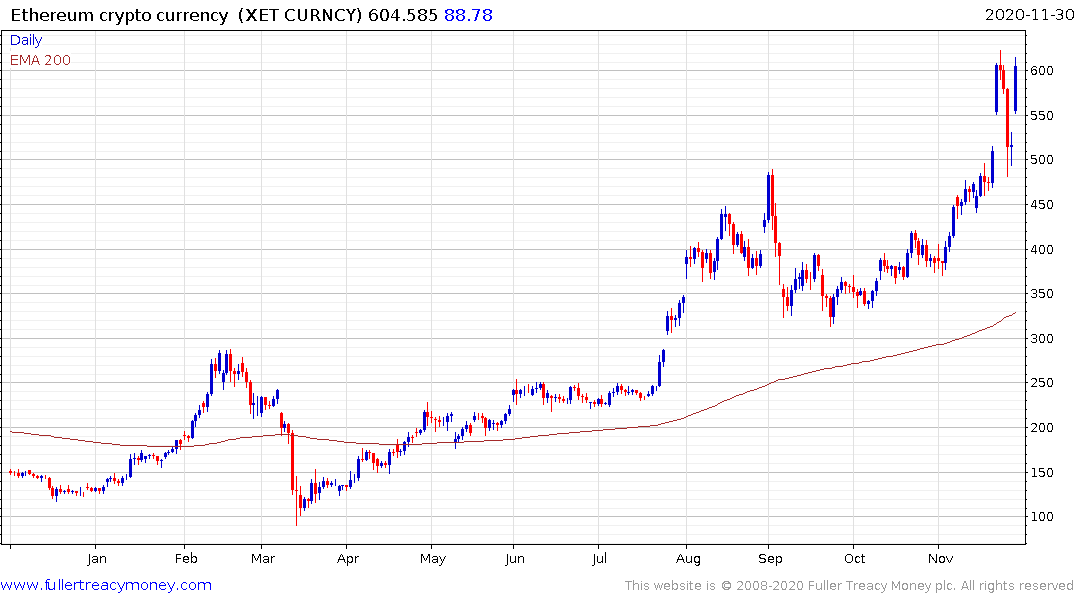 Alt-coins are beginning to play catch up in anticipation of bitcoin extending its uptrend.