Bond traders’ conviction that the Federal Reserve will cut interest rates within months in response to a weakening growth outlook and escalating trade tensions firmed after a batch of weaker-than-expected U.S. jobs data.

Fed funds futures show a quarter-point cut almost fully priced in for July, and indicate about 70 basis points of easing by the end of 2019. The two-year Treasury yield fell as much as 11 basis points to 1.77%, close to the 2019 low reached Wednesday, and it was on course for its fifth weekly decline.

The last time that happened was back in July 2016, when the U.S. central bank’s target range was 2 percentage points lower than right now.

Lead indicators for future problems are flashing orange. If the Fed were to persist in its policy of continuing to raise rates and reducing the size of the balance sheet it would contribute to recession risk. If it steps on the monetary accelerator once more it risks further inflating a bubble, not least in the nonbank lending and private equity sectors.

The bond market is clearly signaling its assumption that the Fed is going to cut rates soon. That represents a headwind for bank margins but is positive for the liquidity fuelled bull market. 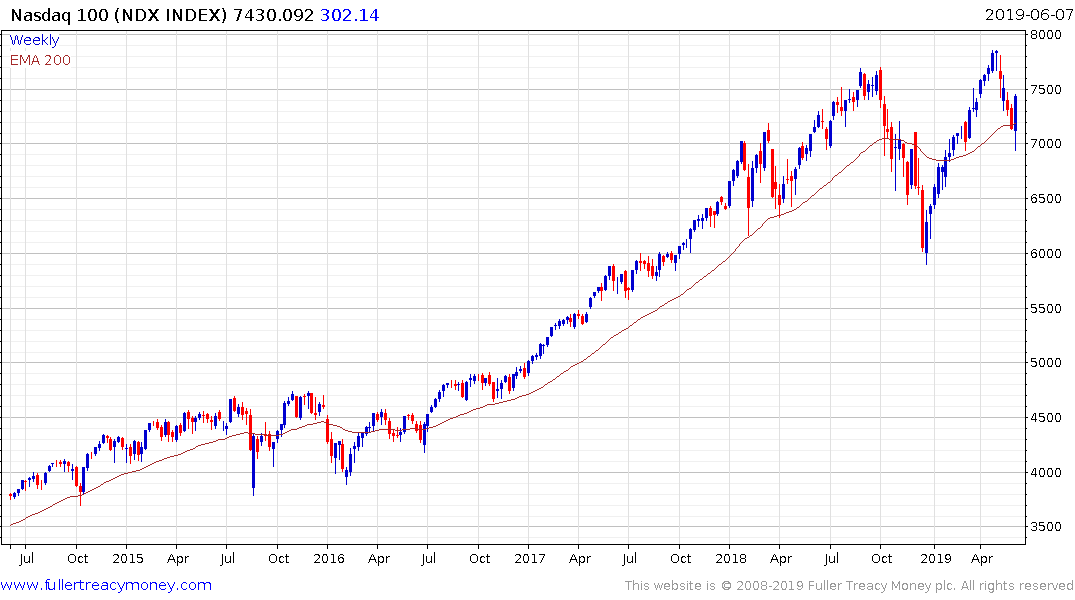 The Nasdaq-100 posted an emphatic upside key reversal this week to confirm near-term support in the region of the trend mean. Upside follow through next week lend further credence to the view this represents a medium-term low. 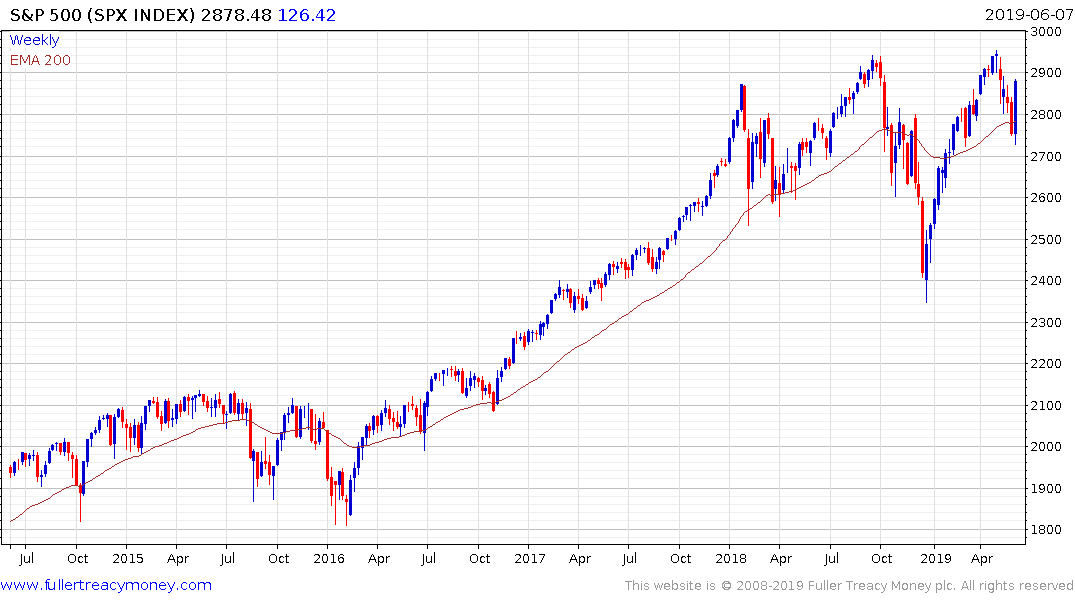 The S&P500 also posted a large upside weekly key reversal from the region of the trend mean.

Provided bounces are sustained, the odds of these 18-month ranges being resolved on the upside has just received a major boost.

The bigger picture is that while many pundits are debating the merits of Modern Monetary Theory, the question is already settled. There is clear linkage between the actions of government and central banks with the latter willing to do the bidding of the former. In the absence of overt inflationary pressures, they have no clear rationale not to print whatever the elected government demands. 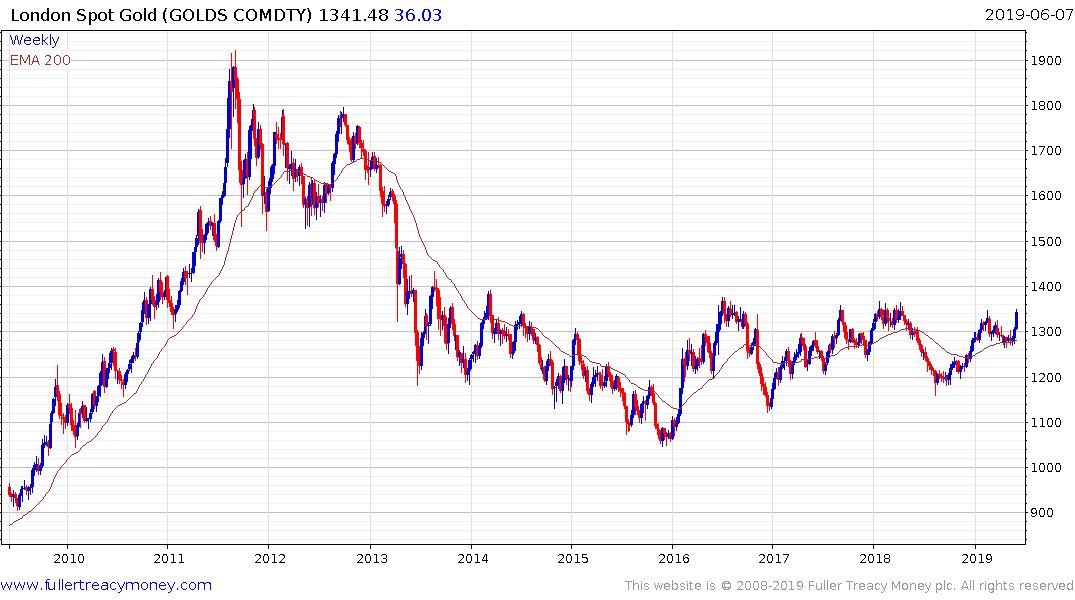 That is one of the primary reasons gold is rallying even more strongly than stocks.