Alibaba's Financial Superstar is Shining Once More
Comment of the Day

Alibaba's Financial Superstar is Shining Once More by Eoin Treacy

At 1.63 billion yuan ($237 million), Alibaba’s share of Ant’s profit was the highest in almost two years. In three of the past eight quarters, Ant ran at a loss or provided zero earnings to Alibaba, according to the data. Despite this uptick, Ant’s contribution to Alibaba’s bottom line remains minor at around 7% of operating income. It could shrink again if Alibaba’s e-commerce business dwindles.

Yet Ant has plans to expand its reach throughout China’s economy, including moves deeper into wealth management and other financial products. This could make it relatively robust against any weakness in online and offline commerce should a macroeconomic slowdown continue.

Given Alibaba’s moves to broaden its business into offline shopping, cloud computing and entertainment, investors may not need to get panicky about retail just yet. But when that time comes, Ant may have grown large enough to shine a bright enough light across the rest of the business.

Both Amazon and Alibaba are discovering that the future of retail is a hybrid online and bricks & mortar experience. That is not what investors believed would be the case when they accepted massive valuations. The theory was the high costs of physical infrastructure on the high street would be replaced by smaller workforces and remote warehouses. The truth is we need both and that comes at a cost. The benefit both companies have is they are in a better position to provide this kind of hybrid experience than many established retailers.

Ant Financial has treaded between the lines of regulation to amass a significant lead in the fintech space. The fact that it has been able to avoid regulation as a bank is a major achievement which is a testament to how well connected the company’s leadership is. That is equally true of Tencent’s WeChat Pay. The risk for all investors is the potential for a change of heart in the central government that could obliterate these businesses with a swipe of a pen. Meanwhile Amazon is exploring financing by offering credit to suppliers and releasing its own range of credit cards. 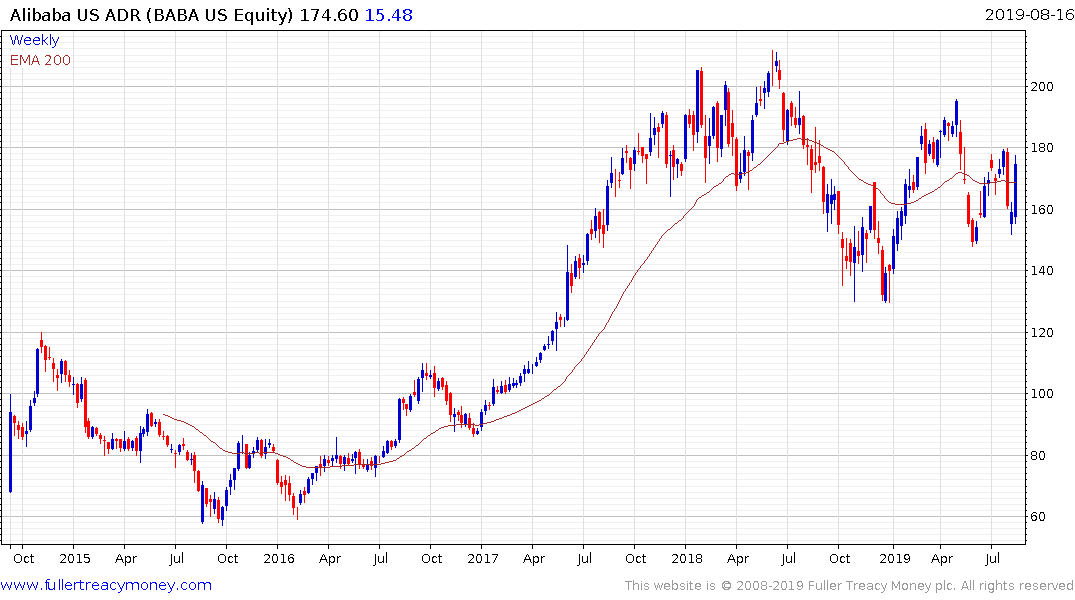 Alibaba has been rangebound for nearly two years and will need to sustain a move above $180 to confirm a return to demand dominance. 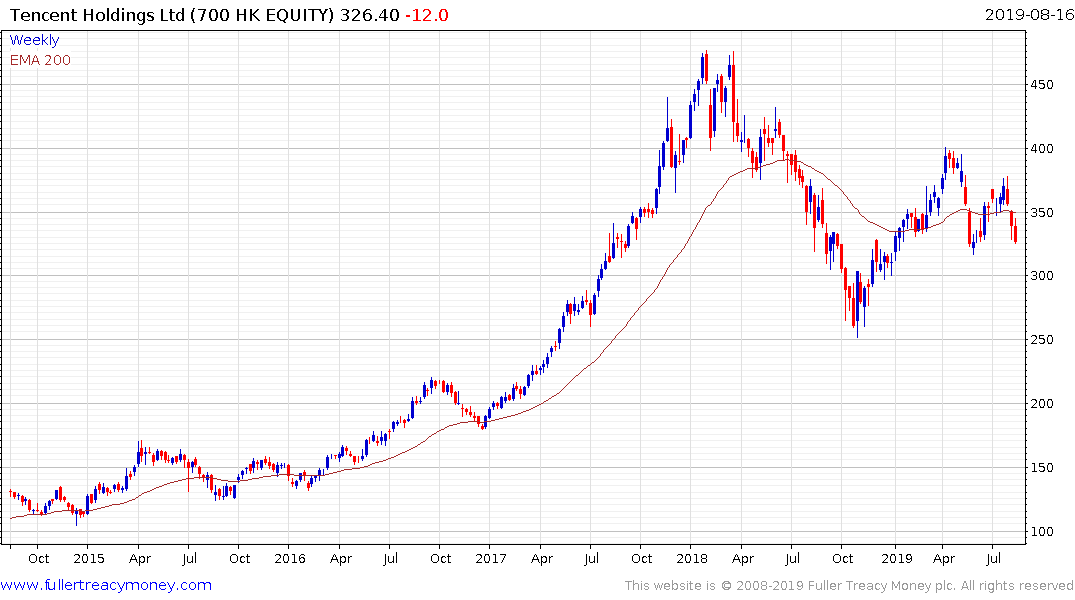 Tencent is trading with a downward bias and is back testing its lows for the year. A clear upward dynamic will be required to check momentum beyond a pause. 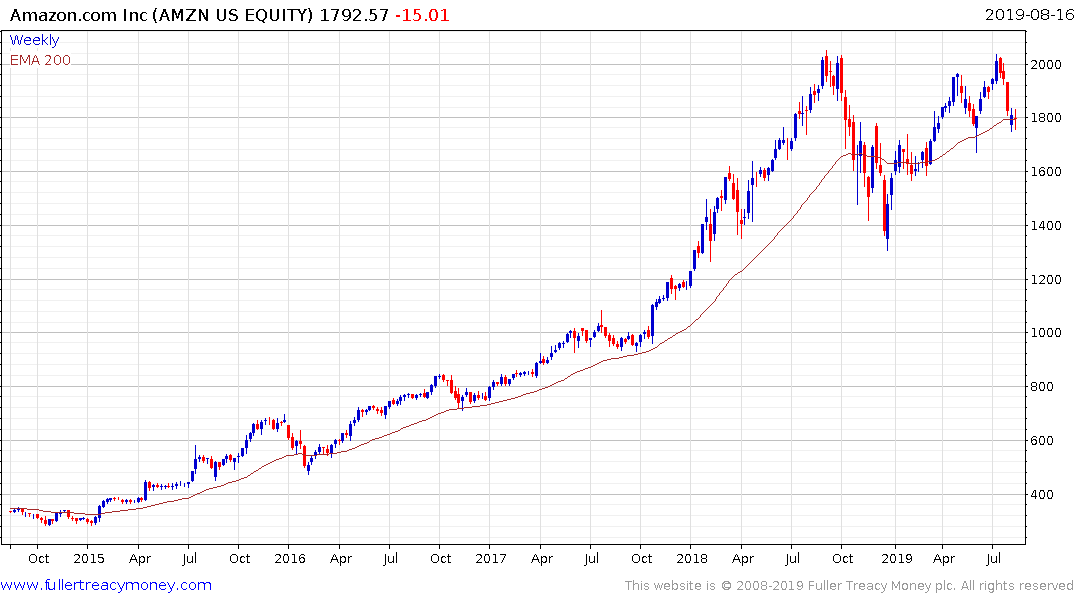 Amazon continues to pause below the psychological $2000 and is testing the region of the trend. A sustained move to new highs will be required to reconfirm medium-term demand dominance.