Ahold Deal Would Create One of the Largest U.S. Grocery Chains
Comment of the Day

Ahold Deal Would Create One of the Largest U.S. Grocery Chains by Eoin Treacy

The Dutch supermarket operator Ahold and the Delhaize Group of Belgium said on Wednesday that they had agreed to an all-share merger that would create one of the largest supermarket chains in the United States.

The deal would combine Delhaize, the owner of the American supermarket chains Food Lion and Hannaford, with Ahold, which owns the Stop & Shop and Giant stores in the United States, amid increasing competition in the grocery sector.

The combined company would be called Ahold Delhaize and would be worth about 26.2 billion euros, or about $29.5 billion, based on market capitalization. It would have more than 6,500 stores and 375,000 employees in the United States and Europe, and sales of €54.1 billion.

The companies, while based in Europe, generate more than half their sales in the United States. The deal is expected to allow them to compete better with the likes of Walmart Stores, the world’s largest retailer, and with discount grocers such as the German companies Aldi and Lidl, and Costco in the United States.

Economies of scale represent a major competitive advantage in a market where inefficiency represents higher costs consumers will simply not accept. While Ahold sold off its Asian and Latin American operations in the 1990s as a result of an accounting crisis, Delhaize still has its Indonesian unit. The merged companies will have substantial footprints in both Europe and the USA. 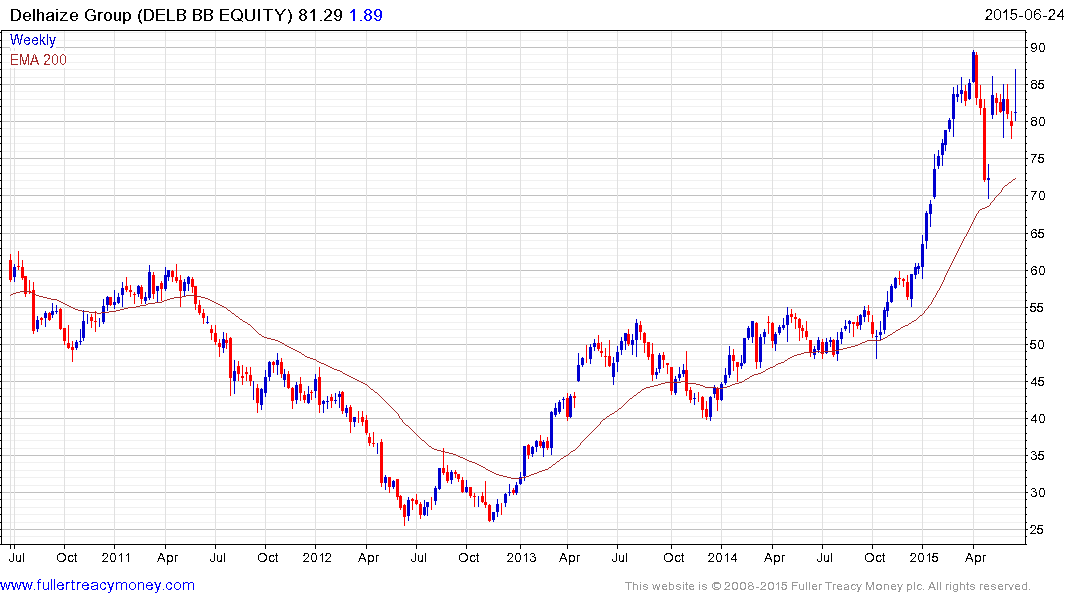 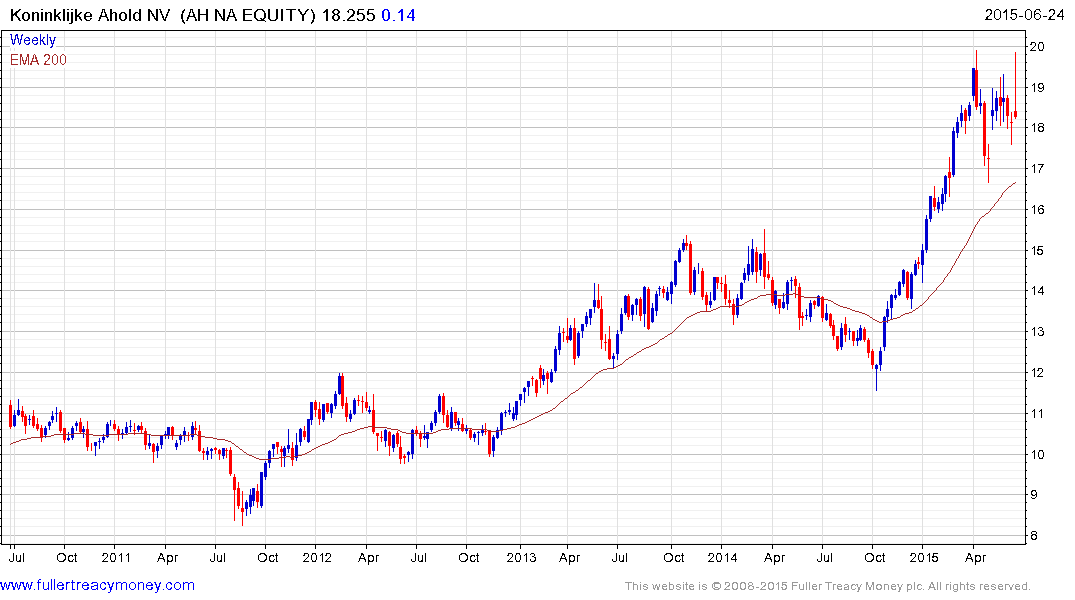 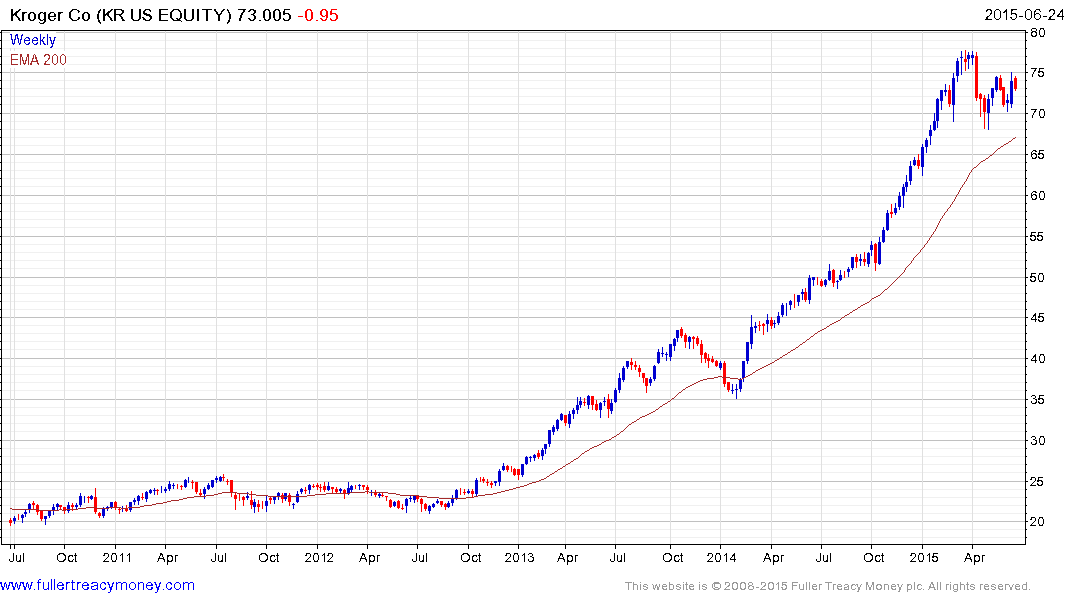 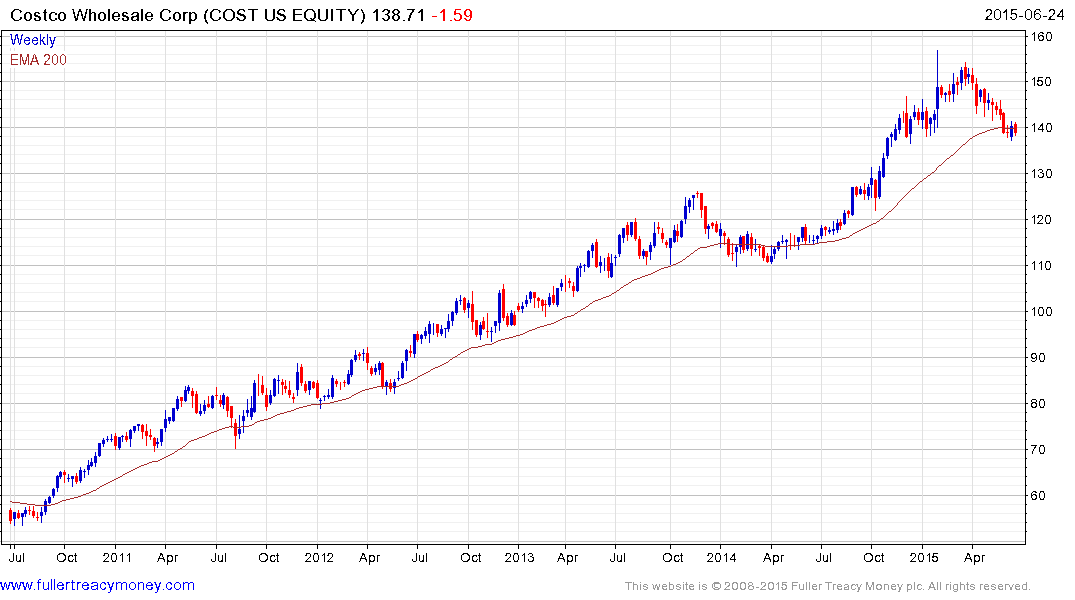 In nominal terms Delhaize, Ahold, Kroger and Costco share broadly similar patterns. They will need to continue to find support in the region of their respective 200-day MAs if potential for additional higher to lateral ranging is to be given the benefit of the doubt. 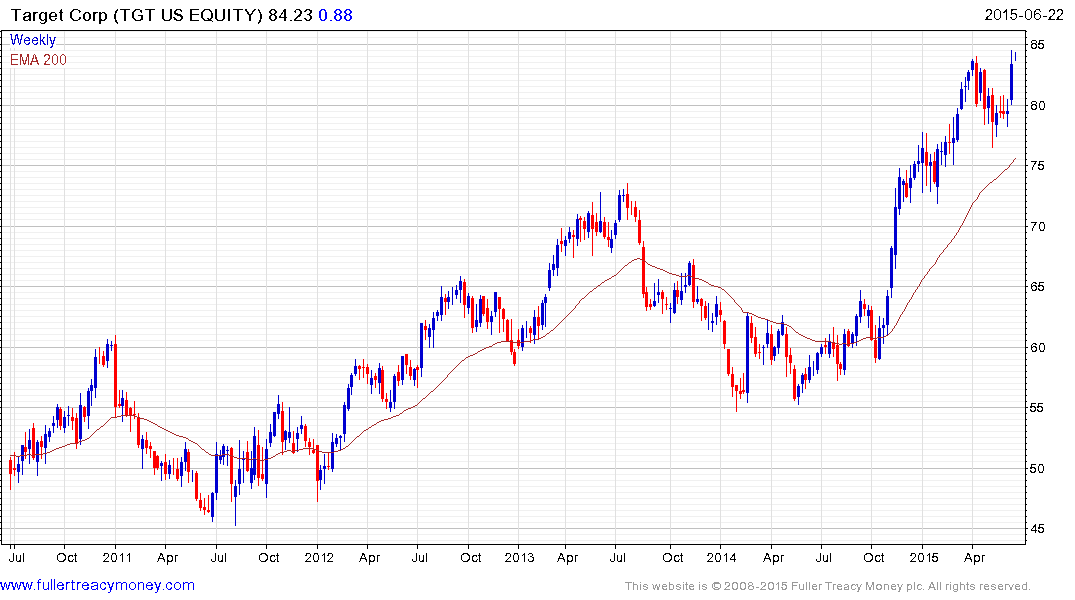 Target broke out to new highs in November and found support in the region of the 200-day MA from mid-May. A sustained move below $75 would be required to question potential for additional upside. 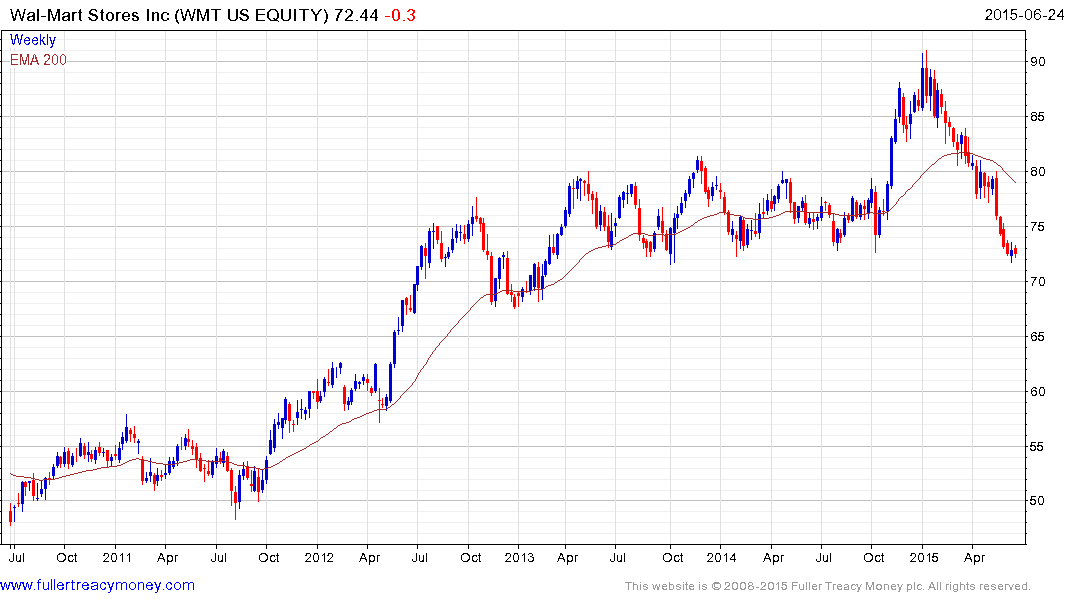 Wal-Mart has fallen back to test the lower side of its more than two-year range following the failed break above $80. It will need to find support in this area if medium-term scope for additional higher to lateral ranging is to remain credible.