Since 2013, the federal regulatory agencies have been warning banks and investors about the potential risks in leveraged lending. These warnings have been both timely and prescient, particularly in view of the ongoing credit debacle in the energy sector. In addition to the well-documented credit risk posed by leverage loans, we believe that the widespread practice of selling participations in leveraged loans represents a significant additional risk to financial institutions and other investors from this asset class.

While regulators have appropriately focused on the credit risk component of leveraged loans held by banks and nonbanks alike, the use of participations to distribute risk exposures to other banks and nonbank investors also raises significant prudential and systemic risk concerns. The weakness in oil prices, for example, has caused investors to cut exposure to companies in the energy sector. This shift in asset allocations caused by the decline in oil prices has negatively impacted prices for leveraged loans and high yield bonds. In some cases, holders of these securities are attempting to exit these exposures by securitizing the participations.

The investor exodus away from leveraged loans with exposure to the petroleum sector brings back memories of the 1970s oil bust, an economic shock that led to the failure of Penn Square Bank in 1982, the subsequent failure of Seafirst Bank later in that year, followed by Continental Illinois Bank in 1984. Before its failure, Penn Square technically continued to "own" — and service — loan interests held by other banks with participations. As receiver for the failed bank, the Federal Deposit Insurance Corp. deemed those investors to be nothing more than general creditors of the failed bank's estate. Those participating banks lost their entire investment.

Leveraged loans issuance overtook the 2007 peak a couple of years ago. That fact is bemusing to many people who remember claims that bankers would never again engage in such activity. Yet with interest rates so low and the demand for yield so high the rationale for issuing to less than optimal borrowers is hard to resist.

It’s easy to identify the problem ahead of time but the more important call is when is it likely to come to a head? Higher interest rates eventually choke off supply of liquidity to highly leveraged borrowers and the decline in oil prices have certainly had an impact on the oil sector. The pace of bankruptcies is expected to rise in the high yield sector as the impact of sub $100 oil prices takes its toll on high leveraged players. However there is little evidence just yet that this is affecting demand for high yield energy bonds where spreads have contracted from 1600 to 800 basis points since January.

This contraction has coincided with the almost doubling in oil prices so it is reasonable to expect that when oil prices eventually break their progression of higher reaction lows high yield energy bond spreads will begin to move higher. 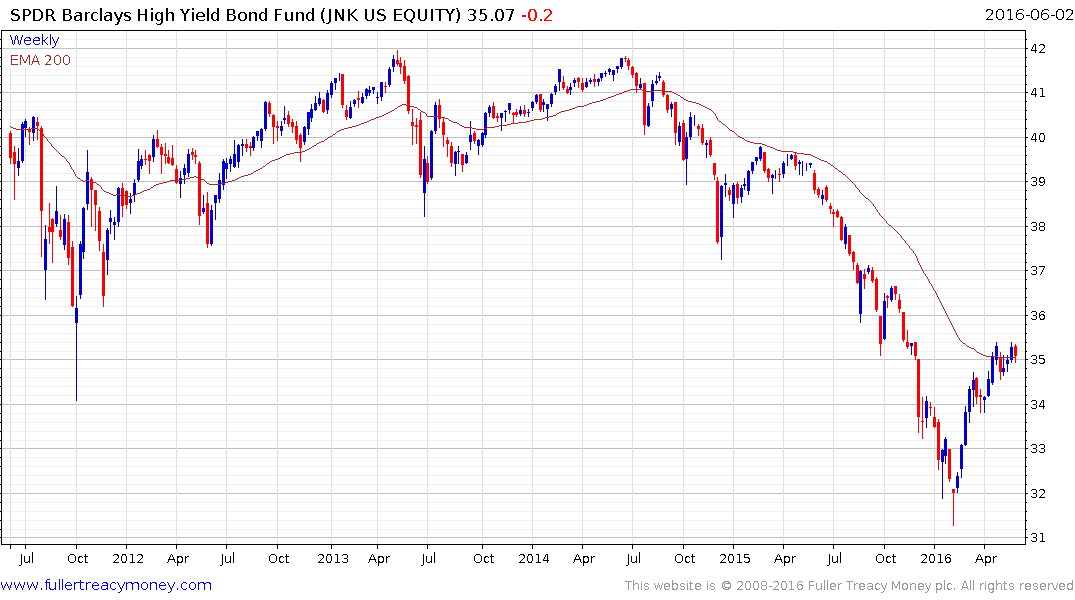 The SPDR Barclays High Yield Bond ETF (JNK) has about 10% of its portfolio in energy. It has now unwound its overextension relative to the trend mean and also continues to hold a progression of higher reaction lows. 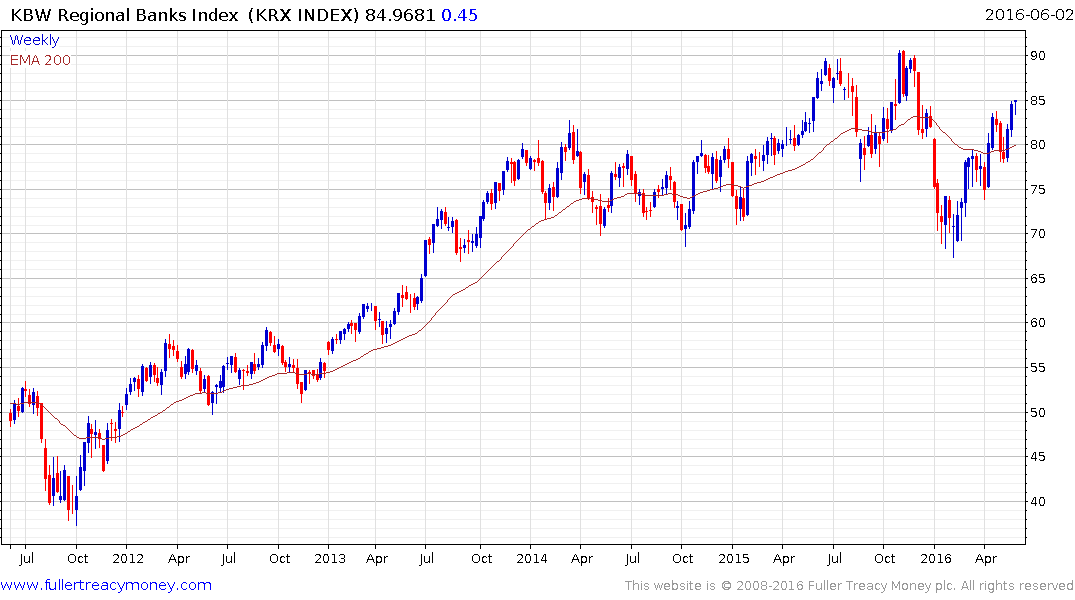 The KBW Regional Banks Index, where one might expect to see signs of stress should bankruptcies begin to become an issue, continues to rebound from the February lows and is now approaching its recovery peak. 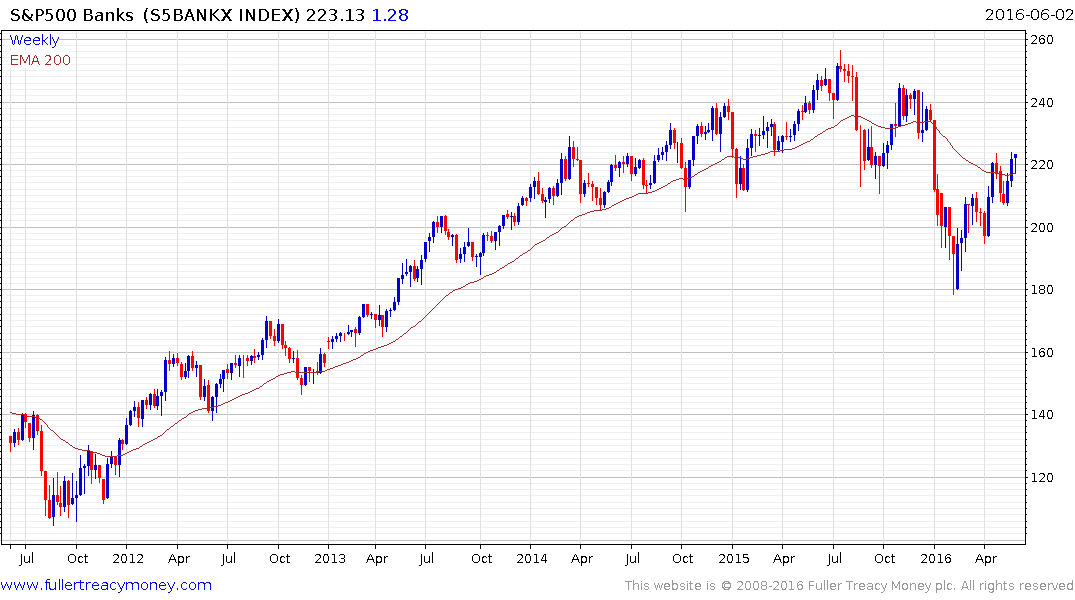 The S&P 500 Banks Index also continues to hold a progression of higher reaction lows from the February low and is now trading back above the trend mean.