2020 outlook for markets by Eoin Treacy

The research departments of major asset managers are currently putting out their expectations for what to expect in 2020. There is a great deal of commonality in what is being predicted. The reality is many investors went to cash a year ago and were slow to reinvest. They continue to feel shy about being fully committed and still feel a great deal of uncertainty. That it being reflected in the views being espoused in predictions for 2020.

In perusing a number of reports it struck me that the front page graphics give us a picture of sentiment. 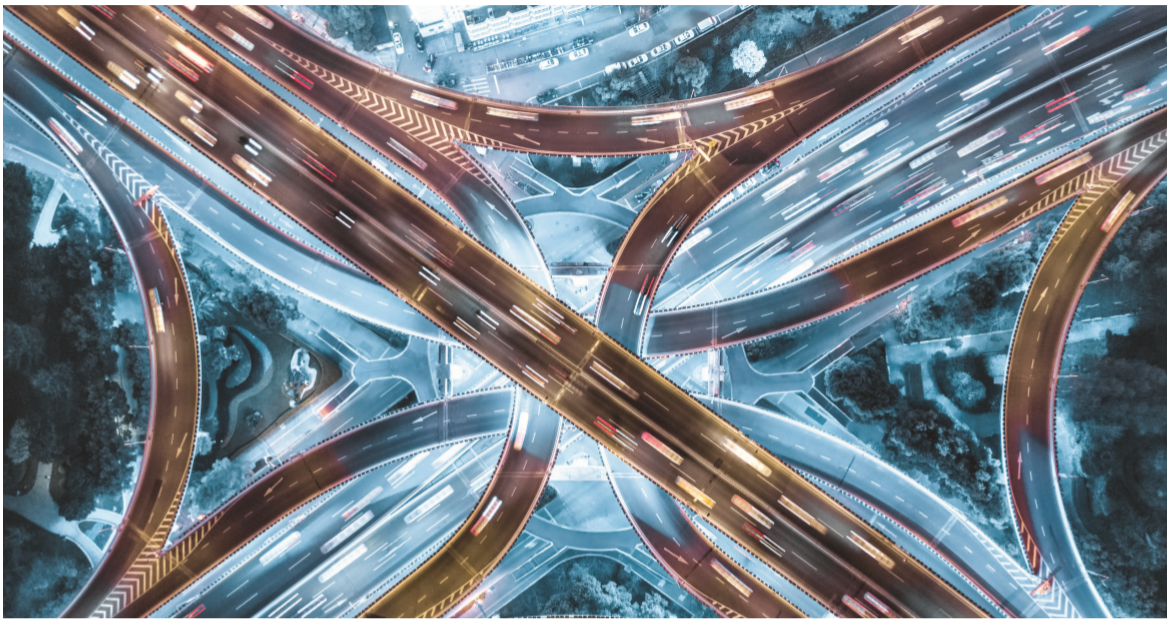 JPMorgan’s graphic says its complicated but it works. 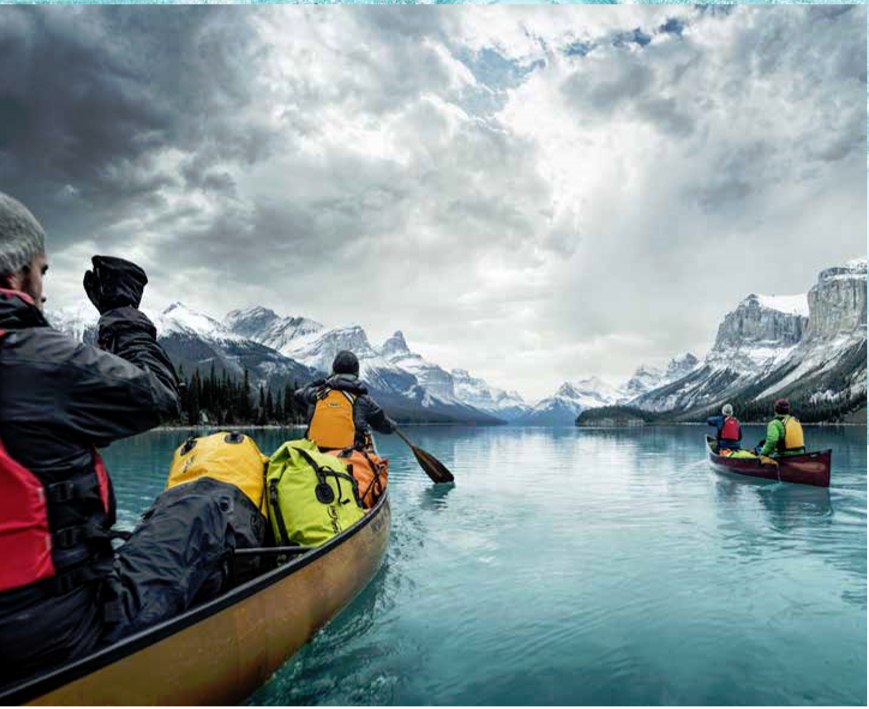 Barclays is paddling up river and is wearing a survival suit.

UBS is looking for rare blooms or maybe green shoots. 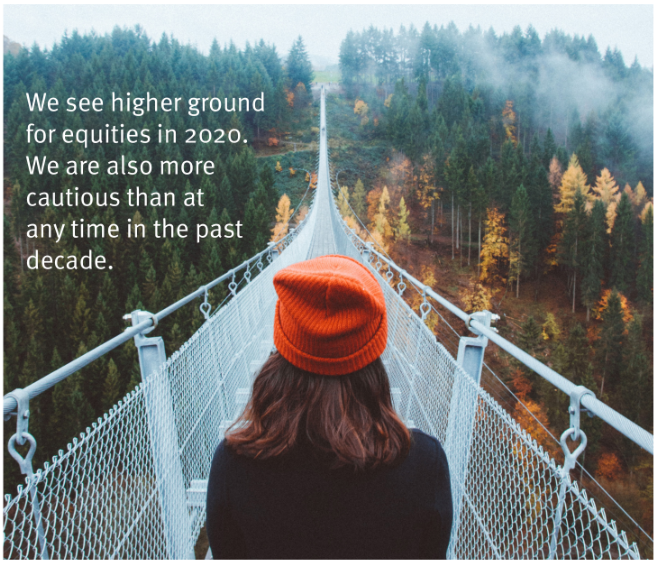 RBS can see the other side but it’s an uncertain path to get there. 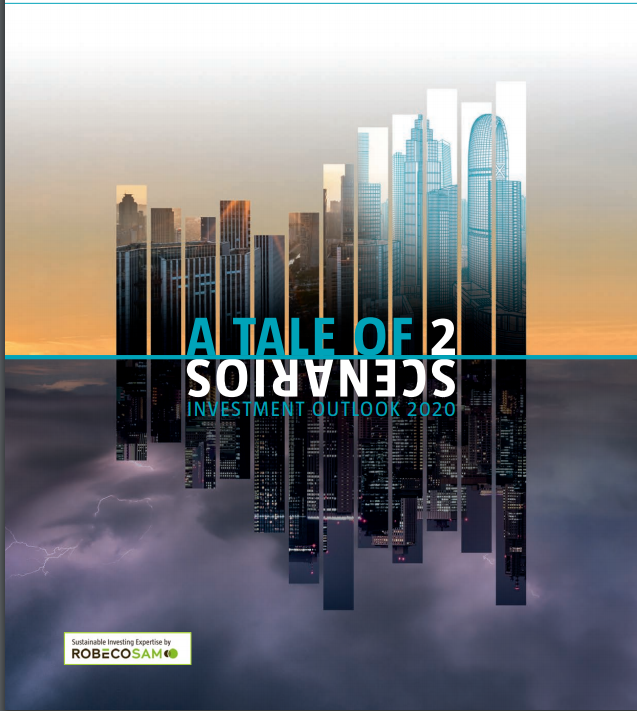 Robeco is hedging its bets between extreme outcomes. 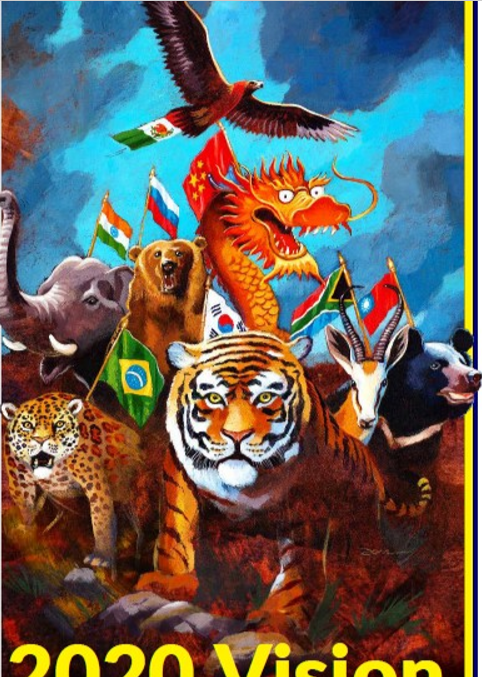 CLSA is looking for emerging markets to roar back.

Fidelity is hoping for a final launch higher but perhaps a major decline thereafter. 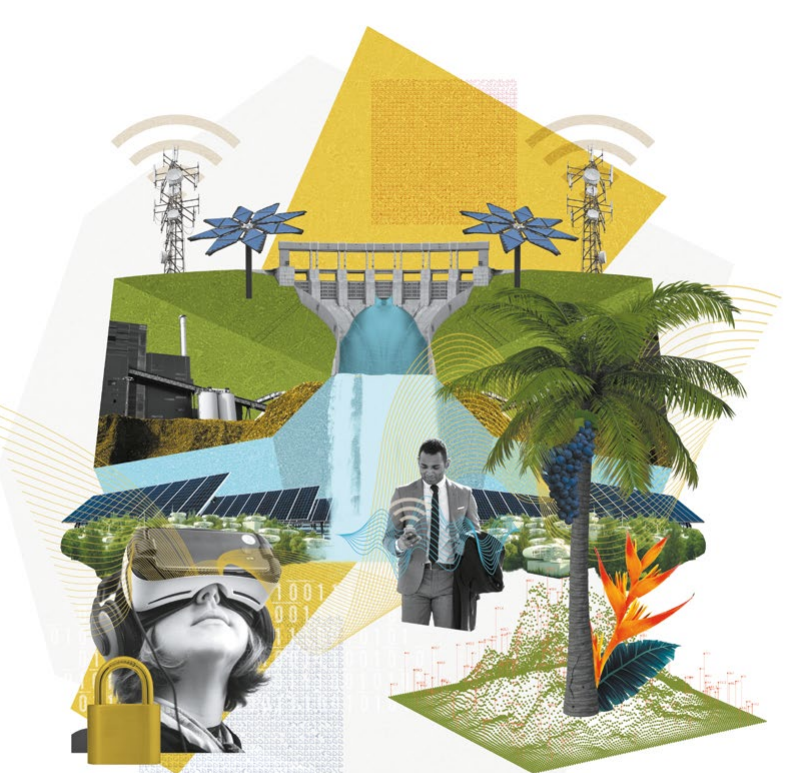 Citigroup is the only one I have seen to look at the world around us in their optimistic outlook.

The general tone is we have been through an uncertain period and it is not over yet. However, the problem with that conclusion is it is consensus but it neglects to consider markets are discounting mechanisms.

The biggest events that have occurred in the last few months are the Fed cutting interest rates, the ECB has embarked on a modest but open-ended quantitative easing program, the Fed has injected more than $300 billion into its balance sheet, the US government is running more than $1 trillion deficits, Japan just announced a $239 billion stimulus, the UK, Australia and Canada are all stimulating.

The lag between when these kinds of initiatives are implemented and when they gain traction in the economy is about six months but the stock market has lost no time in pricing in the effects of additional stimulus.

There is good data on what kind of returns to expect following an outsized year of gains and the clear message is don’t expect the same. The base effect of the bounce in the first quarter helped to provide the bulk of this year’s return which is a mitigating factor in expecting a modest 10% or so advance for the year. Alternatively, if the pattern following the last two significant breakouts from 18-month trading ranges is repeated we can expect a more impressive performance in 2020. 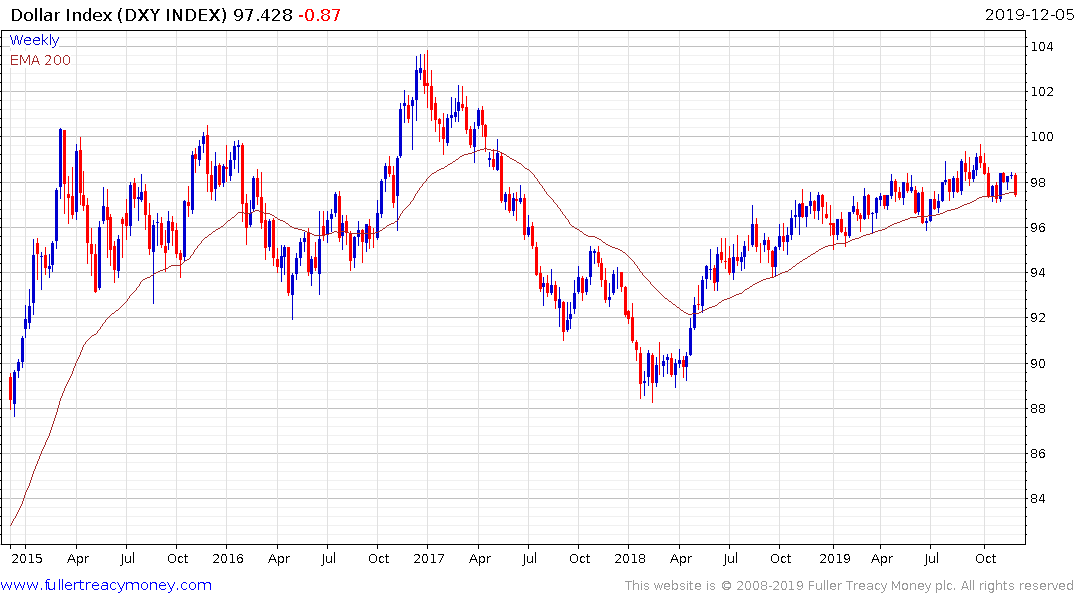 The potential for Dollar weakness to form the basis for nominal price appreciation is one of the more likely scenarios in my view and that has the potential to support emerging markets, particularly where governance is improving.

The clearest potential near-term catalyst would be a phase 1 trade deal which cannot be ruled out as we approach the December 15th deadline. The best thing about looking at price action is following a breakout it is easy to analyse. If the breakout holds, we give the benefit of the doubt to the upside. If it fails to hold, we need to reassess.