What if the US and China Reach a Trade Deal?
Comment of the Day

What if the US and China Reach a Trade Deal? by Eoin Treacy

A large Chinese purchase of US LNG could be a win-win deal: If China procures 75% of its incremental LNG needs from the US by 2025 (~40 MTPA), it could reduce the trade deficit by ~US$17bn annually. Meanwhile, given US gas prices are very competitive, such a purchase could save China ~US$1.8bn/year in annual energy costs relative to other sources of supply - a win-win transaction for both China and the US, in our view.

Sinopec, ENN, China Gas and CIMC Enric potentially to benefit most in Asia: Thanks to the large LNG imports from the US, those companies are likely to benefit thanks to: 1) higher gas sales volumes; 2) cheaper feedstock costs; and 3) better gas equipment demand. Cheniere and Sempra could benefit in the US: In the US, Cheniere and Sempra could see additional LNG development projects advance, increasing long-term earnings and cash flow. We also believe XOM could potentially execute sales agreements for its Golden Pass facility. Another wave of US LNG volume growth could also put slight upward pressure from 2025 on US natural gas prices (though they would likely remain below US$3/MMBtu), benefitting natural gas E&Ps and XOM relative to a "no trade deal" scenario.

Gazprom and Woodside potentially would face some headwinds, but only in the long term: If the US is taking a bigger market share of LNG demand in China, it could lead to a lower appetite for gas from Russia and Australia. However, we think such a change would be unlikely to introduce any material fundamental impact in the next 2-3 years. It is more likely to reduce the possibility of them securing large new projects after 2023, in our view. 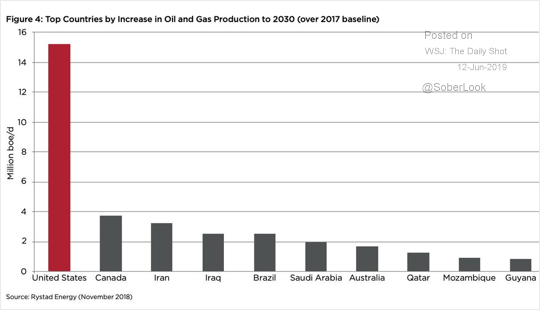 The USA has become a major energy producer in its own right for both oil and natural gas. That is creating international competitive forces because it upsets the status quo.

The USA had been the largest energy consumer commodities for decades. That had allowed other countries to compete with one another for the available market and not least to supply the USA. Today, instead of being the biggest consumer the USA has the largest potential for supply growth. That puts it in direct competition with other major suppliers but most particularly Russia and Iran which have historically been outside its sphere of influence anyway.

There is clear potential for any future trade agreements the USA signs to include an energy component in return for access to both its technology and large consumer base. 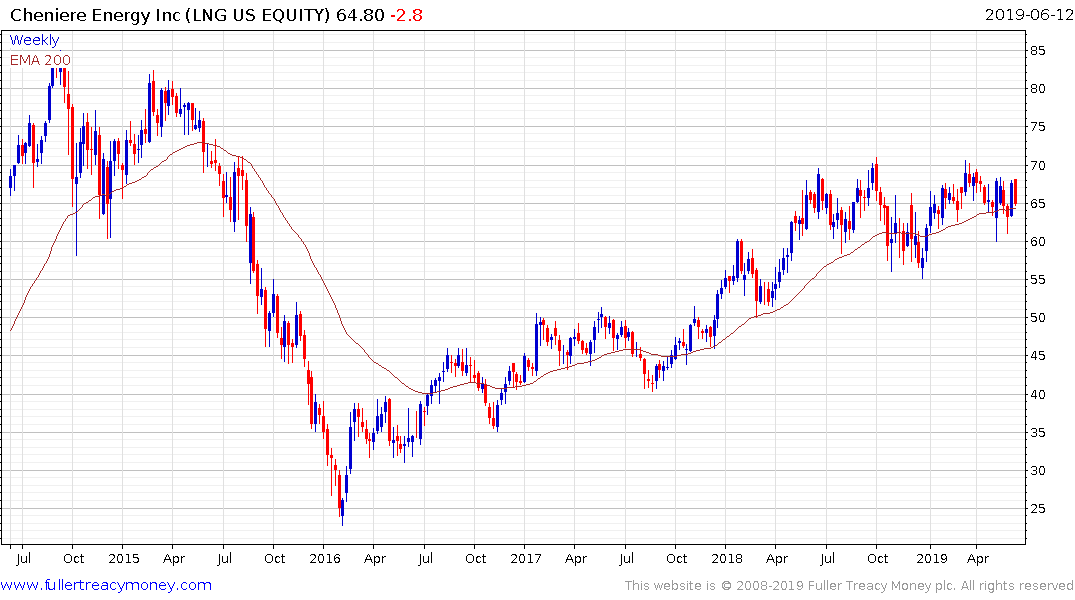 Cheniere Energy has been ranging for a year and will need to continue to hold the low near $55 if medium-term scope for continued higher to lateral ranging is to be given the benefit of the doubt. 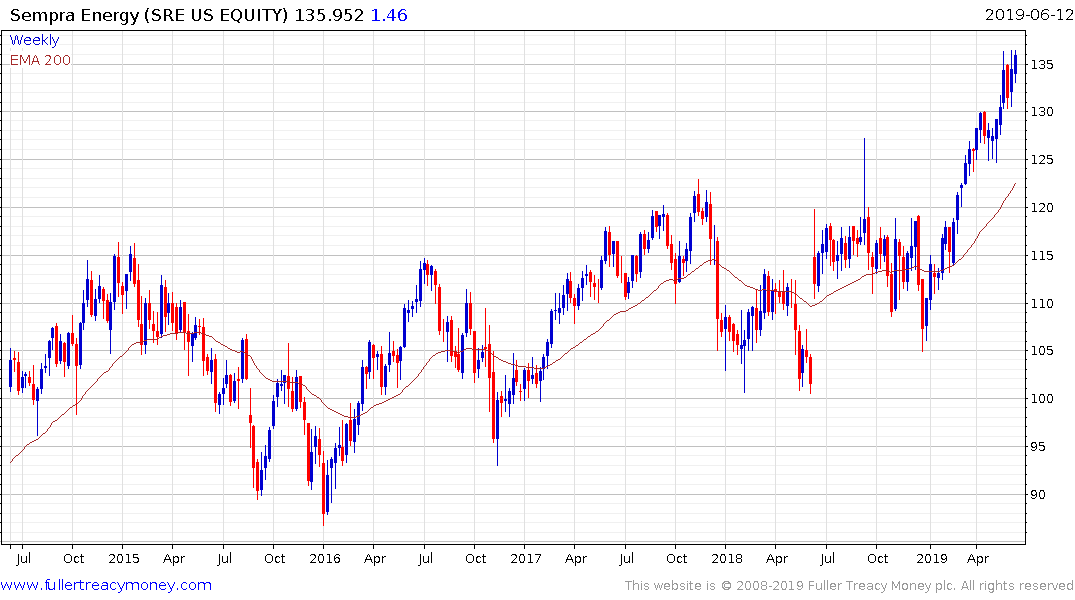 Sempra Energy completed a four-year range in February and continues to extend the breakout.

Gazprom is back testing the upper side of its range as it tests historic resistance near $30. 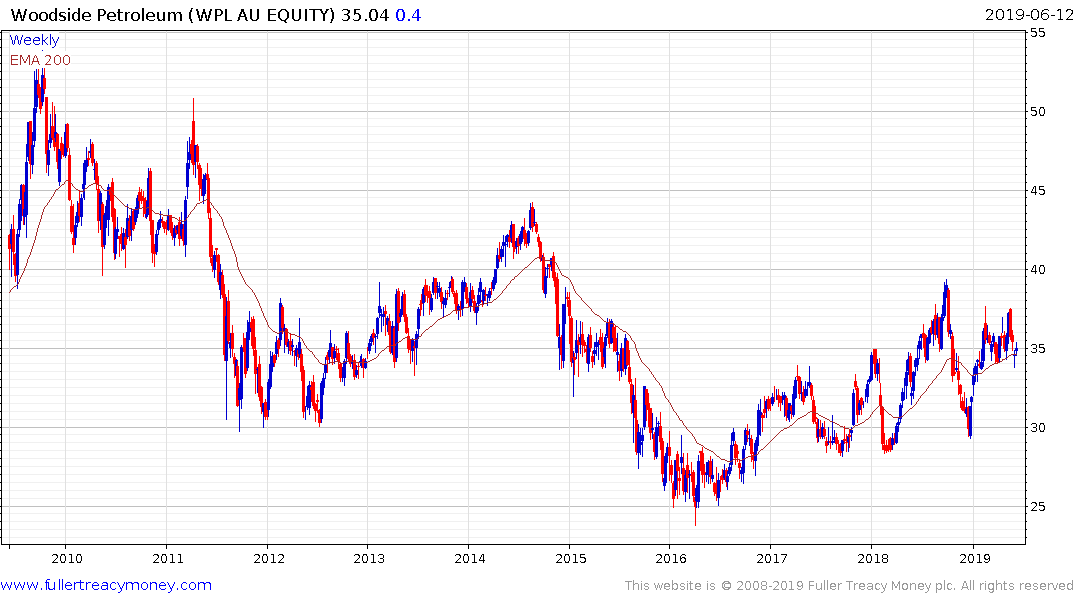 Woodside Petroleum has been ranging mostly above $30 since 2008, and rebounded from that level again in January. Nevertheless, it has a very choppy pattern which suggests investors still need to be convinced of the share’s long-term potential.