Kyushu Electric Power Co. today received final local approval to resume power generation at its Sendai nuclear plant in northern Japan, according to a prefecture statement. All reactors in Japan have been shut since a March 2011 earthquake and subsequent tsunami led to a meltdown at Tokyo Electric Power Co.’s Fukushima Dai-Ichi nuclear power plant, the worst nuclear disaster since Chernobyl

“We have been waiting for this moment for a long time,” David Sadowski, a Vancouver-based analyst at Raymond James Financial Inc., wrote today in a note to clients. “Restarts in Japan will reduce the threat that Japan’s utilities will dump their uranium inventories into the market.”
Sendai’s two reactors are in position to be the first nuclear plants in Japan to resume operations under more stringent safety rules set by the country’s nuclear regulator.

?Officials in Satsumasendai city, the closest community to the reactors, last month voted in favor of allowing restart. Final reviews of construction and safety rules must still be completed. 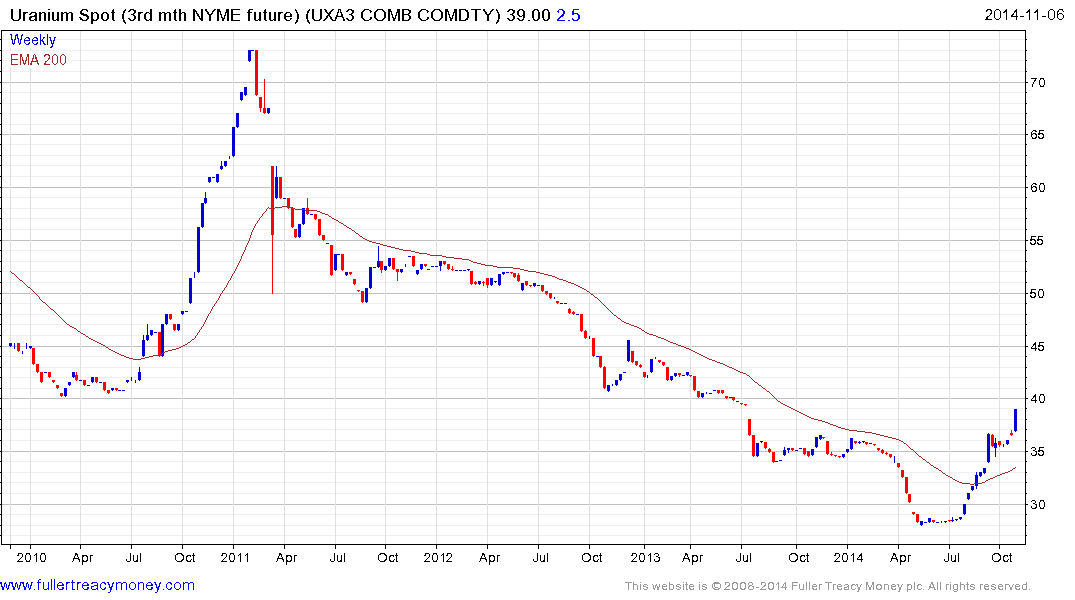 Increased geopolitical tensions with Russia and the prospect of Japan restarting more of its stalled nuclear reactors have both contributed to a firmer tone for uranium prices. The spot index rallied to break a more than three-year progression of lower rally highs by September and spent much of the subsequent month consolidating, before breaking out once more. A sustained move below $35 would now be required to begin to question medium-term recovery potential. 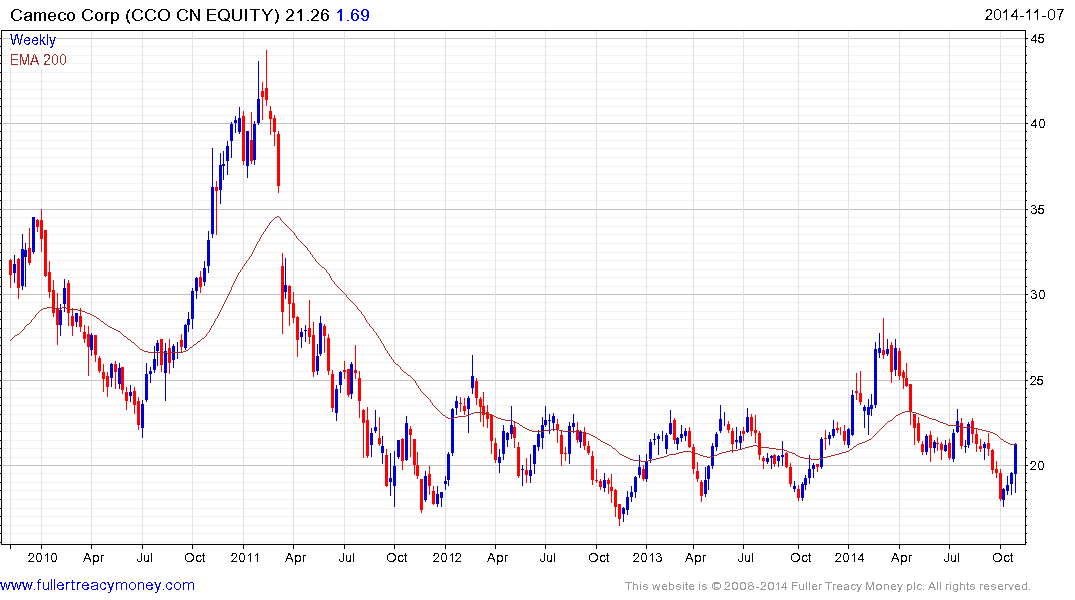 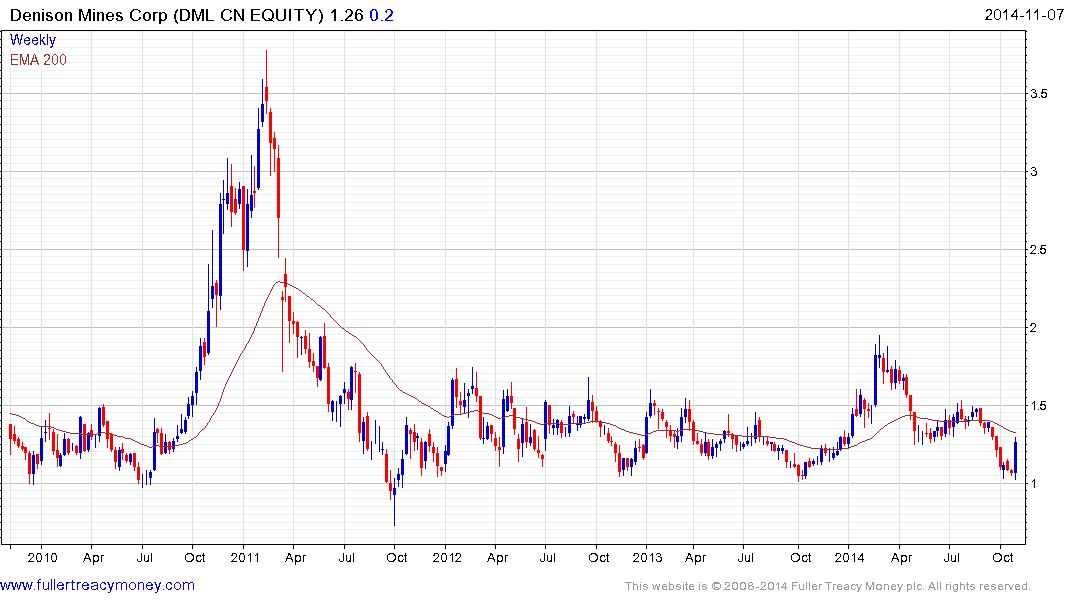 Uranium mining stocks have been slow to react to this development but today’s news was received positively by both Cameco and Denison Mines, both of which rallied impressively from the lower side of their respective ranges. 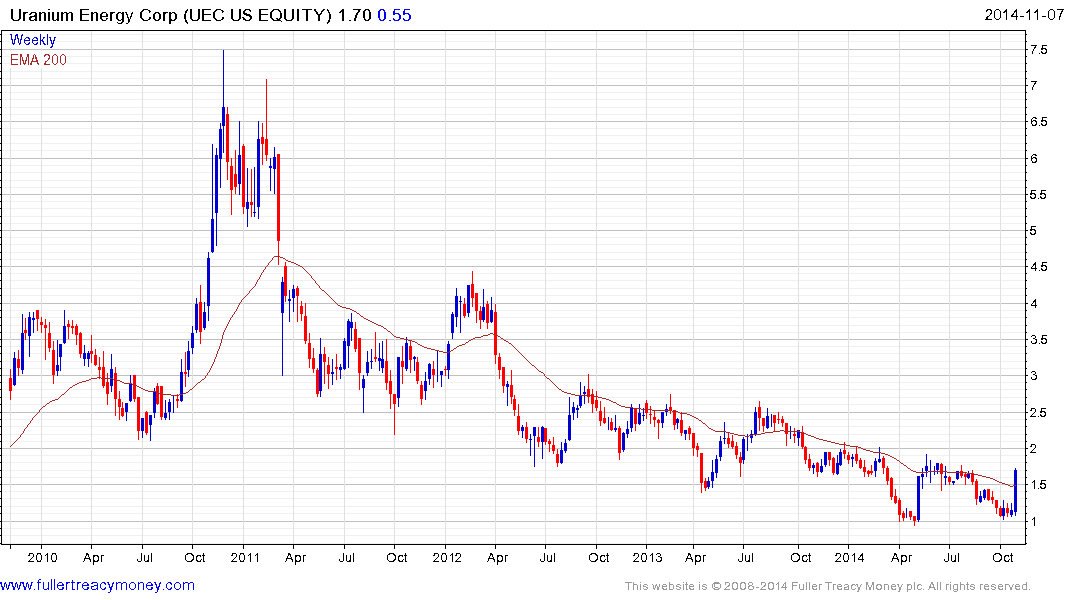 Uranium Energy Corp may be in the process of breaking its medium-term progression of lower rally highs.