U.S. airline shares tumbled, erasing an earlier gain, after the initial Associated Press report on the inquiry. Citing a document, the AP said the department was investigating whether carriers were colluding to help prop up airfares.

The Bloomberg U.S. Airlines Index slid 4.7 percent, the biggest intraday drop since June 8, at 2:03 p.m. in New York. The gauge rose as much as 1.7 percent earlier.

Airlines have benefitted enormously from the fall in oil prices, the recovering economy and consolidation in the aftermath of the credit crisis. If you have booked a summer holiday in the last month you will have noticed that the price of airline tickets has not come down and differences in pricing between airlines is almost non-existent. Little wonder then that the Justice Department is asking why? 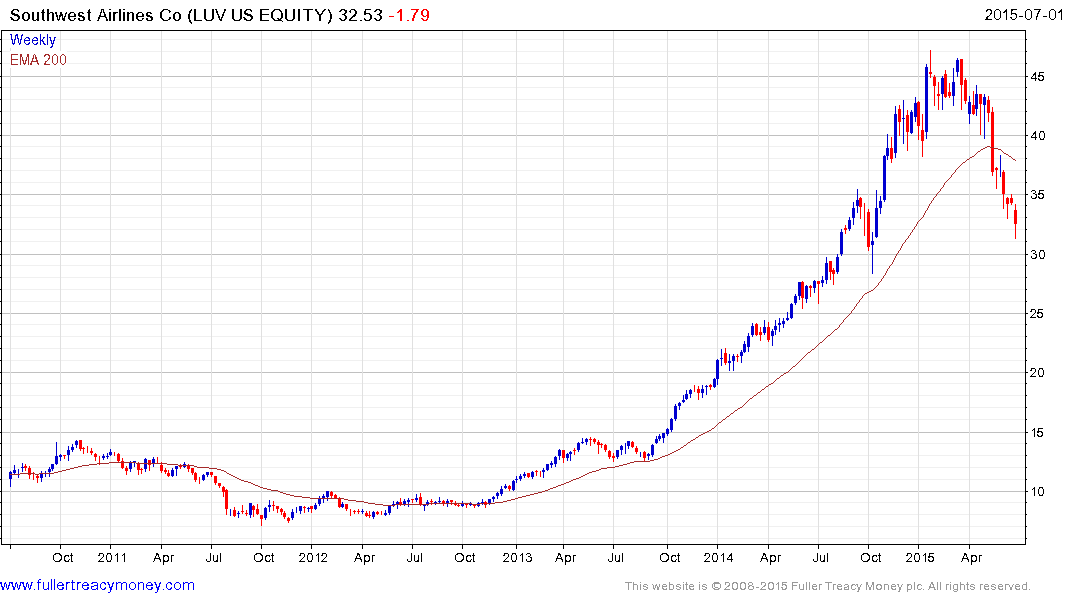 A process of mean reversion was underway for much of the year but shares like Southwestern, United Continental and Delta have all now sustained moves below their respective trend means and breaks in the progressions of lower rally highs will be required to signal a return to demand dominance. 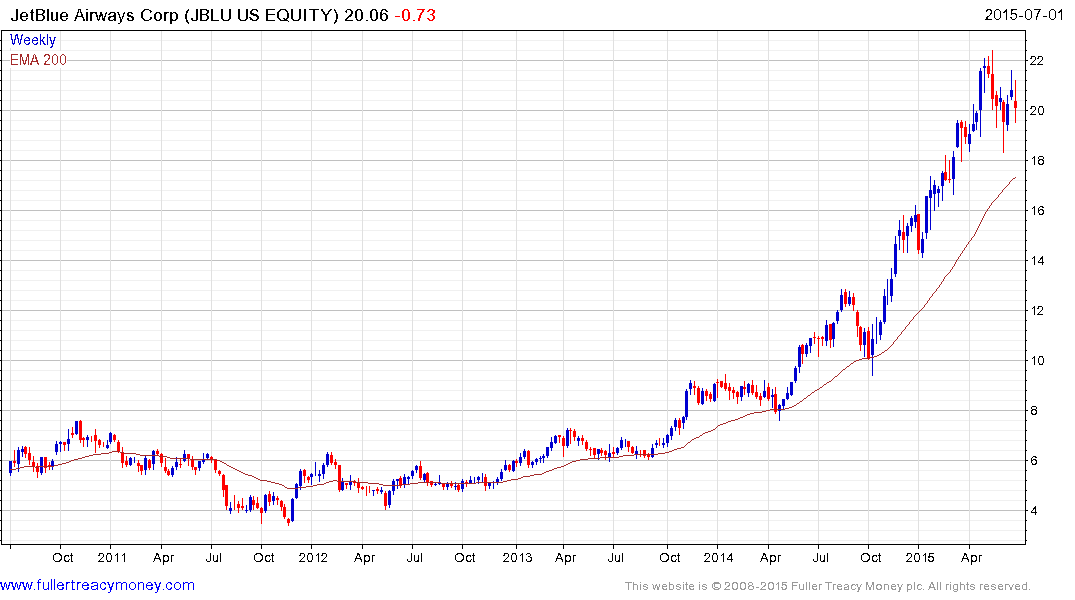 JetBlue Airways is still conspicuously overextended and potential for additional mean reversion is looking more likely than not.