Review of European oil majors
Comment of the Day

The geopolitical price premium started to blow out as the market started fearing shut out oil from Russia related to the Ukraine crisis. What if Russian troops really enter the eastern parts of Ukraine and the western powers are forced to impose much stricter sanctions towards Russia. Will oil be part of any sanctions from the western powers? Will Russia be able/willing to use oil as a weapon to retaliate stricter western sanctions?

These mentioned worries have led to financial players adding to their net long oil holdings in the Brent market since the start of April. The buying pressure has come both from adding new long positions but also from squaring short positions as can be seen in the graph below. Money Managers have rarely held fewer short positions in Brent futures and also rarely held more long positions. This close to record net length in Brent futures held by financial players always represent a downside risk for oil prices in the short term. During the last 15 months we have had two major sell-offs of net long positions by these kinds of players. We had one last year from mid-February that lasted into April which chopped 18 $/b off the Brent price and we had one in September-November last year that shaved 10 $/b off the Brent price. As we are again close to record net length held by these players this is a large bearish mark in our score card for the short term (reverse indicator). The longer the net length held by Money Managers the larger the short term downside risk.

A great deal of attention is currently centred on political tensions between Russia and Europe/USA. However, despite the leveraging up of long positions Brent Crude Oil prices have been reasonably static; ranging between $105 and $112 since at least November. 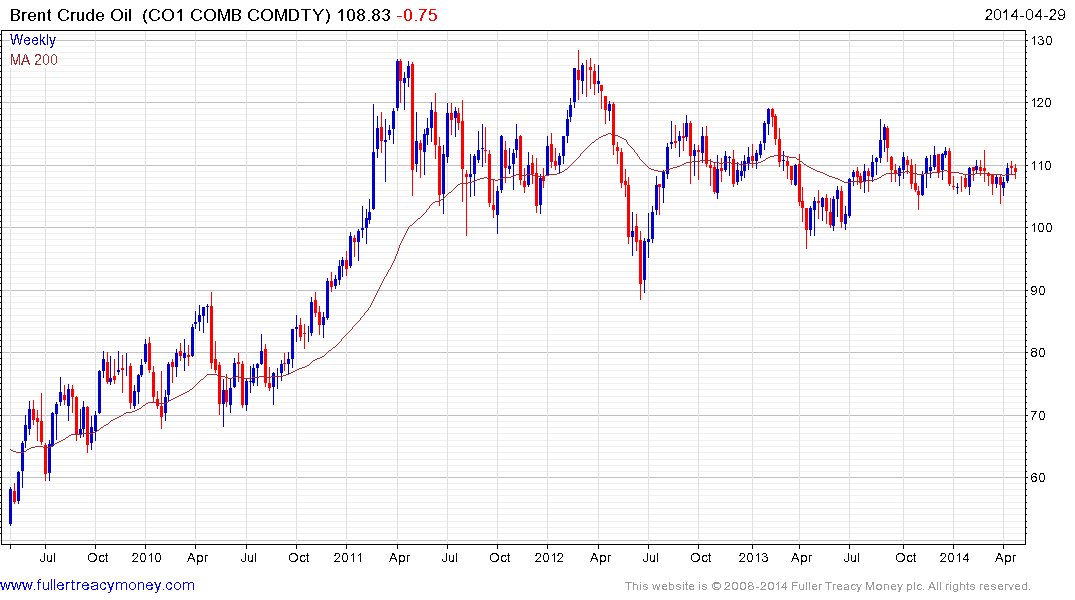 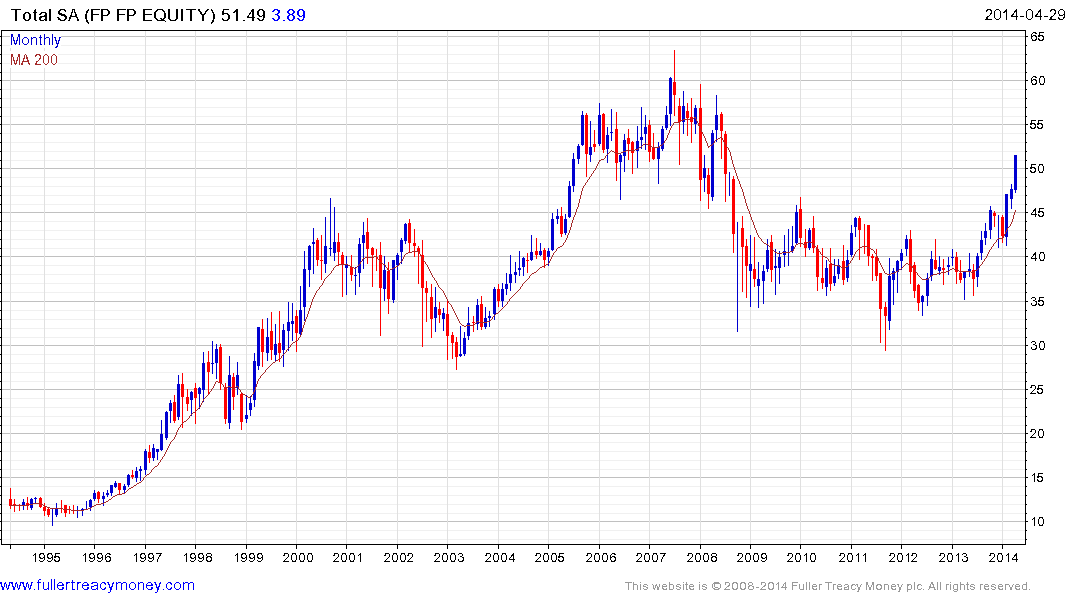 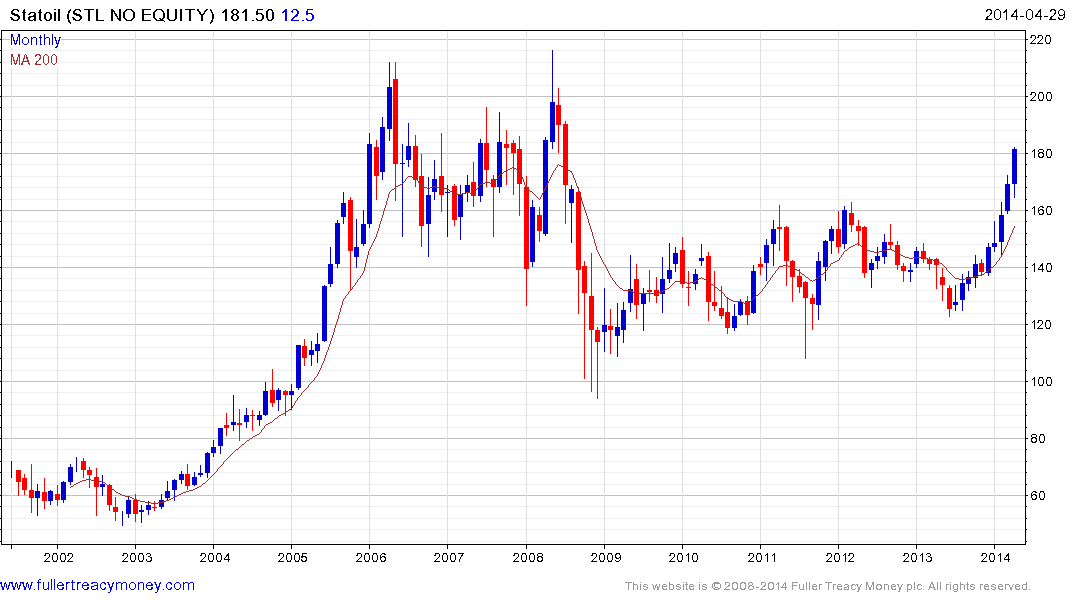 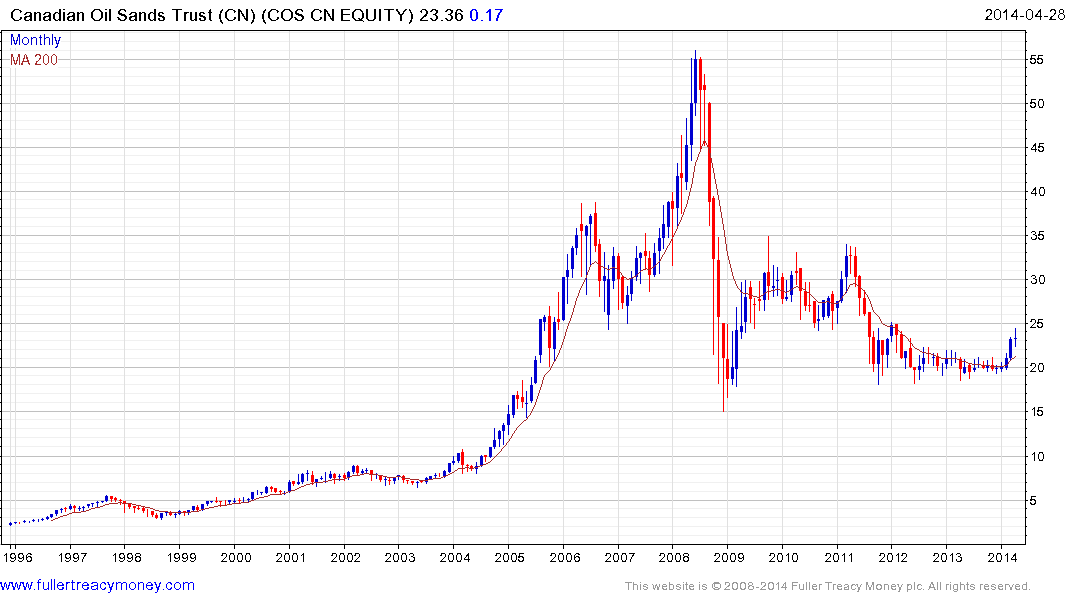 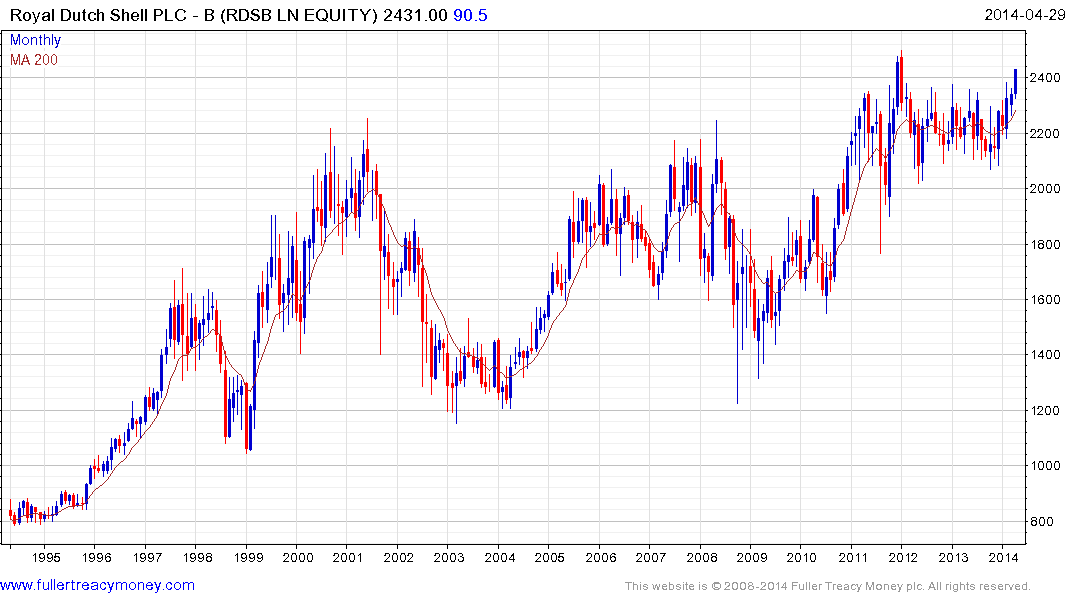 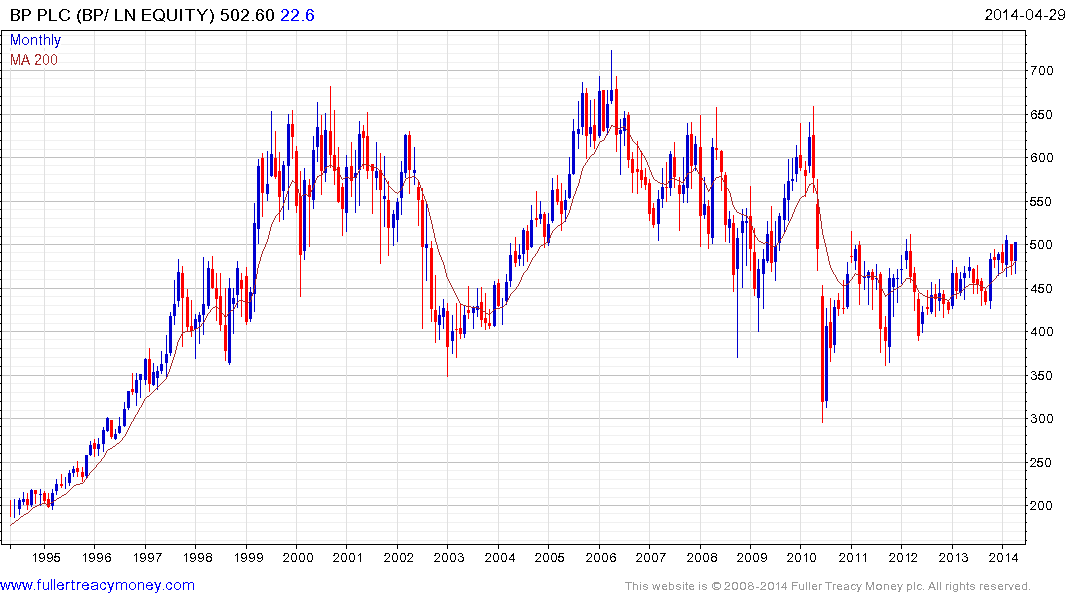 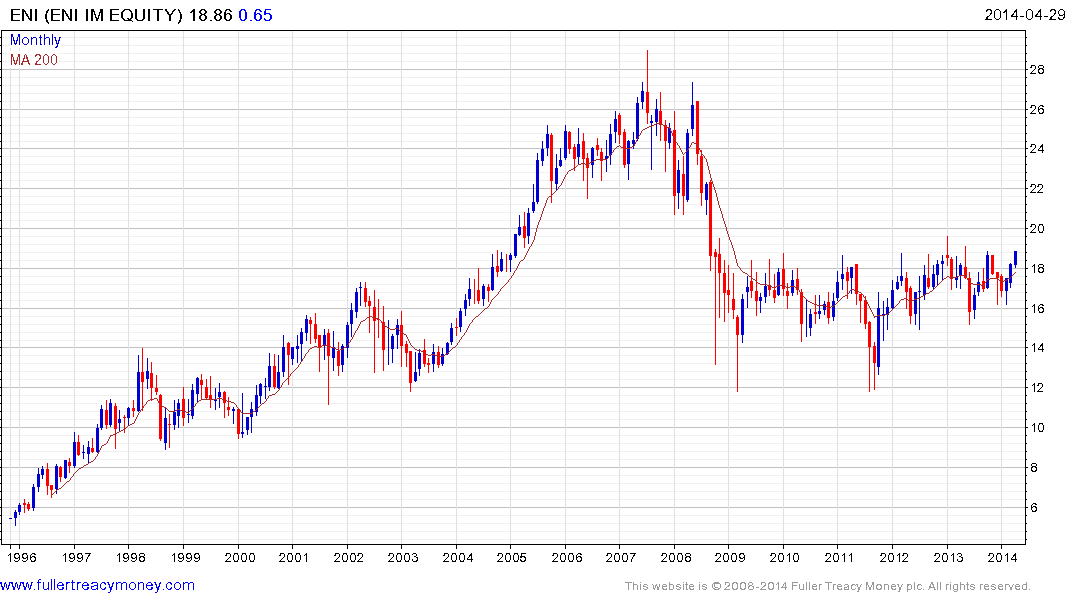 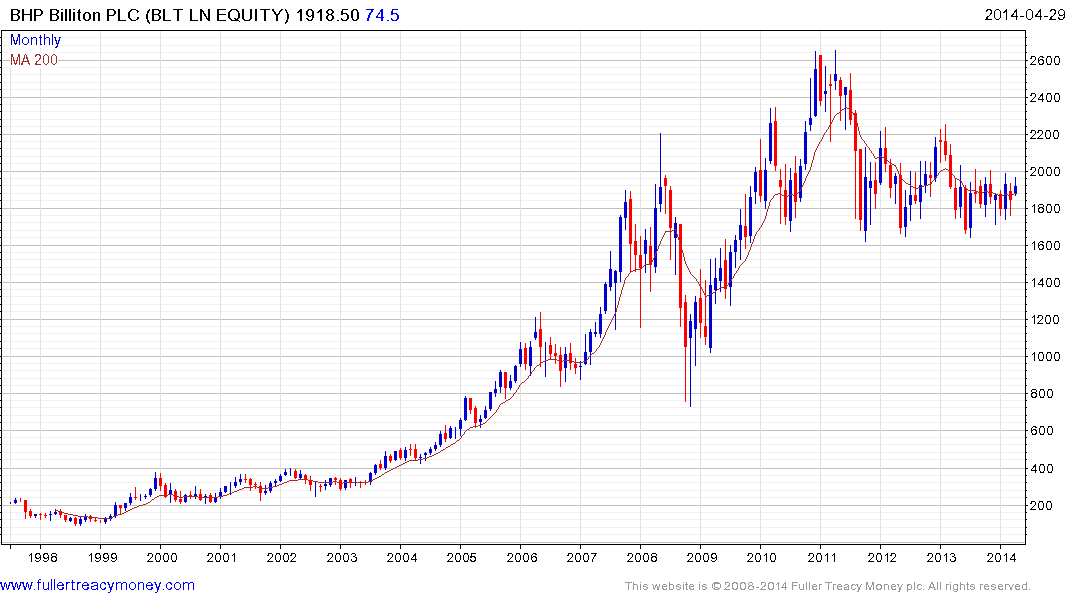 The majority of US oil majors are rallying back to test their respective highs.

While the Ukraine situation has probably acted as a catalyst for the rallies taking place in energy companies, their attractive valuations and competitive yields are a more important arbiter. This is particularly the case as some of the more overextended growth oriented segments of the market experience corrections.

This service has been saying for a number of months that cyclical sectors, such as resources, often return to positions of outperformance in the mature stage of bull markets. This now appears to be underway.