“There is some rebalancing, and I believe the oil price will be in the region of $50, maybe $55 for the rest of the year,” Paolo Scaroni, deputy chairman at NM Rothschild & Sons and former chief executive officer of Eni SpA, said in a Bloomberg television interview. “I personally believe there is a cap. If prices go beyond $60, shale oil producers will start all over again.”

Rigs targeting crude in the U.S. rose by 9 to 337 this week, capping the first three-week gain since August, Baker Hughes Inc. said Friday. Explorers have dropped more than 1,000 oil rigs since the start of last year.

Crude oil accelerated to its January low and has since staged in an impressively consistent rally which has seen prices almost double. This has resulted in energy companies being a major contributor in the ability of the wider market to rally from the January lows. For example the majority of the top 10 best performers on the S&P500 year-to-date are energy/resources related. 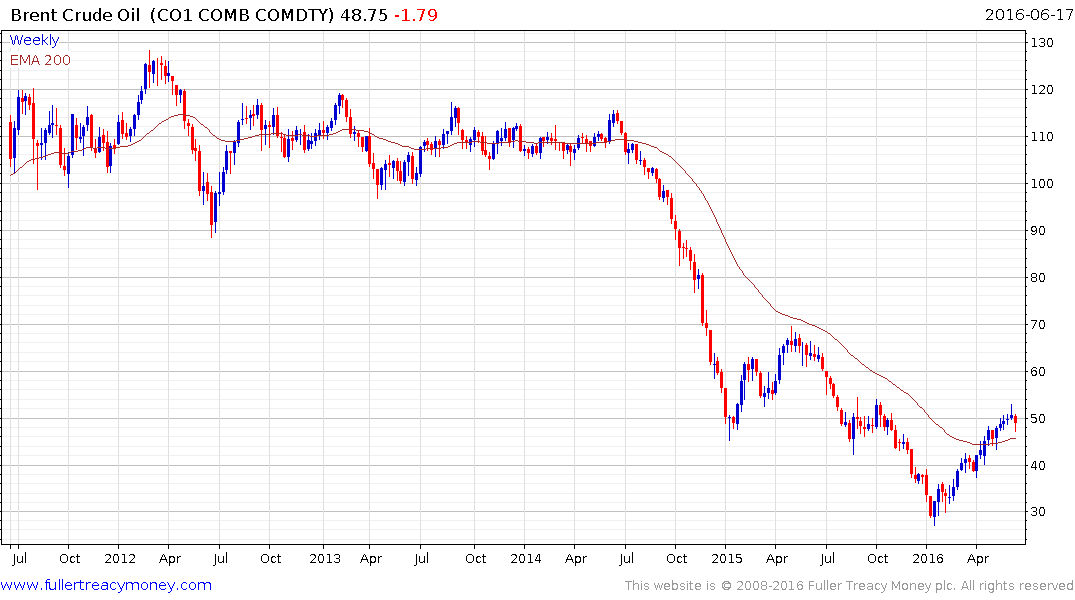 From the January low Brent crude has posted five pullbacks of less than $6. By rallying today the recent reaction has also been limited to what can be considered a “normal” pullback for this year’s uptrend. The fact yesterday’s low was in the region of the trend mean and that it acted as an area of support is an additional short-term bullish factor and a sustained move below it would be required to question the consistency of the advance.