Brent for July settlement decreased 12 cents to $49.62 on the London-based ICE Futures Europe after. The contract earlier climbed as much as 1.6 percent to $50.51. The global benchmark crude was at a 15-cent premium to WTI.

"We’re seeing a steady decline in U.S. production, which is going to continue, and outages around the world," said Bill O’Grady, chief market strategist at Confluence Investment Management in St. Louis, which oversees $4.3 billion. "This doesn’t mean we’re going to continue going higher; a lot may be priced in. It was a lot easier being bullish oil with sub-$40 prices than it is near $50."

Brent Crude Oil has posted an orderly rebound from its January low and has almost doubled in the process. A progression of higher reaction lows is evident with reactions of between $5 and $6 constituting entry opportunities along the way. A reaction of greater than $7 would be required to question the consistency of the advance. Nevertheless the round $50 area represents a psychological level for many investors so it would not be surprising to see prices pause in this area. 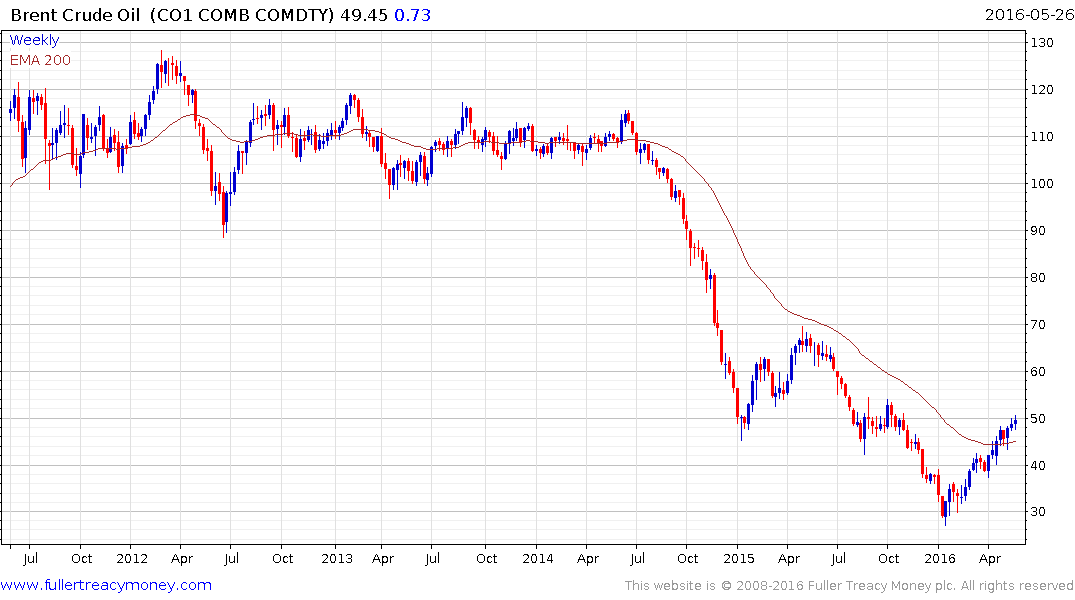 Following a steep decline which saw its value fall by over 60%, the Alerian MLP Index has now rallied to close a deep overextension relative to the trend mean. The Index’s rally has been just as orderly as the oil price’s, though not as powerful. A break in the progression of higher reaction lows, currently near 280 would be required to question current scope for additional upside. 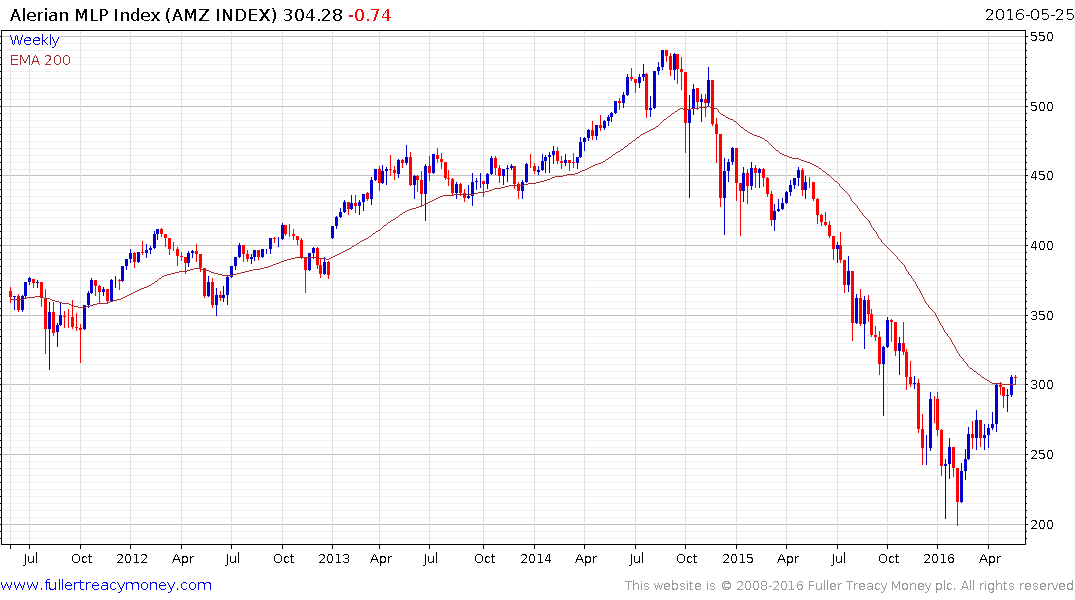 The FTSE-350 Oil and Gas Index broke its medium-term downtrend and has been consolidating mostly above the trend mean since April. A sustained move below 6000 would be required to question recovery potential. 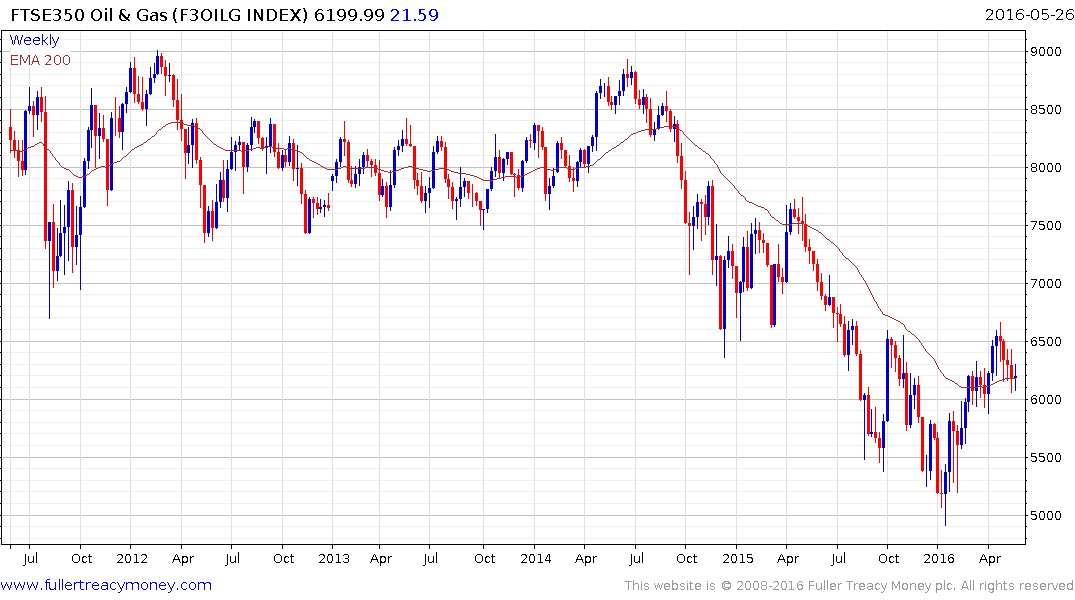 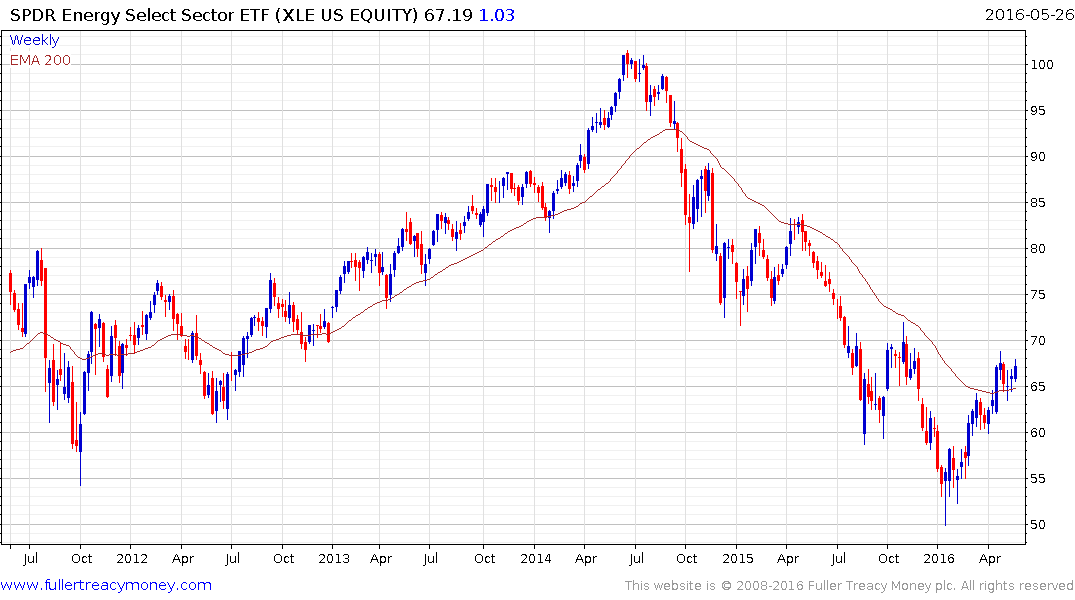