Oil producers in Nigeria are facing a renewed wave of violence in the delta region that accounts for most of the country’s crude. Nigeria’s output dropped to the lowest in almost three decades as armed groups intensified attacks to rupture pipelines in recent months. Total volume of crude shut due to the attacks range from 700,000 to 800,000 barrels per day, according to the state-owned Nigerian National Petroleum Corp.

The weakness of the Dollar against commodity producing currencies and continued supply disruptions in both Nigeria and Canada are helping to boost demand among traders for the most important commodity and are at least partially offsetting the boost in supply from Iran since sanctions were lifted. 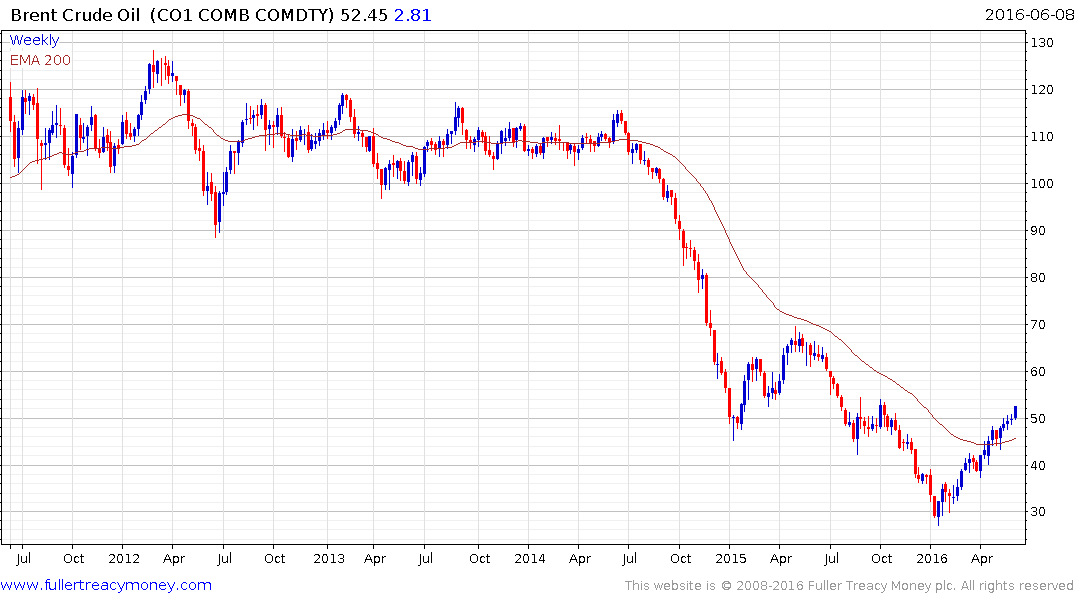 Brent crude remains in an orderly uptrend. Following a shallow pause below the psychological $50, it has now broken upwards once more and a sustained move below the trend mean, which would also signal a larger reaction than any seen since the January low, would be required to question near-term demand dominance.

This rally is having a positive knock-on effect on energy exporting countries’ currencies and stock markets. 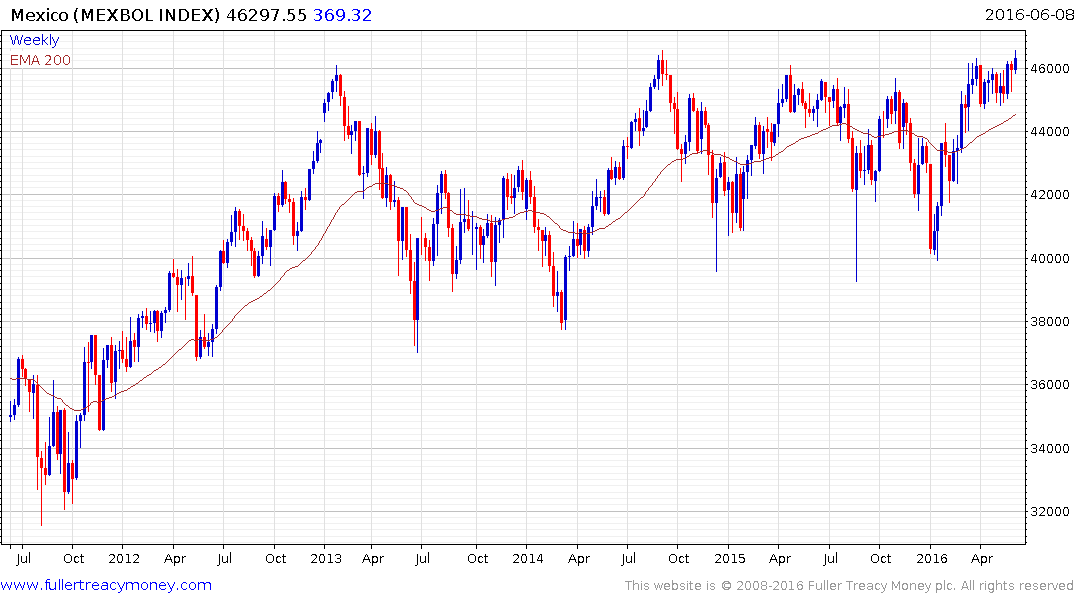 The Mexican Index is testing the upper side of a three-year range. 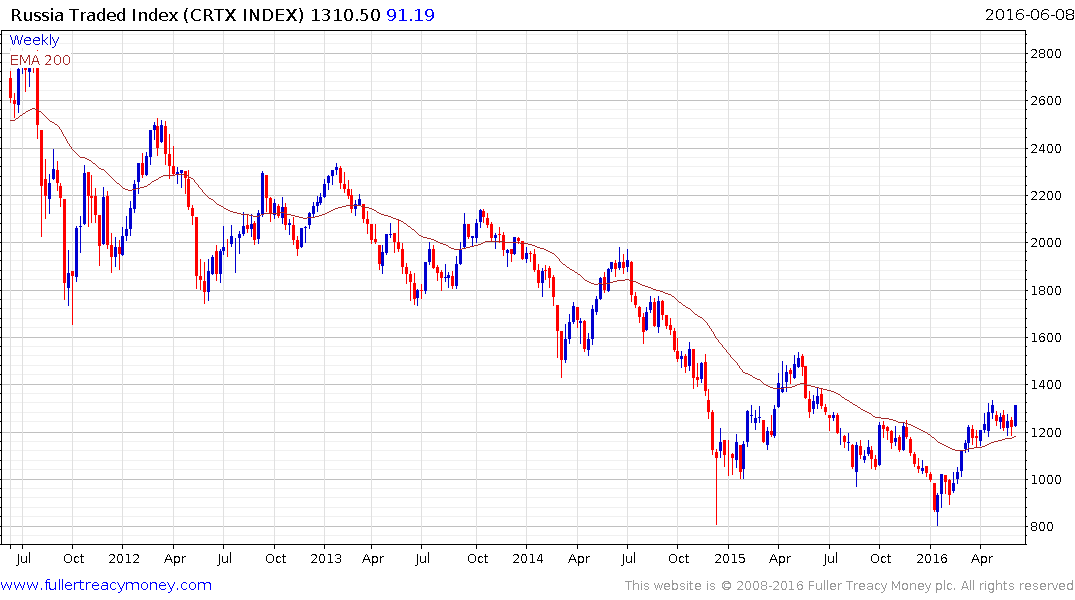 The Russian CRT market has found support in the region of the trend mean and continues to firm. 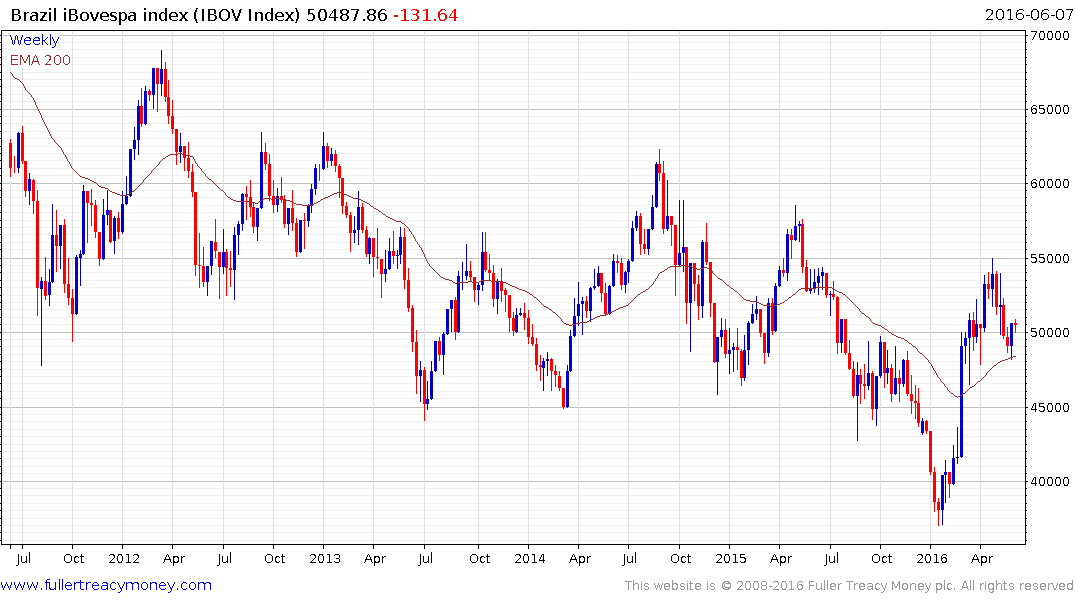 The Brazilian iBovespa has now also confirmed support in the region of the trend mean. 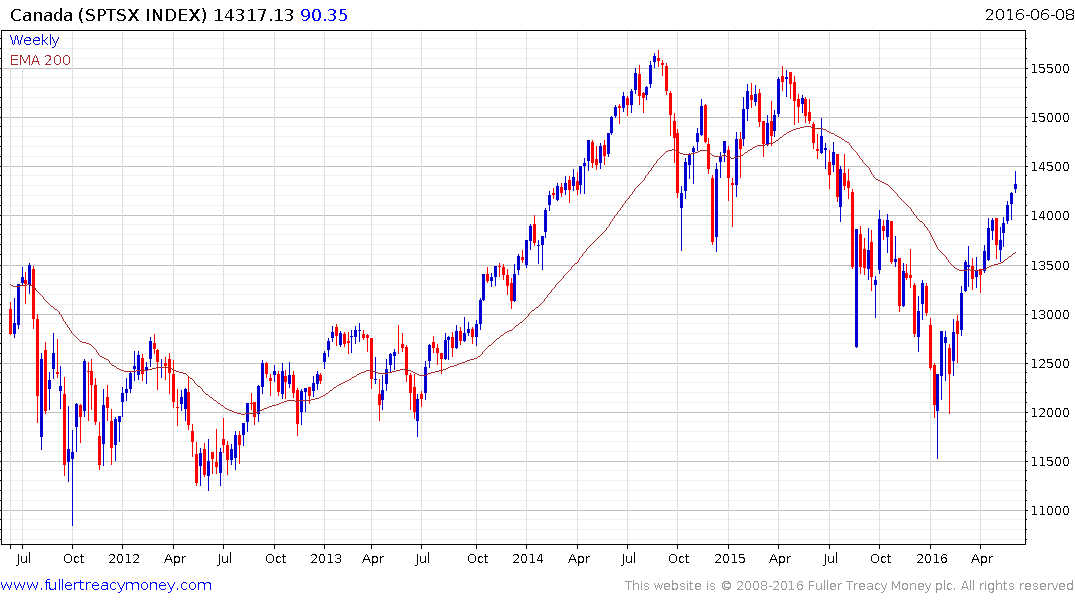 The Canadian S&P/TSX Index is somewhat overbought in the short-term but a sustained move below the trend mean would be required to question the rally. 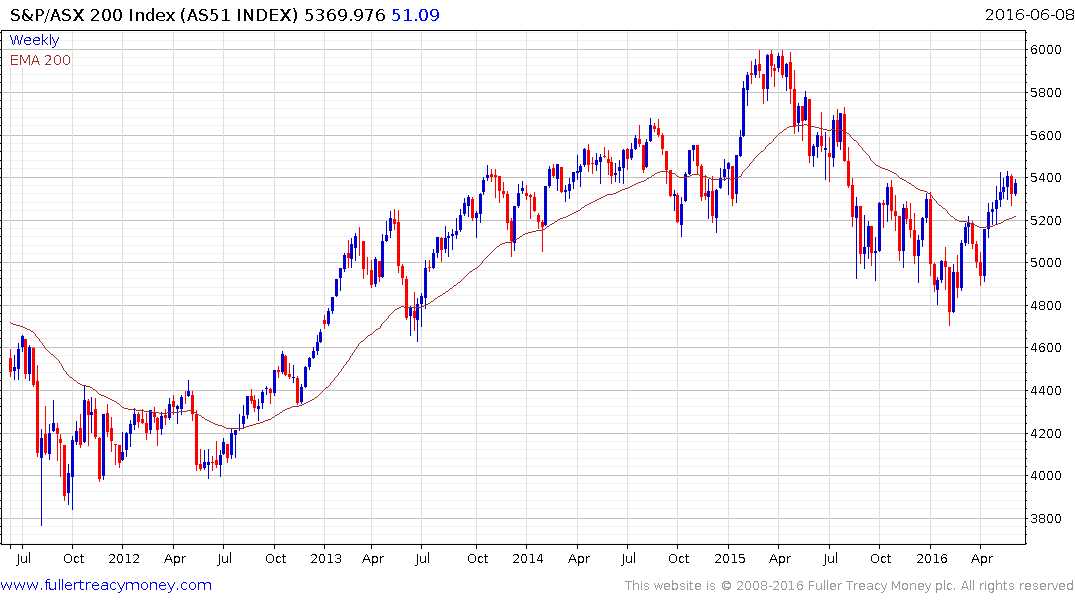 The Australian S&P/ASX 200 Index has broken a yearlong progression of lower rally highs and continues to trade above the 200-day MA.