“There’s no doubt that that uncertainty continues to weigh, not only on the crude oil markets, but really all markets,” said Brian Kessens, who helps manage $16 billion in energy assets at Tortoise. As for the storage report, “there was a little bit of noise in the data. It just depends when the ships actually hit the docks.”

Oil topped $75 a barrel last week amid actual and anticipated supply disruptions from Canada to the Persian Gulf.

Saudi Arabia has promised to ramp up output to help cover shortfalls from other major suppliers, though some observers questioned the kingdom’s capacity to do so.

In the U.S. Gulf Coast region that includes refining centers in Texas and Louisiana, oil imports plunged by 1.13 million barrels last week, the steepest decline since September 2012, according to the EIA.

“There’s a sense that Saudi Arabia’s going to increase their exports to the U.S.,” Kessens said. “There’s a lingering sense in the back of people’s minds that we’ll see that a little bit later this summer.”

Oil prices have been firm because economic growth has been robust, OPEC had been reducing supply and major suppliers like Libya and Venezuela have dropped out of the market. News today that pro-government forces have retaken four of Libya’s export ports suggests supply will start flowing once more. Meanwhile the threat to China’s economy from a ratcheting up of tariffs is a simmering issue. 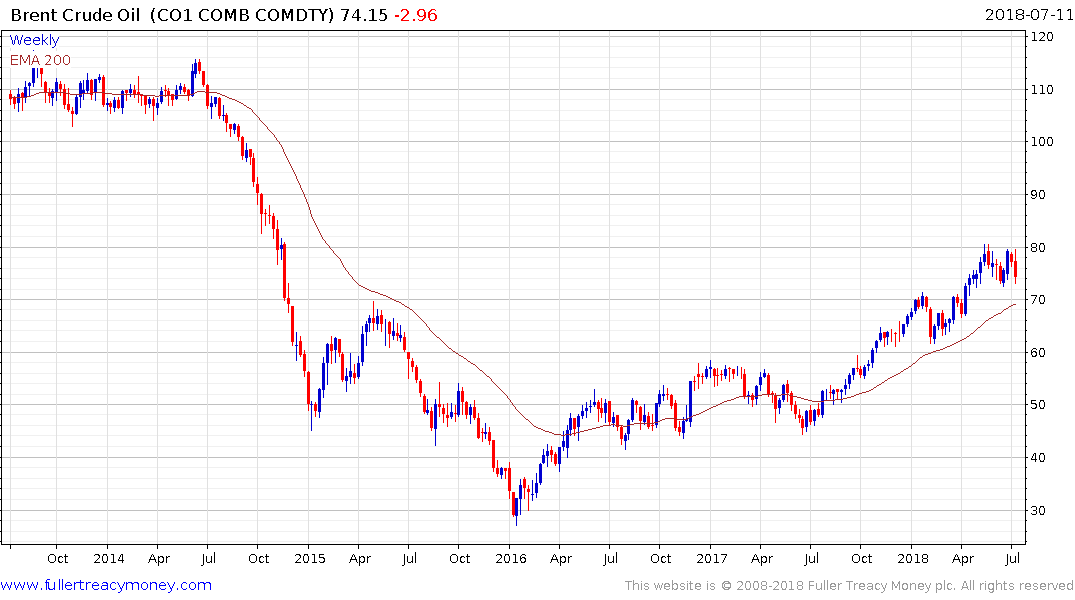 Brent Crude oil pulled back in a dynamic manner from the $80 level to confirm near-term resistance. A clear upward dynamic will now be required to check potential for a further unwinding of the overextension relative to the trend mean. 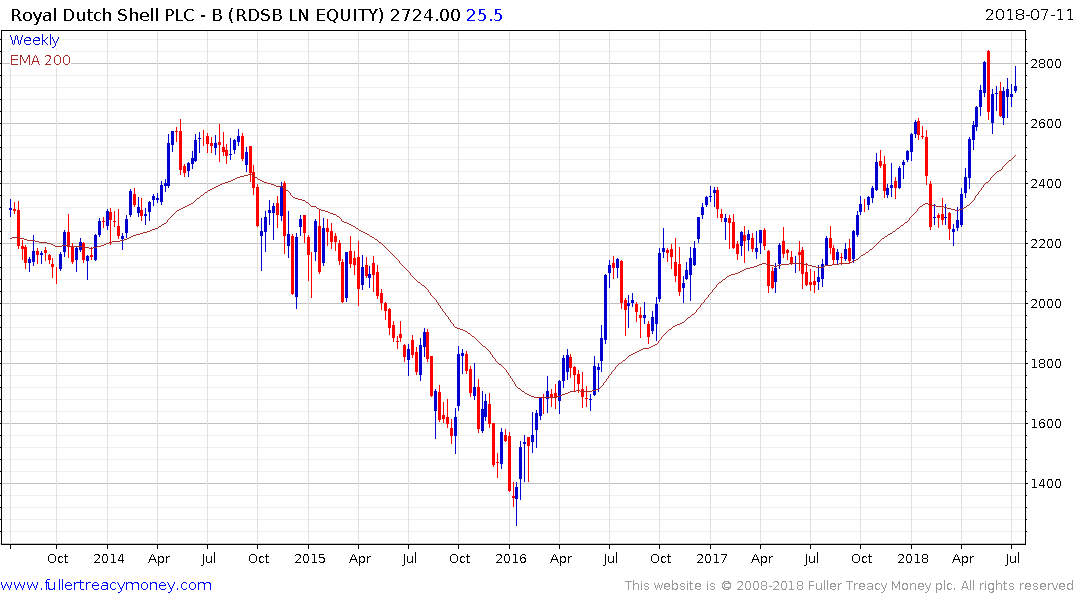 Royal Dutch Shell has paused below 2800p and is also at risk of unwinding its overextension relative to the trend mean.