China's Water Shortage Is Scary for Its Neighbors by Eoin Treacy

Yet China’s natural abundance is a thing of the past. As Michael Beckley and I argue in our forthcoming book, “The Danger Zone,” Beijing has blown through many of its resources. A decade ago, China became the world’s largest importer of agricultural goods. Its arable land has been shrinking due to degradation and overuse. Breakneck development has also made China the world’s largest energy importer: It buys three-quarters of its oil abroad at a time when America has become a net energy exporter.

China’s water situation is particularly grim. As Gopal Reddy notes, China possesses 20% of the world’s population but only 7% of its fresh water. Entire regions, especially in the north, suffer from water scarcity worse than that found in a parched Middle East.

This is an expensive problem. China is forced to divert water from comparatively wet regions to the drought-plagued north; experts assess that the country loses well over $100 billion annually as a result of water scarcity. Shortages and unsustainable agriculture are causing the desertification of large chunks of land. Water-related energy shortfalls have become common across the country.

The government has promoted rationing and improvements in water efficiency, but nothing sufficient to arrest the problem. This month, Chinese authorities announced that Guangzhou and Shenzhen — two major cities in the relatively water-rich Pearl River Delta — will face severe drought well into next year.

The economic and political implications are troubling. By making growth cost more, China’s resource problems have joined an array of other challenges — demographic decline, an increasingly stifling political climate, the stalling or reversal of many key economic reforms — to cause a slowdown that was having pronounced effects even before Covid struck. China’s social compact will be tested as dwindling resources intensify distributional fights.

China, India and neighbouring countries are some of the most densely populated areas of the world. As living standards improve resource consumption tends to rise. That is particularly true for water as sanitation and agricultural demand increases. It is reasonable to expect that resource competition will increase significantly over coming decades and it could easily become a source of conflict if droughts were to become more commonplace or agricultural yields are affected.

This is a long-term threat. We don’t know what level of discomfort would need to be endured for countries like China and India to enter a water war. Since both are nuclear weapon possessing countries, this not a simple calculus. Greater efforts at regional alliance building are the easiest prediction since this is already well underway as an attempt to protect against China’s extraterritorial ambitions.

This month’s On Target letter from Martin Spring covers some of the other potential flashpoints in the coming year, not least Iran’s potential to become a nuclear power. 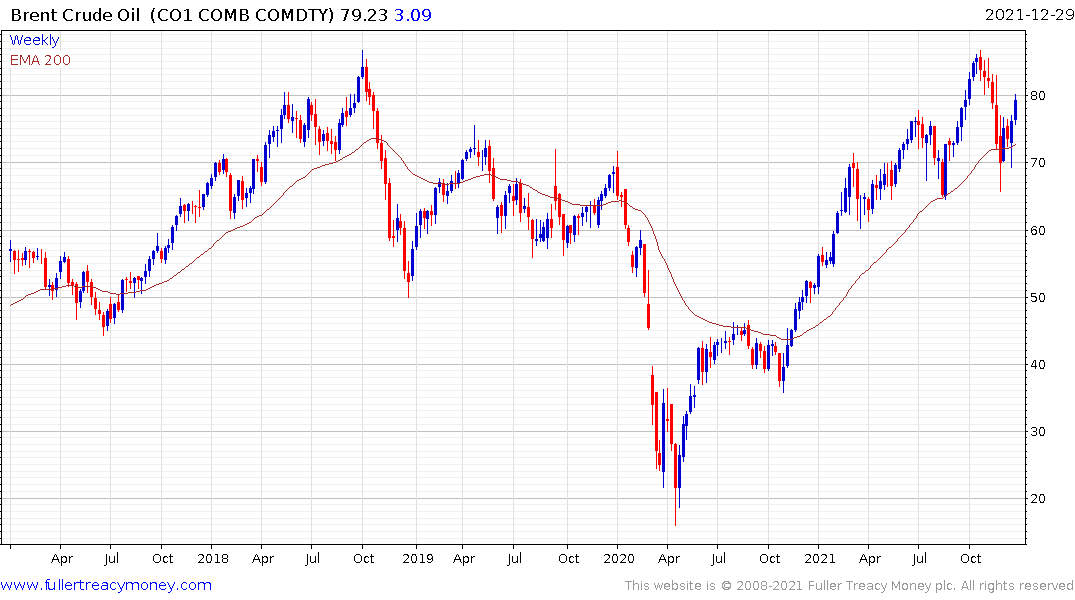 Brent Crude Oil has been ranging below $80 since 2015. Every time it has traded above that level, it has been knocked back. More supply becomes economic above that level and demand begins to taper when gasoline prices make headlines.

Looking forward, supply disruptions are a potential bullish catalyst so the Iran question is a relevant one. The decline of investment in new supply has the scope to create an inelasticity problem at some point over the next decade. Considering the regulatory and lobbying headwinds experienced by the sector, prices would need to rise significantly to encourage investment in new supply. 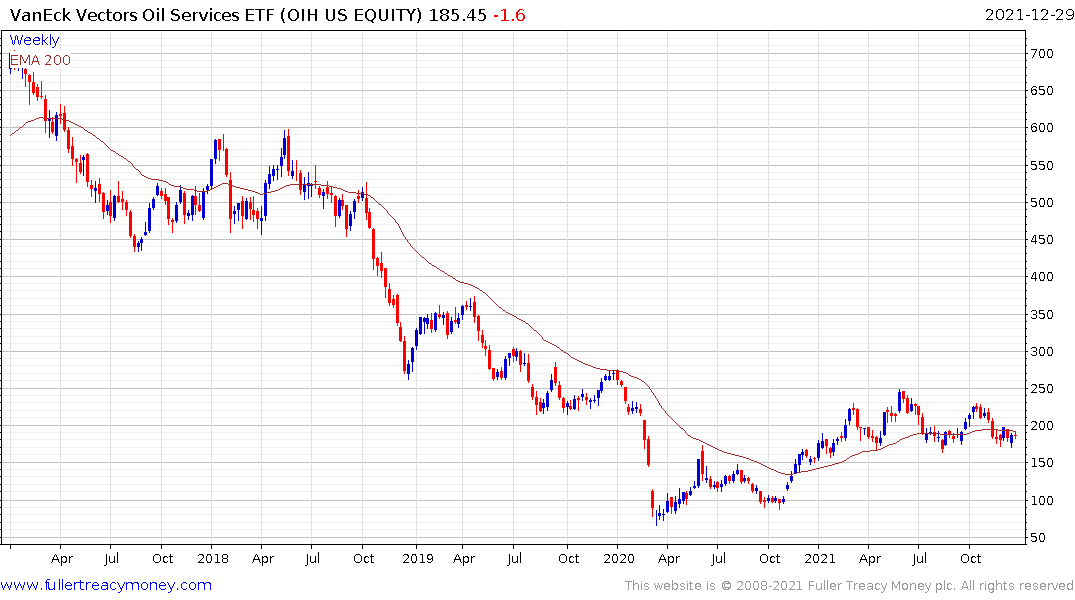 The inability of the oil services sector to sustain a rally supports the view companies are disinclined to invest. The corollary is they should have more money to raise dividends. 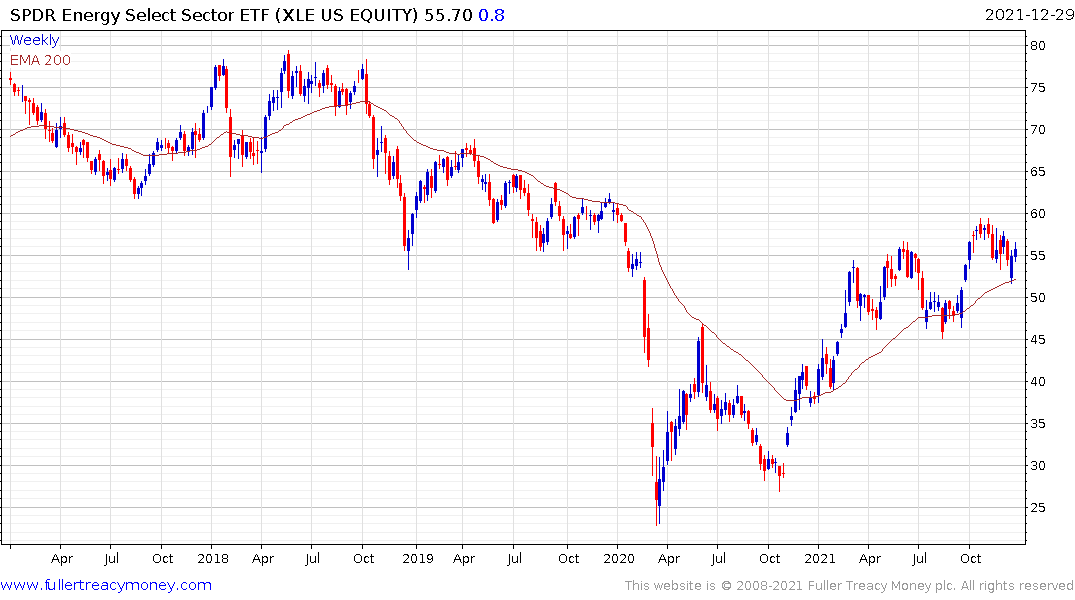 The Energy SPDR currently yields 4.2% and remains in a consistent uptrend.