China Coal to Olefins Industry
Comment of the Day

China has a substantial coal sector which, in common with the global sector, has been under pressure from below trend global growth, increasingly stringent environment regulations and competition from lower cost alternatives (at least in some jurisdictions) such as natural gas. The green light for investment in coal to liquids development appears to be an attempt from some portions of the administration to provide the coal sector with an additional business line in order to preserve its viability.

Quite how viable that is when water and environmental concerns have not been addressed and when the country is also investing heavily in developing its own natural gas reserves raises some important questions about whether this will in fact pan out.

I clicked through the list of shares provided at the end of the report and there are a small number of interesting Hong Kong listed companies. 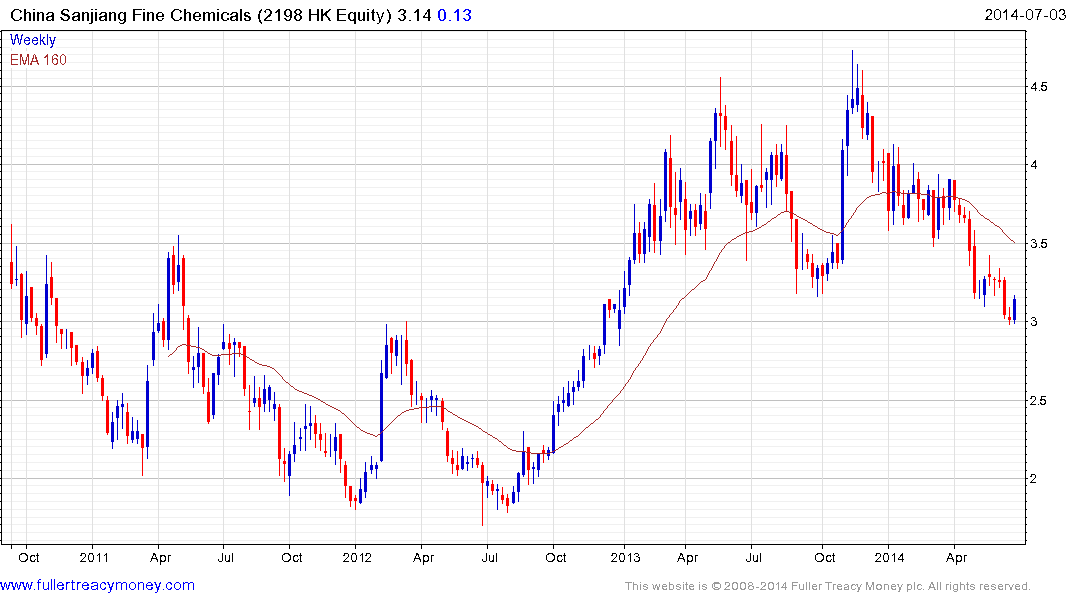 China Sanjiang Fine Chemical (Est P/E 8.39, DY 7.69%) found at least short-term support in the region of HK$3 this week and potential for an unwinding of the oversold condition has increased. 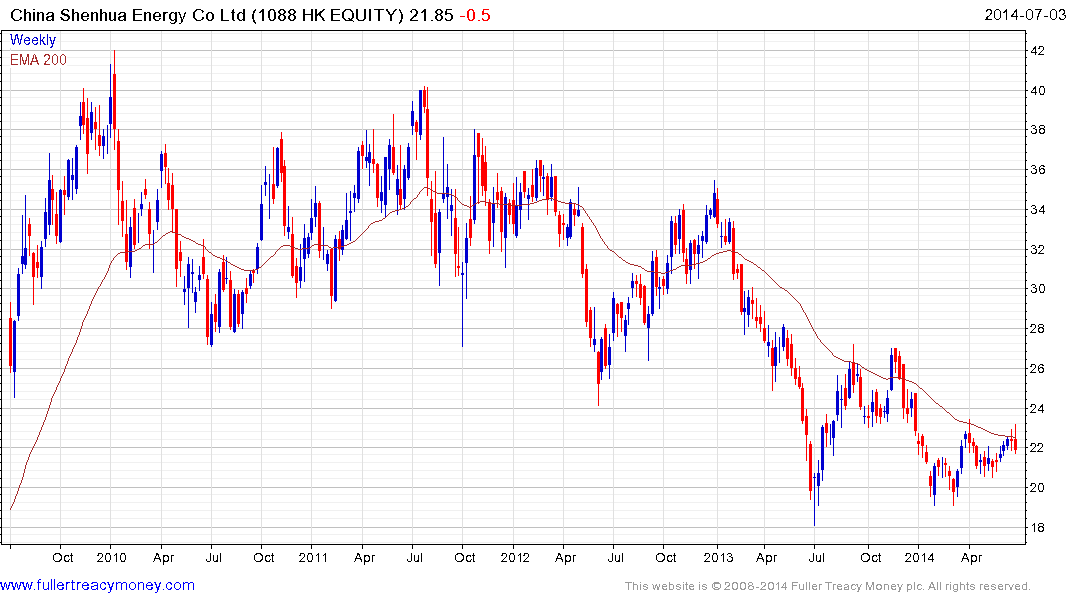 China Shenhua Energy (Est P/E 8.38, DY 5.19%) has similarly low valuations. The share continues to exhibit a medium-term progression of lower rally highs but also has a progression of higher reaction lows since June last year. It encountered resistance in the region of the 200-day MA this week and will need to find support above, or in the region of, HK$20 if potential for higher to lateral ranging is to remain credible. 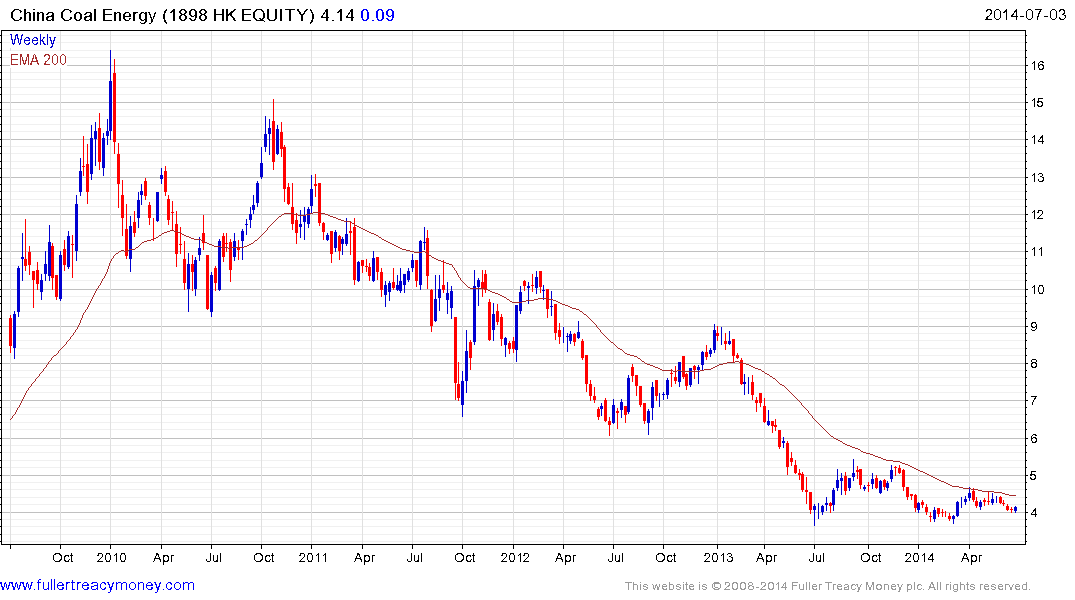 China Coal Energy (Est P/E 15.3, DY 2.44%) shares greater commonality with the global coal sector. It has been ranging above the 2013 low for the last year and today firmed above the March low from the HK$4 area. A sustained move above  HK$4.50 would break the medium-term progression of lower rally highs and begin to suggest a return to demand dominance beyond the short term.

When one takes a broad spectrum look at the global market for the coal and natural gas to liquids sector, China is at a significant disadvantage to the Middle East and North America. Massive investment in Louisiana suggests the USA is by far the preferred site for the petrochemical sector at present. 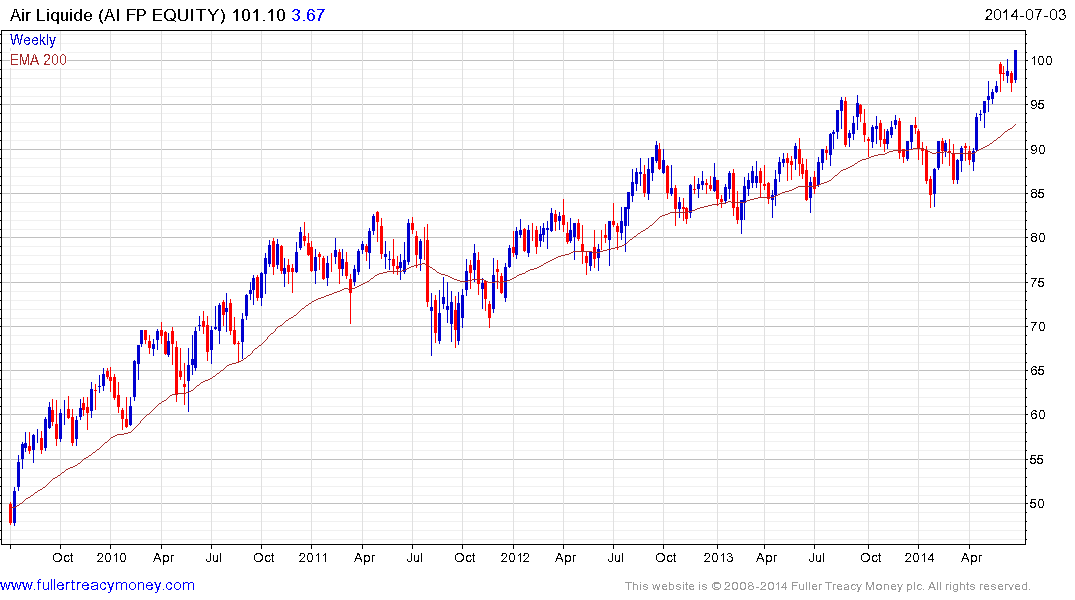 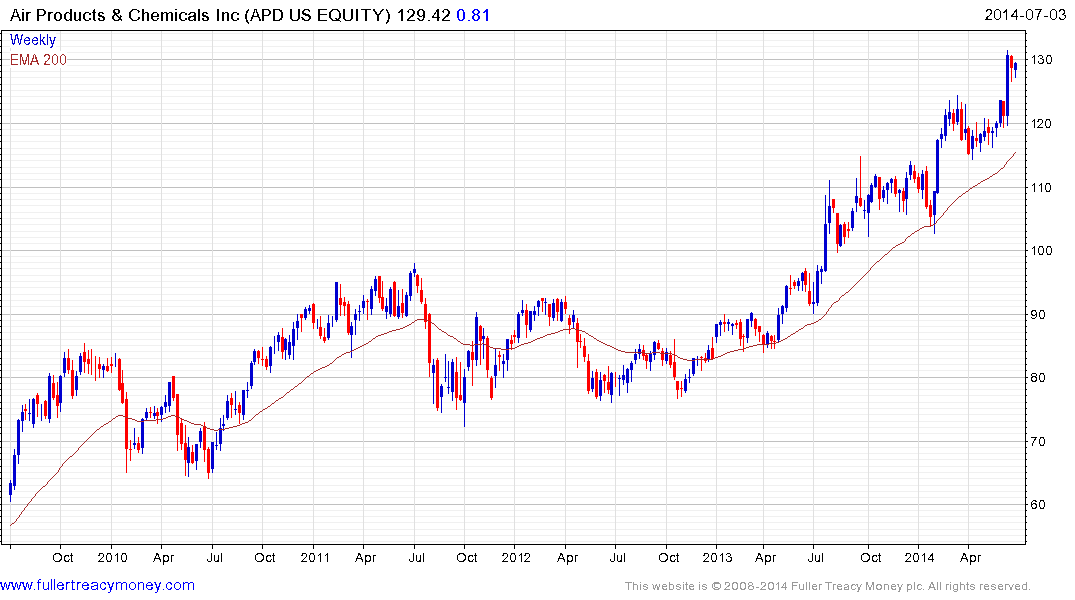 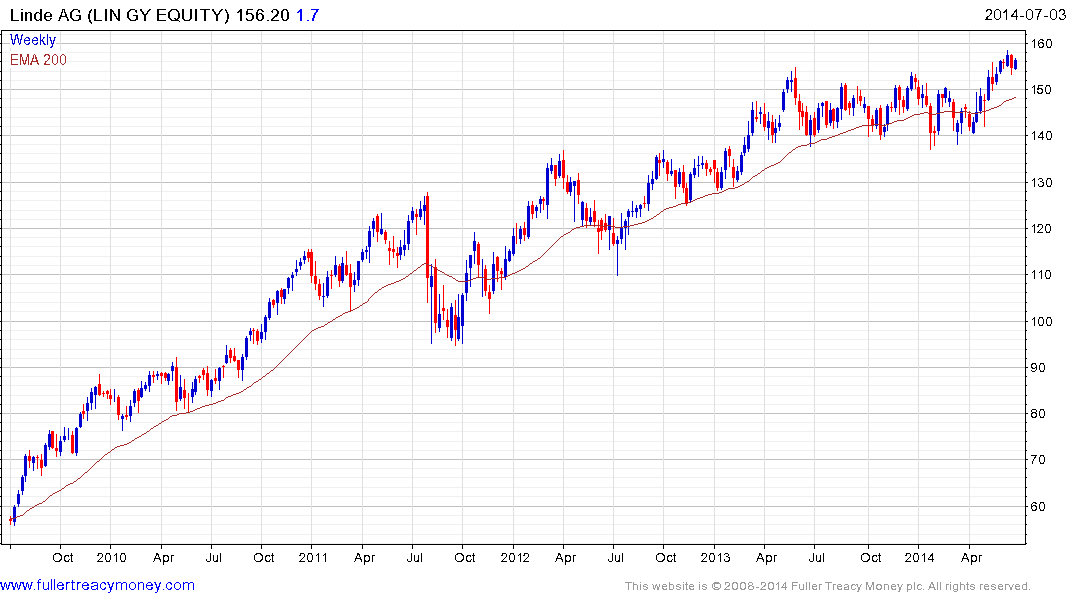 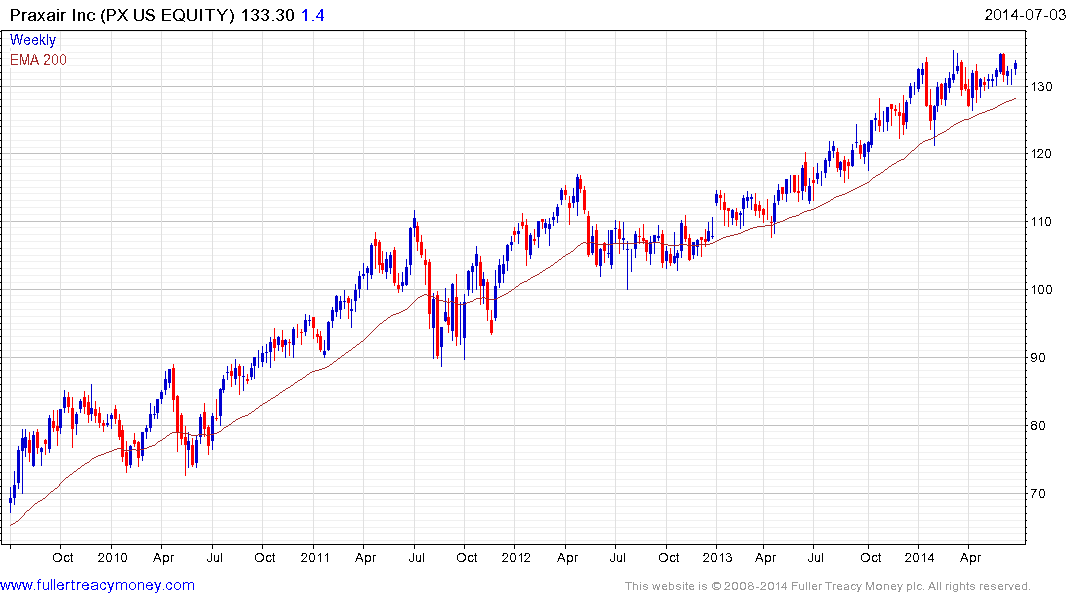 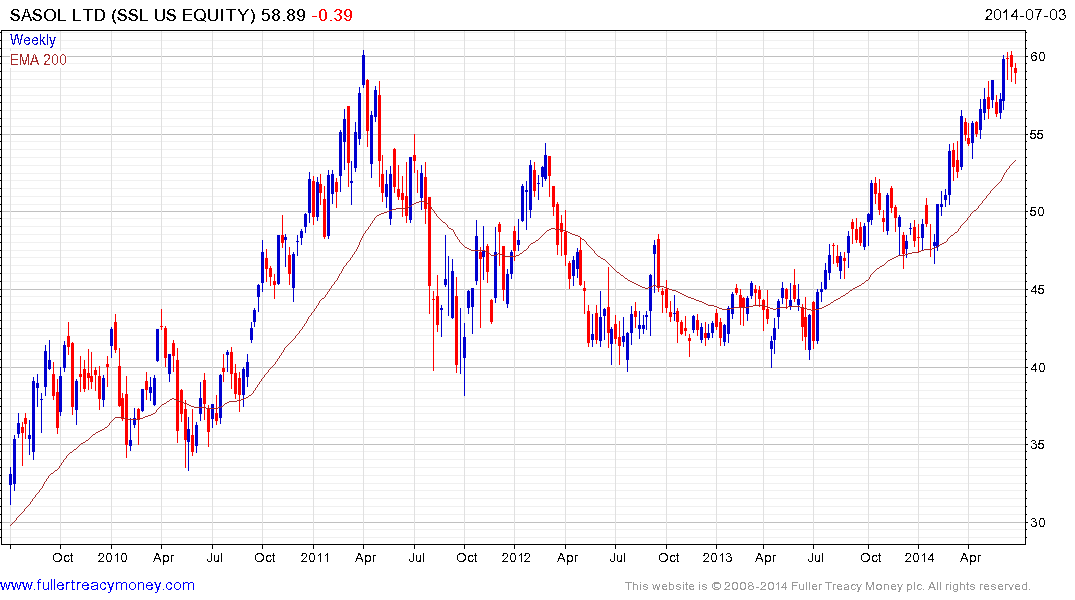 Royal Dutch Shell (Est P/E 11.90, DY 4.36%) is also a leader in the gas to liquids sector. The share found support at the end of May in the region of 2400p and a sustained move below that level would be required to question medium-term scope for continued upside. 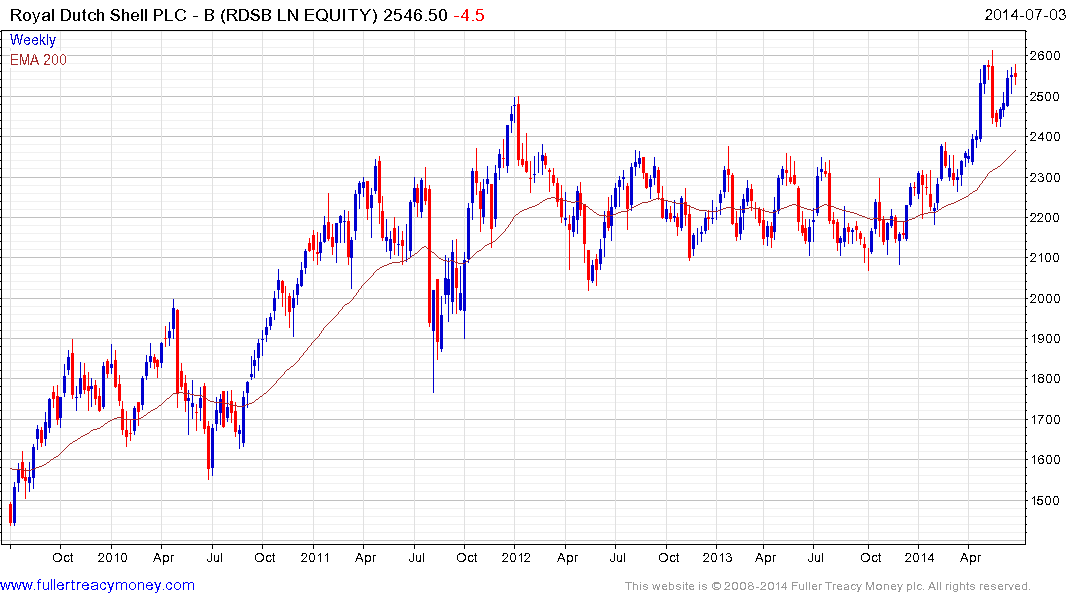 Canadian listed Methanex (Est P/E 13.55, DY 1.61%) found support least month in the region of the 200-day MA near $63.50 and a sustained move below that level would be required to question current scope for continued higher to lateral ranging. 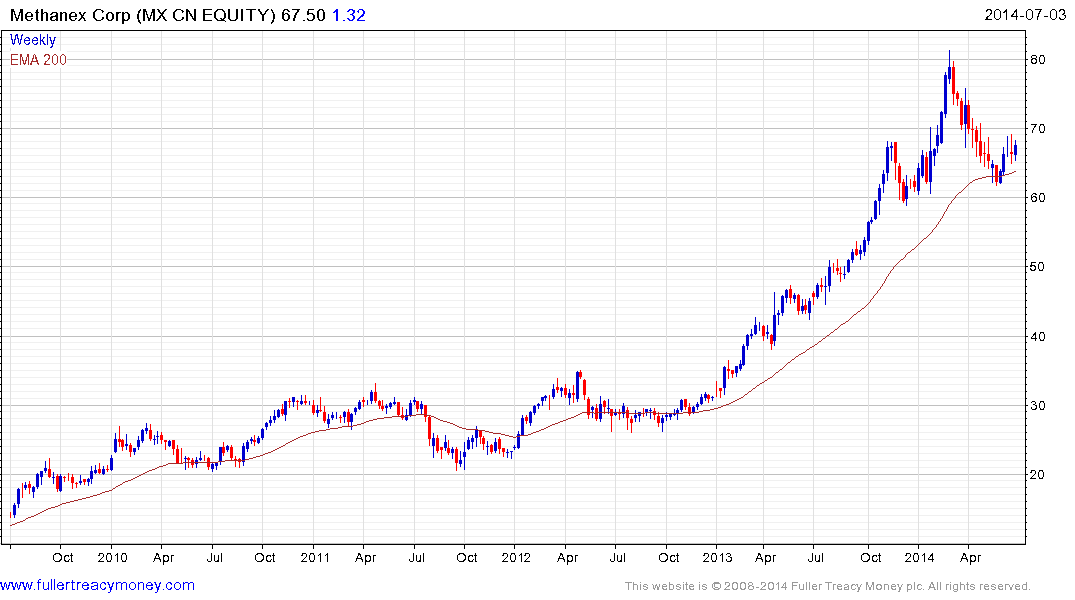 Among smaller companies UK listed Oxford Catalysts has changed names to Velocys and US listed Synntroleum was acquired by Renewable Energy Group. 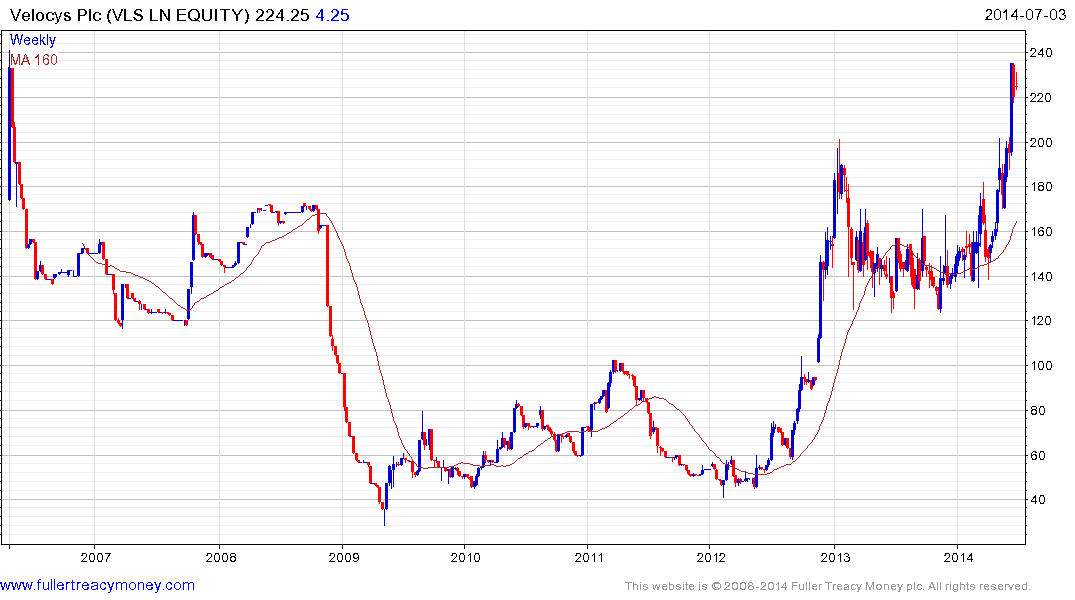 Velocys broke out of a more than yearlong range three weeks ago and has developed a short-term overbought condition in the process. Some consolidation is looking increasingly likely but a sustained move below the 200-day MA, currently near 170p would be required to question medium-term upside potential. 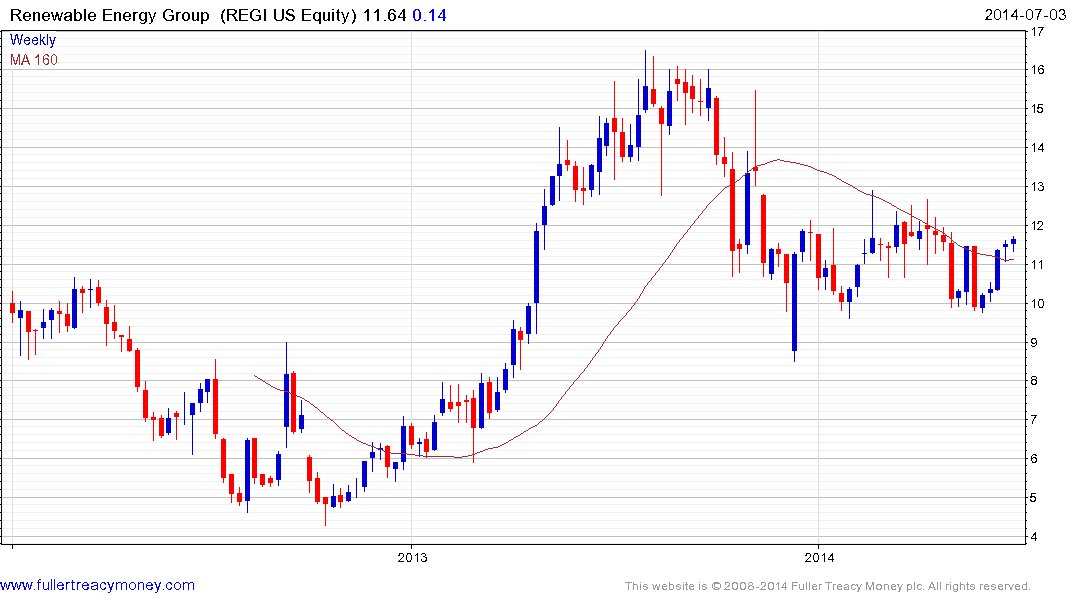 Renewable Energy Group is rallying towards the upper side of an eight-month range and a clear downward dynamic would be required to question current scope for a successful upward break.