“The government is going to have to make sure these voters are looked after,” said Seamus Nevin, chief economist at MakeUK, the U.K.’s largest manufacturing organization. “Investment in our sector is going to be key.”

Britain’s business groups are already drawing up maps like these, hoping to gain leverage in the coming negotiations by showing the U.K. government how the lack of a deal, or one with only a limited scope, would cost jobs in what are now marginal Conservative seats, according to two people familiar with the matter.

Johnson hopes to secure a zero-tariff, zero-quota deal with the EU, similar to the bloc’s existing agreement with Canada. It would mean extra customs paperwork for importers and exporters—but it would avoid tariffs on goods. The problem is that Johnson has ruled out meeting the EU’s condition that the U.K. plays by its rules on state aid, workers’ rights and the environment.

Negotiating with the EU is in no way easy. Right now, Boris Johnson has both a strong mandate and a long runway until the next election. He has every incentive to play hardball now so that any potential drawdown will be smoothed out by the time he needs to go back to the people for another election.

That suggests we can anticipate brinksmanship will be amped up as negotiations get under way and there are unlikely to be any portions of a potential agreement which will be above consideration for change.

The short timeframe for negotiations to be concluded, with less than 11 months to go, suggests the most likely scenario is a partial agreement will be reached first and a more comprehensive one later. It may well take them at least for the first few months to figure out what they agree on, never mind discussing the pricklier issues. 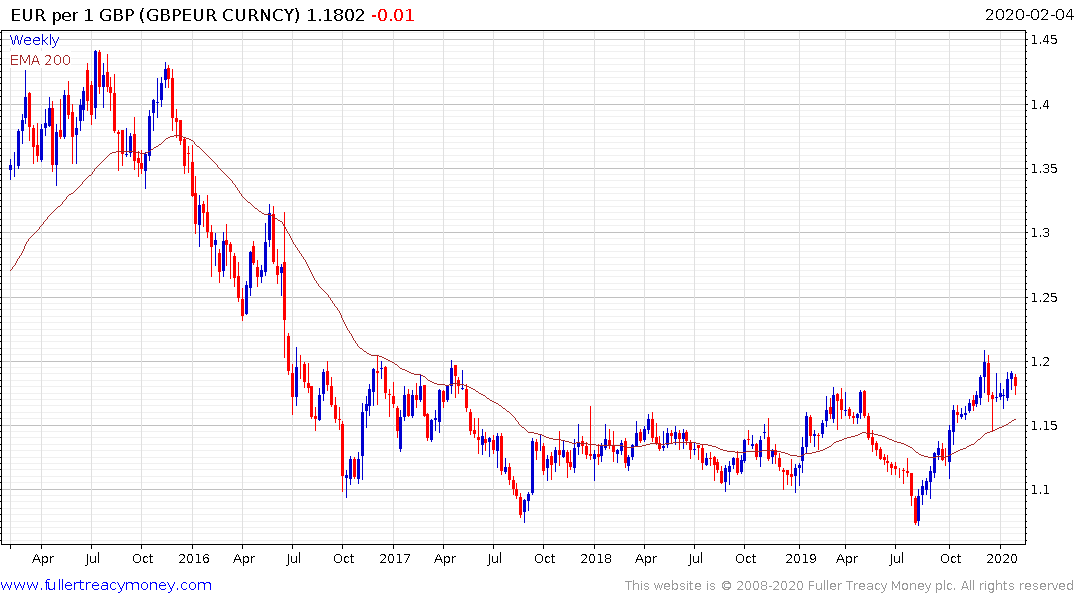 That suggests the Pound is going to be volatile because investors will have to factor in whether rhetoric is reflective of serious policy changes or instead meant to illicit a response from the other party. The Pound pulled back sharply yesterday and steadied today. So far trading against the Euro is still within the first step above the almost three-year base. That at least suggests investors are willing to give the benefit of the doubt to the UK. 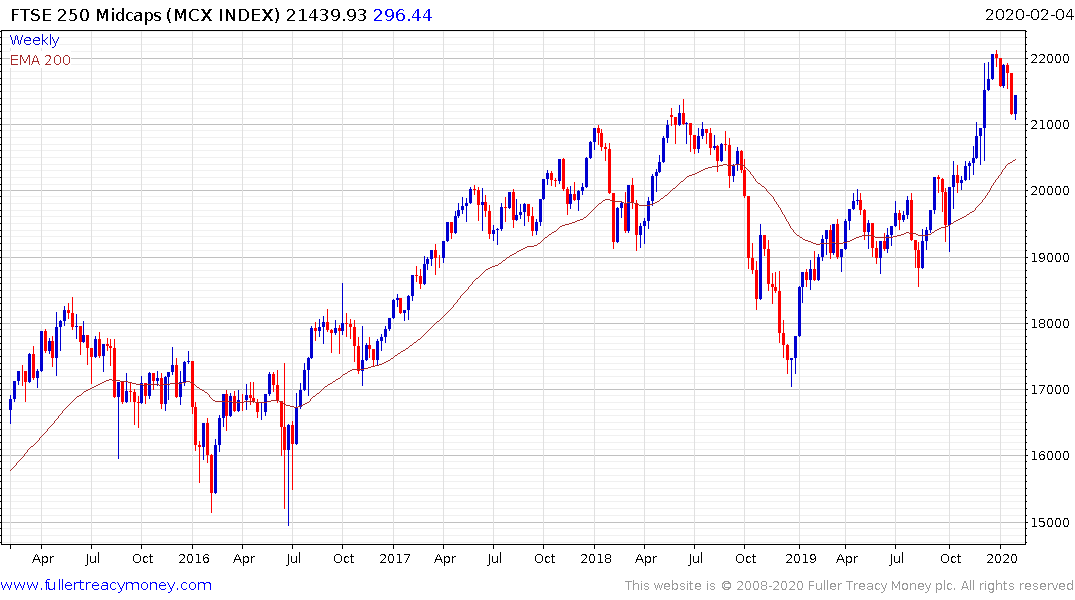 The FTSE-250 pulled back in January to test the upper side of the most recent short-term range and to unwind the overbought condition relative to the trend mean. It steadied today along with the wider market.

I continue to believe the UK is in a much better position, regaining national sovereignty, than it was before. Ensuring a domestic legislature is wholly responsible to the voting public is the first principle of good governance and ensures the interested of the elected and the voters are aligned. The big decisions on regulation, taxation, support for business, social services, pensions and energy are all ahead but the mandate is for growth and that is a significant positive.