Africa, largely ignored in a U.S.-China trade war that could roil economies worldwide, is quietly piecing together the world’s largest free-trade zone.

The African Continental Free Trade Area comes into force on paper on Thursday after the required 22 countries ratified the deal a month ago. Once it’s passed by all 55 nations recognized as part of the African Union, it would cover a market of 1.2 billion people, with a combined gross domestic product of $2.5 trillion. The potential benefits are obvious, if the usual hurdles of nationalism and protectionism don’t yet stand in the way.

The deal would help the continent move away from mainly exporting commodities to build manufacturing capacity and industrialize, said Jakkie Cilliers, head of African Futures and Innovation at the Pretoria-based Institute for Security Studies. Boosting intra-regional trade would spur the construction of roads and railways, reducing the infrastructure gap in Africa, he said.

Africa is the global centre for population growth and represents an important demographic growth engine for the global economy over coming decades. The creation of a free trade area to promote transnational trade right across the continent is a positive development that will help spur growth for many economies.Building up trade that is not exclusively reliant on resource extraction is a major objective for just about every commodity producer but it is especially important in high population growth markets because people need jobs if their productive capacity is to be realised. That’s a long-term objective. 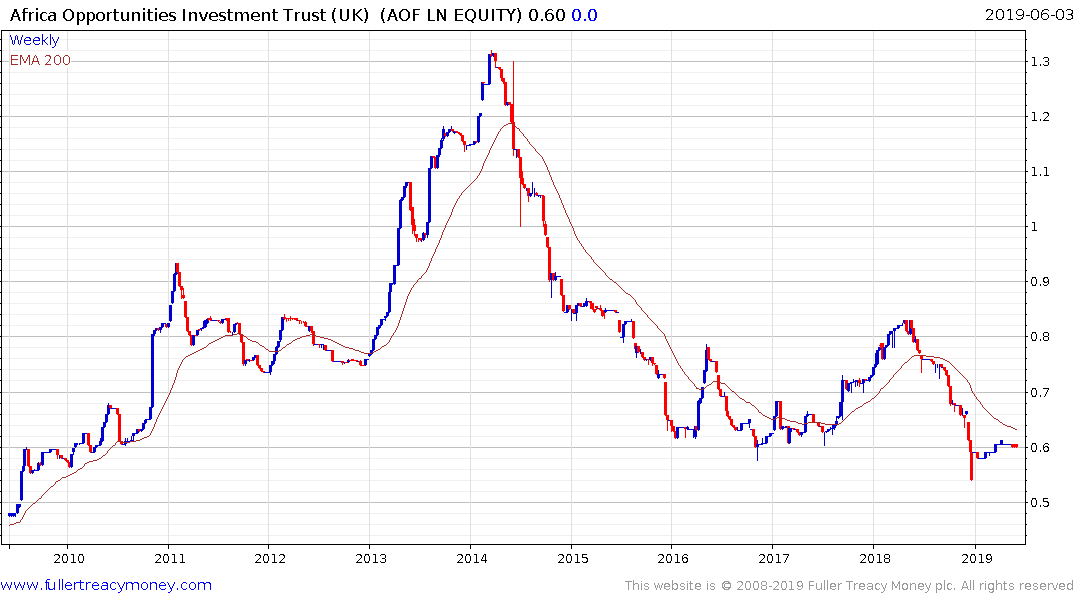 Meanwhile African markets are illiquid and therefore susceptible to big moves as money flows in and out. As a result, tightening global liquidity has taken a toll. The lack of dynamism in the commodity markets over the last couple of year has sapped demand for the smaller African markets. The Africa Opportunities Trust has been virtually unchanged this year. 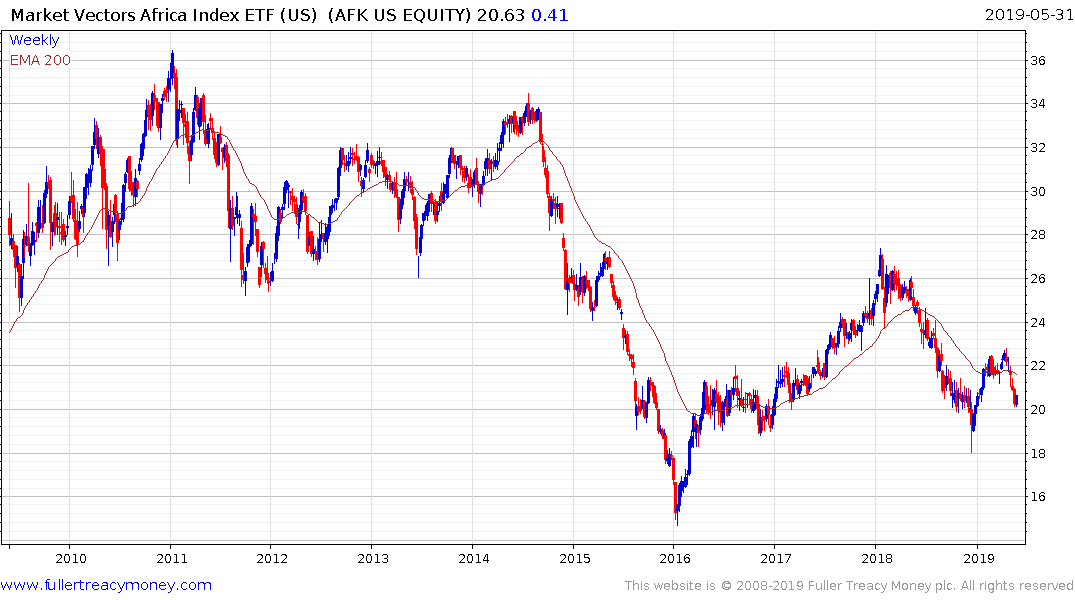 The VanEck Ventures Africa ETF focuses more on South African and Nigerian companies. It has bounced over the last couple of weeks but will need to sustain a move above the trend mean to signal more than a near-term return to demand dominance.