The policy mix of tighter monetary policy and looser fiscal policy provides a steroid-like boost to currencies.   This is what the US had under Reagan-Volcker.  It is was the policy mix in Germany after the Berlin Wall fell that led to the ERM crisis of the early 1990s and then Maastricht Treaty and the euro.  It helped fuel the dollar's gains last year.  Now that policy mix is reversing.  Fiscal policy is tightening, and monetary policy is poised to loosen.  That policy mix is associated with under-performing currencies.

The third significant dollar rally since the end of Bretton Woods is in jeopardy.  Coordinated intervention marked the end of both the Reagan-Volcker and Clinton-Rubin dollar rallies.  Intervention in the foreign exchange market won't be necessary; the self-proclaimed "Tariff Man" has found another way the proverbial cat can be skinned.

The last phase of a significant dollar rally has been marked by the movement of interest rate differentials against the US.  This been happening.   The two-year differential between the US and Germany peaked last November a little above 355 bp, which appears to be a modern extreme. It finished last week below 250 bp, the lowest in more than a year.   Similarly, the US two-year premium peaked against the UK around the same time a little shy of 220 bp.  It is now approaching 125 bp.   Against Japan, last November, the US two-year premium of nearly 310 bp was the largest in 11 years.  It is threatening to break below 200 bp.

Quantitative tightening has been the single most important factor in the Dollar’s strength over the last 18 months. Reducing the size of the Fed’s balance sheet has contracted the supply of Dollars and created a supply inelasticity-based argument to support the currency.

There is a clear correlation between the beginning of quantitative tightening and the beginning of the Dollar Index’s rally. However, with the end of the balance sheet run off only three months away, it reasonable to begin thinking that its absence is going to remove a significant tailwind from the Dollar. After that it will be a lot easier to make a bearish argument and most particularly if the relative performance of the US economy moderates. 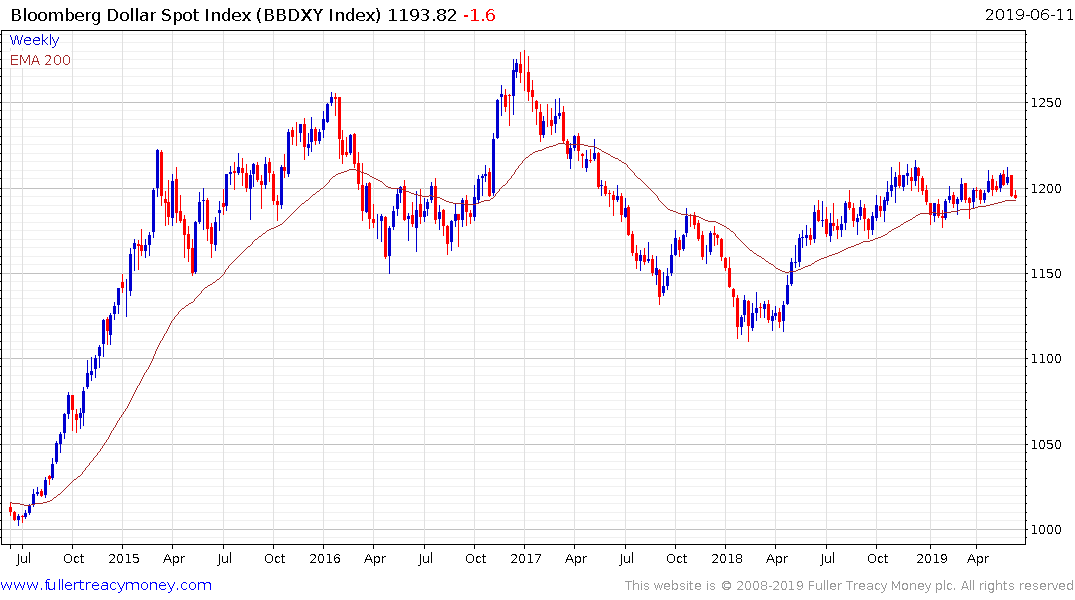 The Bloomberg Dollar Index which has less of a Euro weighting than the traditional Index, is testing the region of the trend mean and will need to bounce soon if support is to be demonstrated. 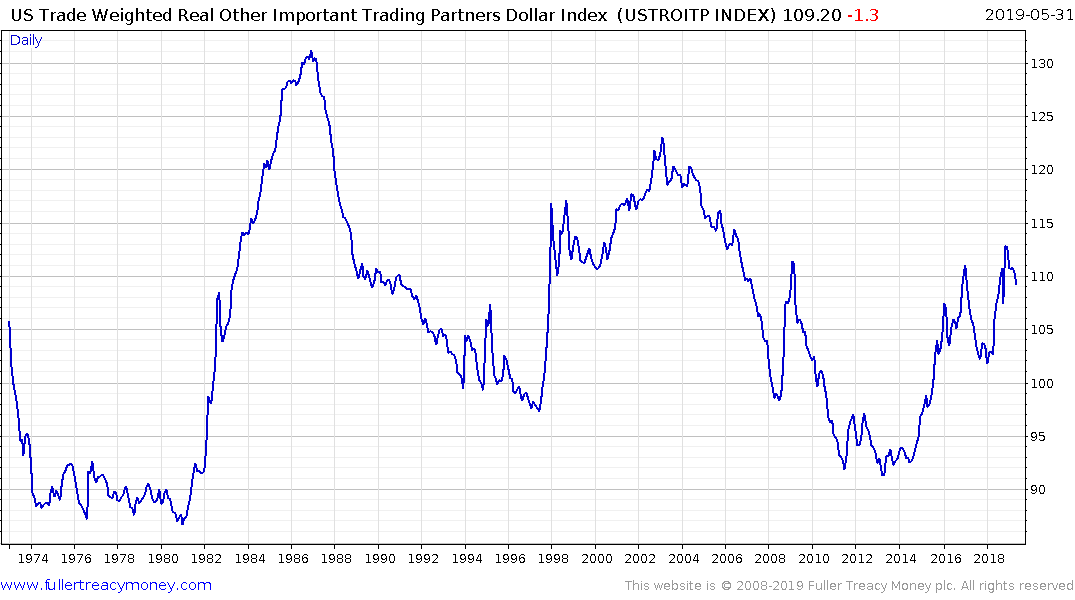 It failed to hold the move to new recovery highs in April and is susceptible to some additional consolidation.