U.S. negotiators have reached the terms of a phase-one trade deal with China that now awaits President Donald Trump’s approval, according to people briefed on the plans.

Trade advisers were set to meet with the president at 2:30 p.m. to discuss the agreement. An announcement could come by day’s end, the people said. A White House spokesperson declined to comment.

The terms have been agreed but the legal text has not yet been finalized, according to the people. The administration has reached out to allies on Capitol Hill and in the business community to issue statements of support once the announcement is made, they said.

“They want it, and so do we!” he tweeted five minutes after equity markets opened in New York, sending stocks to new records.

Nothing seems to animate traders more than trade related tweets at present. Every negative sentiment is greeted with a couple of percent sell-off and every positive utterance is greeted with a bounce. The broad picture is the Chinese economy is slowing and the administration has been priming the populace for harder times ahead. Meanwhile the US economy is strong, but business confidence is weak. The Chinese and US businesses have a clear interest in a deal that removes barriers to trade but the Trump administration also wants to get to 2020 election without a recession. That puts the odds of a deal closer to fruition that any other argument. 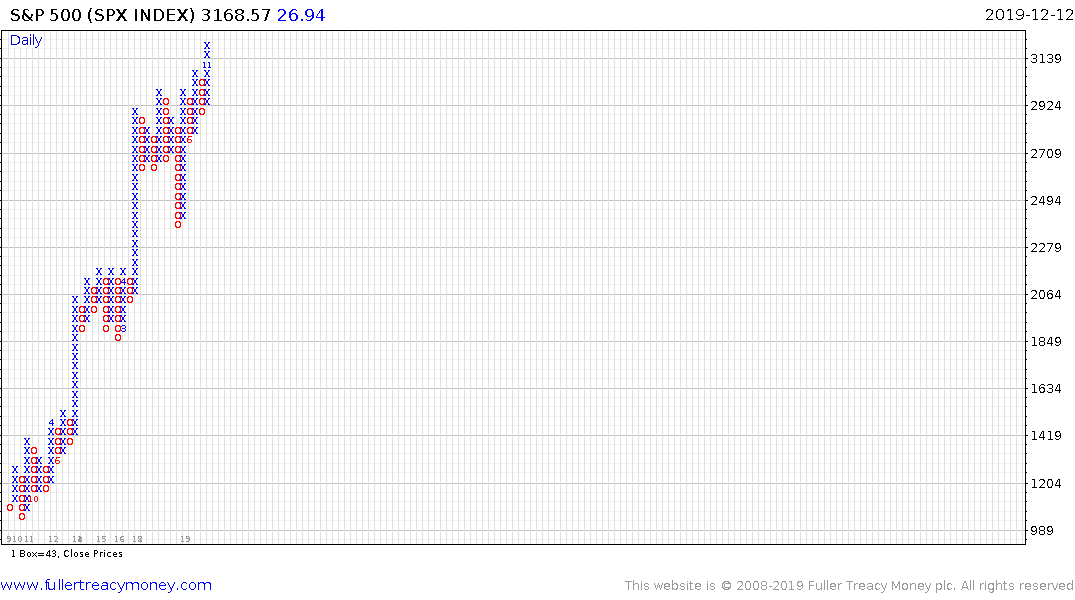 The S&P500 continues to hold its breakout to new highs and a sustained move below the trend mean would be required to question medium-term scope for continued upside. 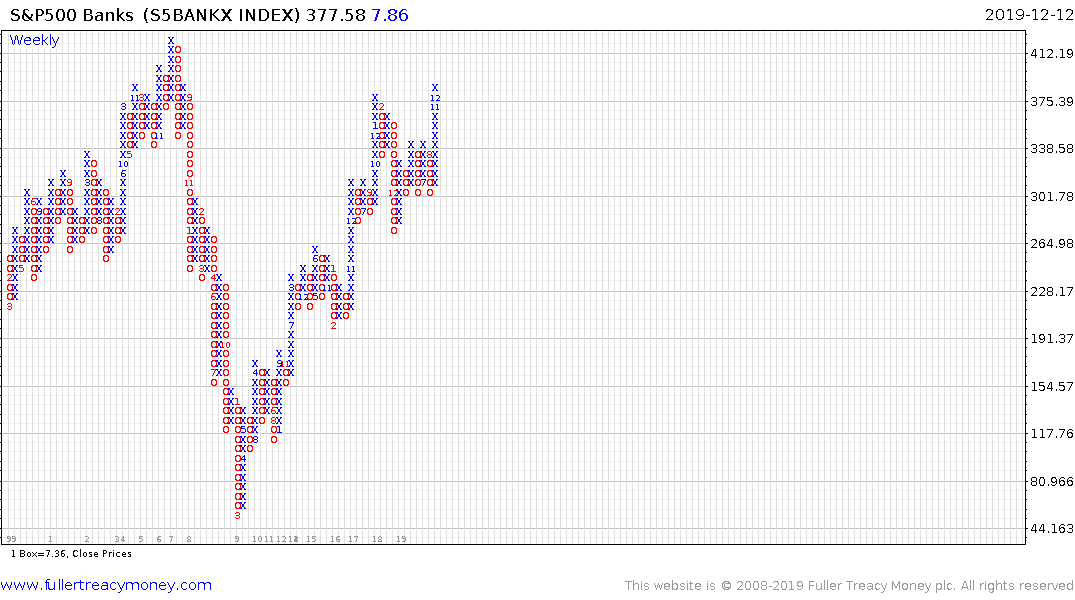 The S&P500 Banks Index hit a new recovery high today and is within striking distance of its all-time peak. The continued surge in provision of liquidity from central banks and governments all over the world is a tailwind for the banking sector and supportive of the argument we are back in a liquidity fueled bull market.