U.K. on Collision Course With China From Hong Kong to Huawei
Comment of the Day

U.K. on Collision Course With China From Hong Kong to Huawei by Eoin Treacy

Jeremy Hunt, a Conservative lawmaker and former foreign minister, opened a new front on Thursday with an op-ed in the Times of London warning that Taiwan, the separately ruled island that China regards as part of its territory, “should worry us more.”

“In its willingness to abandon Hong Kong’s ‘one country, two systems’, China may also be signalling that it has given up hope of a peaceful reunification with Taiwan in favour of a military solution,” Hunt wrote. “Were that to be the case the implications for western democracies would be extraordinarily dangerous.”

One potential bonus for Johnson in escalating tensions with China lies with the U.S., where the Trump administration has been prodding allies globally to adopt a more skeptical stance to Beijing. That includes shunning technological advances such as the 5G capabilities offered by Huawei, which Washington says are a security risk.

The world is quickly realising that decisions need to be made on how close a relationship we want with China. Passing the security law in Hong Kong on the 29th anniversary of the squelching of Tiananmen Square democracy protest movement sends a none too subtle signal China is not about to back down from imposing its will on Hong Kong.

This is all forcing companies and countries to choose the side they think will eventually prevail. Do you protect what you have or do you bet on where you are experiencing growth? Maybe the growth does better in the long-term but maybe it doesn’t. Maybe what you have dies off and maybe it doesn’t. The one thing you have in a liberal economy is property rights so that at least what you own is yours. The challenge in a despotic regime is the more success you gain, the greater the chance it will ultimately be taken away from you. 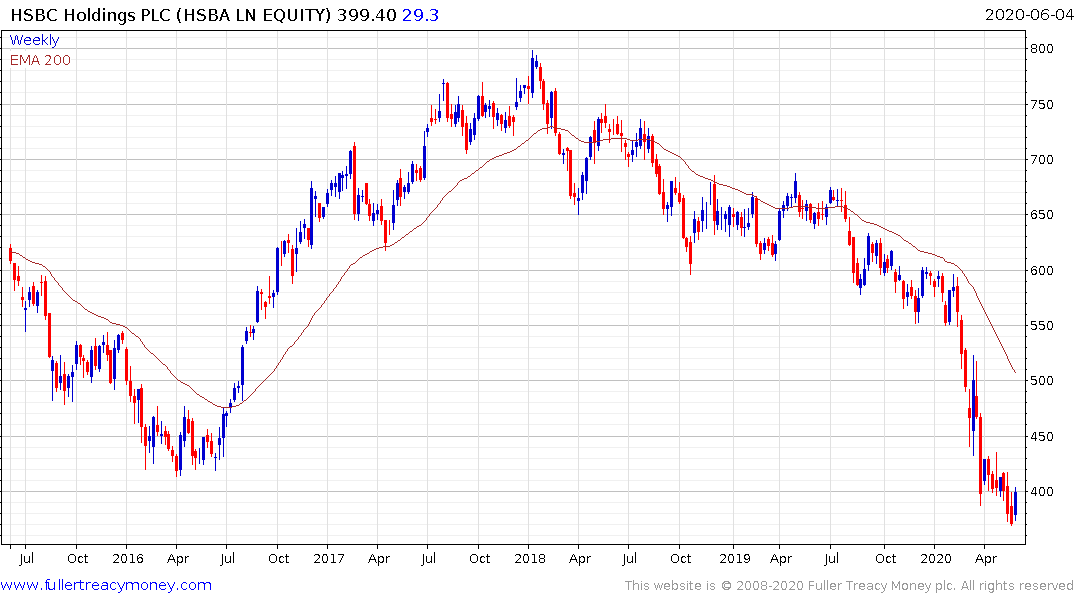 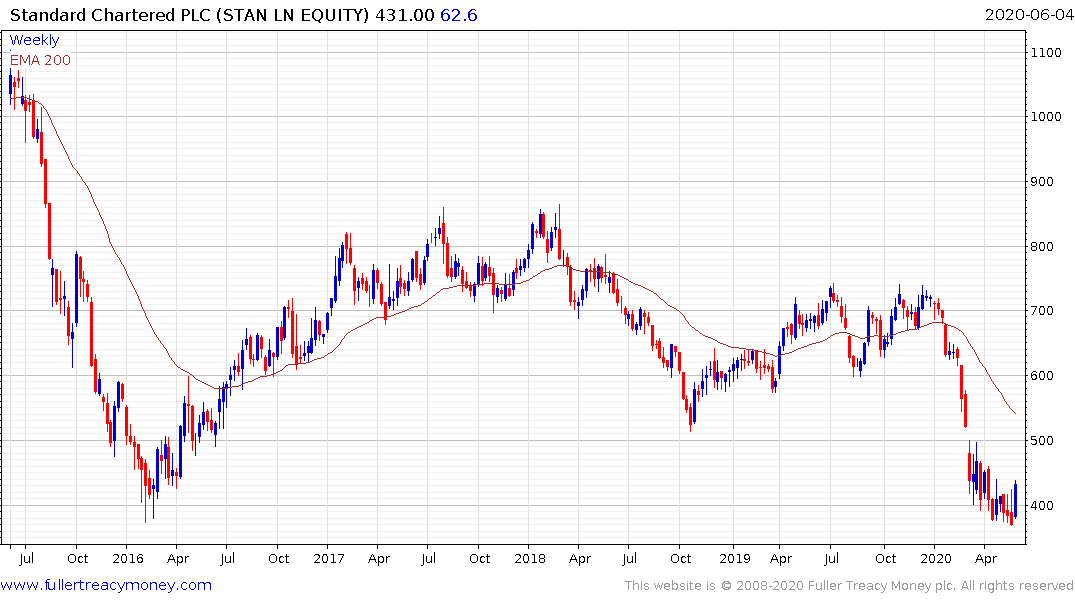 This is particularly relevant for HSGC and Standard Chartered which are both struggling to put in lows.

The medium to long-term trend is for further decoupling of the West from China which has significant inflationary consequences.

This report from LGT Private Banking may also be of interest.