U.K. Fires Broadside at EU Before Future-Ties Talks Even Begin
Comment of the Day

U.K. Fires Broadside at EU Before Future-Ties Talks Even Begin by Eoin Treacy

The EU says any agreement hinges on the U.K. signing up to commitments to prevent it undercutting the European economy. But  the U.K. says sticking to the EU’s rules -- known as the “level
playing field” because it would force Britain to accept EU standards in areas such as public subsidies, environmental rules, and labor conditions -- is unfair and goes beyond the conditions the EU imposed in other trade deals.

“It is central to our vision that we must have the ability to set laws that suit us -- to claim the right that every other non-EU country in the world has,” Frost said. “To think that we might accept EU supervision on so called level playing field issues simply fails to see the point of what we are doing. It isn’t a simple negotiating position which might move under pressure -- it is the point of the whole project.”

Under Johnson, the U.K. is taking a less conciliatory approach to its EU negotiations than under his predecessor Theresa May. Frost’s outlining of Britain’s strategy in public contrasts sharply with the secretive way the government conducted talks from 2017-2019 on the country’s withdrawal.

The EU is still concluding its own position on the negotiations, with a series of internal discussions by diplomats scheduled to end on Wednesday. The bloc is considering demanding the U.K. stick to EU rules -- and, in some cases, make them tougher if the EU does -- in a whole host of areas from food hygiene to data protection to labor law.

In a signal of where a compromise might eventually come, Frost said the U.K wants “open and fair competition provisions” based on precedents in other free trade deals.

If the UK is going to succeed in developing a successful economic model capable of competing with the EU and everyone else for that matter, then the ability to set its own rules, regulations and incentive programs is essential. It’s a good thing the current UK administration understands that but it is also a recipe for acrimonious negotiations where brinksmanship is to be expected. The deadline of December 31st ensures this is going to be a topic of conversation for the rest of the year.

However, the most likely scenario remains a partial agreement on the points the two sides can agree on. Abiding by the EU’s rules on financial sector regulation will be an easy concession not least because so much of the sector is governed by larger international agreements like Basel III and because access for the City is a national priority. Meanwhile other areas will be much more contentious. A phase 2 agreement to create a comprehensive agreement which delivers on the UK’s demands for independence is probably going to take a lot longer. 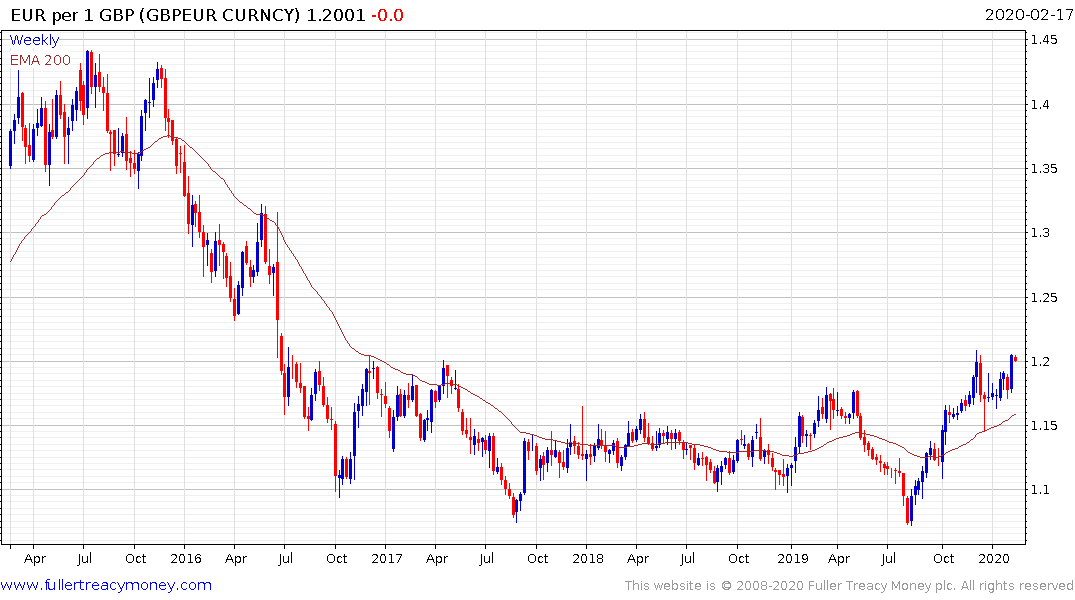 The Pound might be short-term overbought against the Euro but it continues to hold the breakout from its three-year base formation. 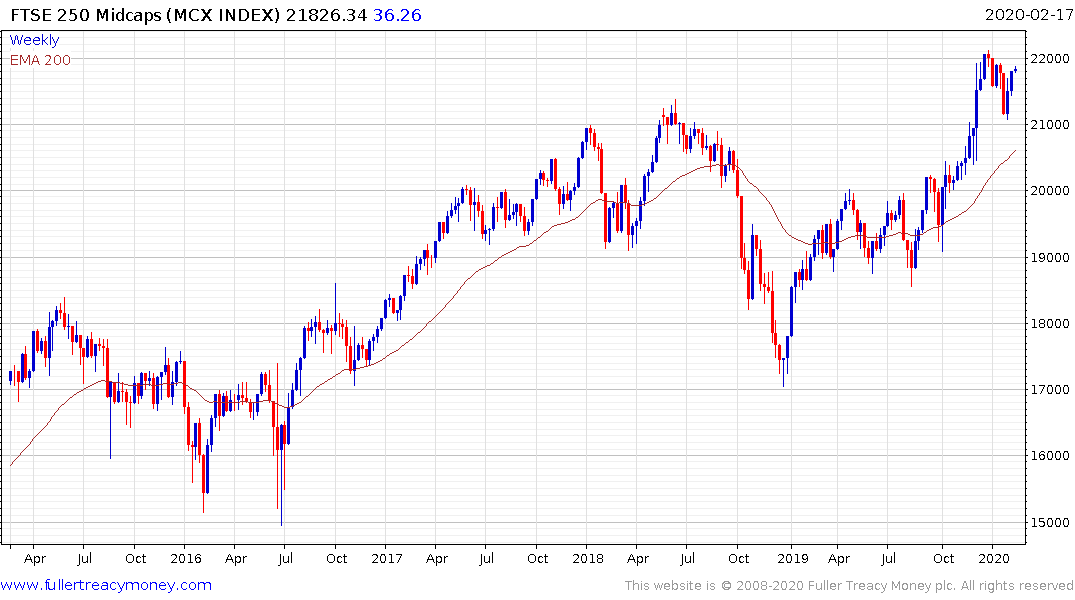 The FTSE-250 has rebounded impressively over the last couple of weeks and is now back testing the early January peak. A sustained move below the 200-day MA would be required to question medium-term scope for continued upside.