The chancellor and Prime Minister Boris Johnson have repeatedly said they’re not planning on pursuing austerity policies to rein in government spending, and for now Sunak has focused on preserving jobs to avoid long-term scarring of the economy. He unveiled a 30-billion pound stimulus program last week, and plans a wider package in a budget in the fall.

Hughes said while there are upside and downside risks to inflation, they’re tilted toward it remaining below the Bank of England’s 2% target. He also warned that the debts being built up by companies to tide them over the pandemic could end up becoming a burden that leads to scarring of the economy.

“One of the concerns that we’ve had is that the longer the crisis goes on for, the more likely government-guaranteed loans becomes less of a facilitator of the recovery and more of a burden,” he said. “The more the debt is a burden on companies the less they will invest. We know from past crises that one of the reasons you see longer-term scarring on the economy is you have foregone investment, and that scarring can be significant.”

He suggested one way to mitigate for that effect would be to tie repayments of the government-backed loans to a company’s earnings and profitability.

Hughes said high frequency data pointed to a “a bit of good news,” with April representing the low point for the economy and output contracting by about 25% instead of the 35% initially forecast by the OBR. The question is how quickly the economy gets back that loss.

Current OBR projections are based on Britain and the European Union striking a free-trade agreement. If talks fail and Britain is forced onto WTO rules when the current transition period ends in December, there will be adverse “consequences” for growth and the public finances, he said.

The biggest challenge for every country as we look beyond the coronavirus-induced crisis is in what manner the debt will be paid back and how a drag on recovery can be avoided. The clear answer is to refuse to raise interest rates regardless of how powerful the economy is. Following that up with additional spending measures, to placate restive populations is also likely to be part of the solution.

That is clearly inflationary if the economy recovers. The size of the Bank of England’s balance sheet has expanded significantly but only 3% is comprised of inflation protected securities. It stands to reason that if the government is clearly intent on monetizing the debts than buying back the inflation protected bonds should be part of that plan. With that kind of prospective solution, they are likely to be some of the most in demand fixed income instruments even at yields of -2.8%. 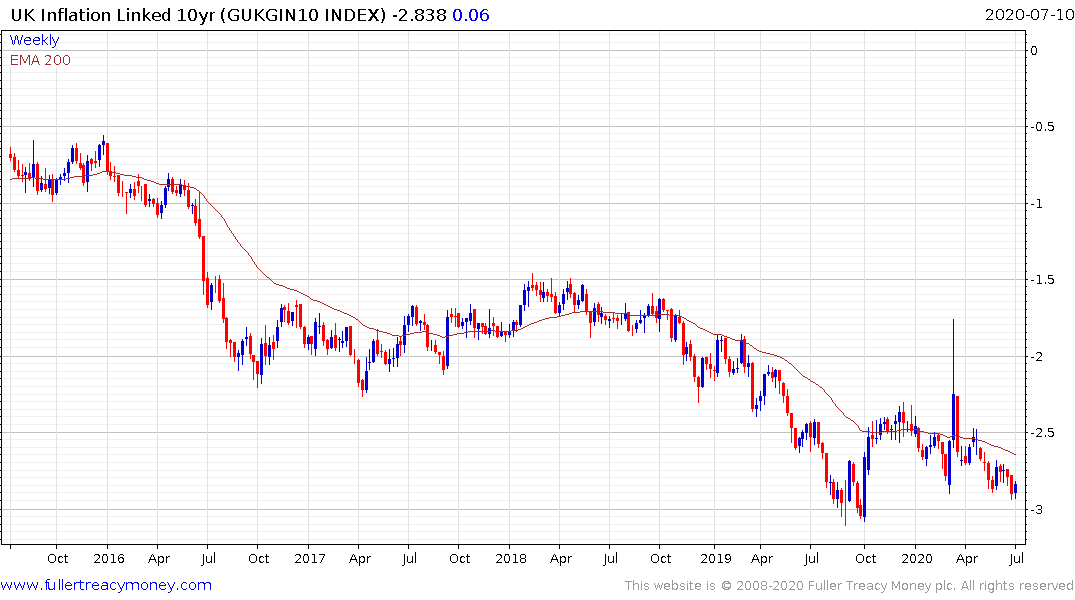 That’s likely to part of the solution in most countries and how aggressively it is followed in the UK relative to Europe and the USA will have a significant influence on the outlook for the Pound. The Bank of England’s £250 billion addition to the balance sheet is large in nominal terms but is rather small relative to the measures taken by the USA and Europe. That helped the Pound to stabilise and it is now pausing in the region of the trend mean. 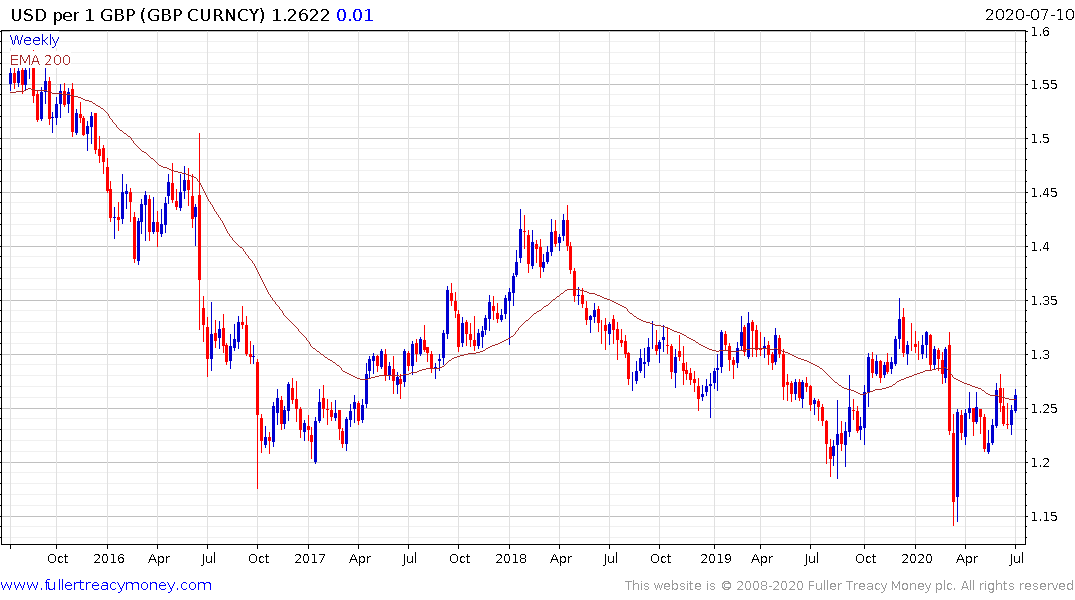