Still, a last taste of aid is creating a temporary buffer. Payments of the final tranche started in January, contributing to the gains for this year’s profit projection. The USDA forecasts farmers will receive $15 billion in direct government payments in 2020, down from $23.7 billion in 2019 but still above the $11.5 billion received in 2017, before the trade war started.

While the USDA’s estimates take into account the trade pact, they may not reflect the true scope of the impact, according to Carrie Litkowski, a senior economist with the USDA’s Economic Research Service.

The projected gain for income also doesn’t reflect any potential blow-back from the outbreak of the deadly coronavrius in China, the world’s biggest food importer. The health crisis has in recent days called into question whether the Asian nation will meet the purchase targets established in the trade deal.

Soybeans has been ranging mostly above 850¢ since 2018 and returned over the last month to test the lower side of its range. This area represents the lower side of the volatile trading pattern which has evolved since the breakout in 2007. Bull markets in commodities are defined by an increase in the marginal cost of production and prior to 2007 the price failed to hold moves above 850c. That suggests we are seeing a long-term example of past resistance offering future support. 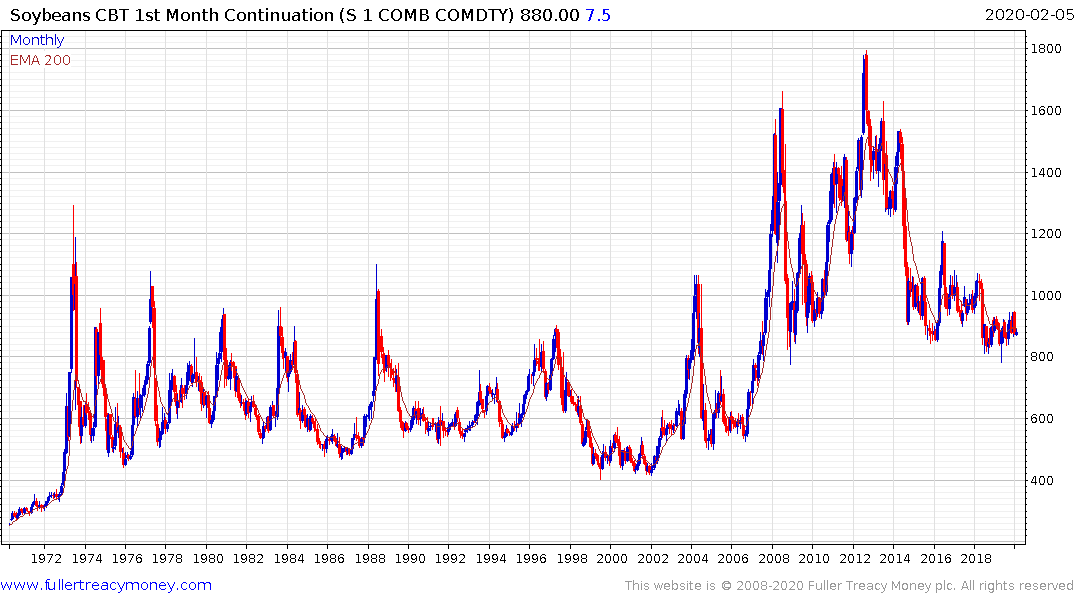 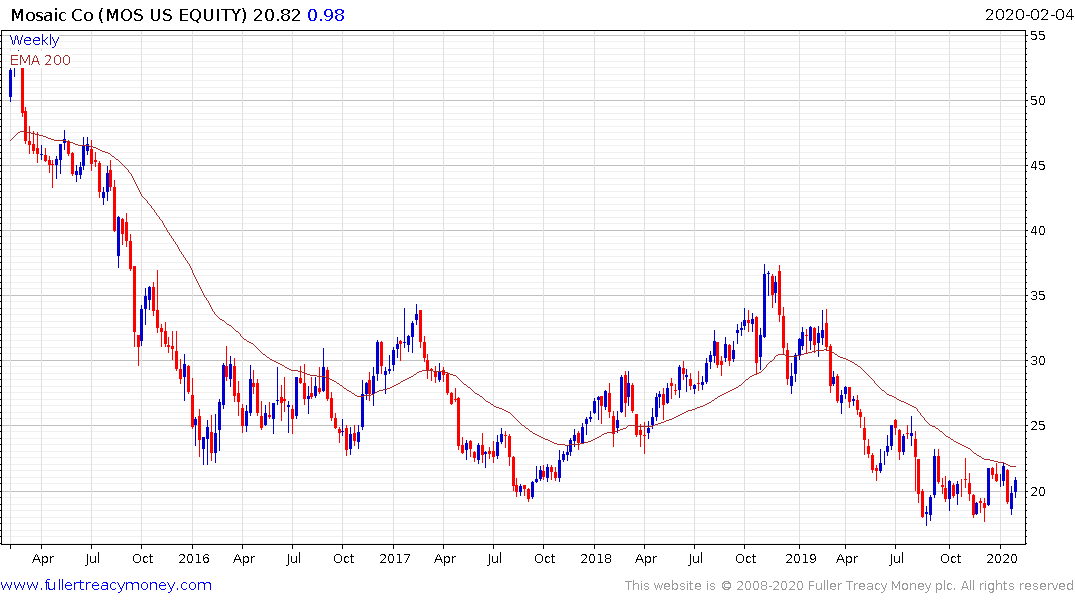 Mosaic made the trip from the upper side of its base formation to the lower side and back again over the last month. The share is now back testing the region of the trend mean and a clear downward dynamic will be required to question potential for a successful upward break.