President Donald Trump abruptly escalated his trade war with China, announcing that he would impose a 10% tariff on $300 billion in Chinese imports that aren’t yet subject to U.S. duties.

The new tariff will be imposed beginning Sept. 1, Trump said in a tweet Thursday that broke a tentative trade cease-fire between the world’s two biggest economies. The 25% tariff already imposed on $250 billion in Chinese goods will remain in place, he said.

A draft list of $300 billion worth of targets published by the Trump administration in May included a raft of consumer and technology goods, including most of Apple Inc.’s major products such the IPhone, along with toys, footwear and clothing. The final list hasn’t yet been released.

“These are the tariffs on many of the consumer goods that were spared in the previous tariff rounds,” said Neil Dutta, head of economics at Renaissance Macro Research in New York, in a note. “This is a small hit to growth but will likely be more obvious to consumers. Keep in mind that margins have come in somewhat already, not sure firms can simply eat the cost.”

Jay Powell’s statement yesterday that the cut to interest rates was more of a mid-cycle insurance cut than a response to the end of the credit cycle led to some unwinding of bets on a 50-basis point but. As the news was digested this morning the majority of markets were in positive territory and at one point has almost completely unwound yesterday’s decline. That was until President Trump announced additional tariffs. That is going to set off a scramble for inventory ahead of the busy fourth quarter retail period.

Considering the pop to retail prices the imposition of a 10% tariff is likely to have the Fed is going to be in the difficult position of needing to cut because of the hit to growth but being pressured to tighten because of inflation pressures. Growth concerns are likely to win out over inflation. 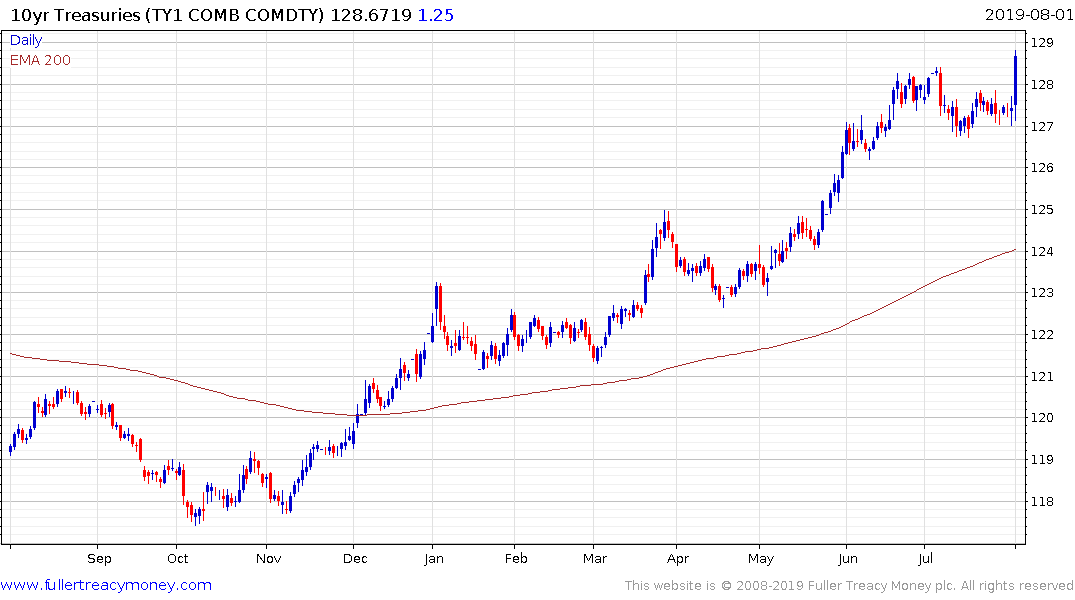 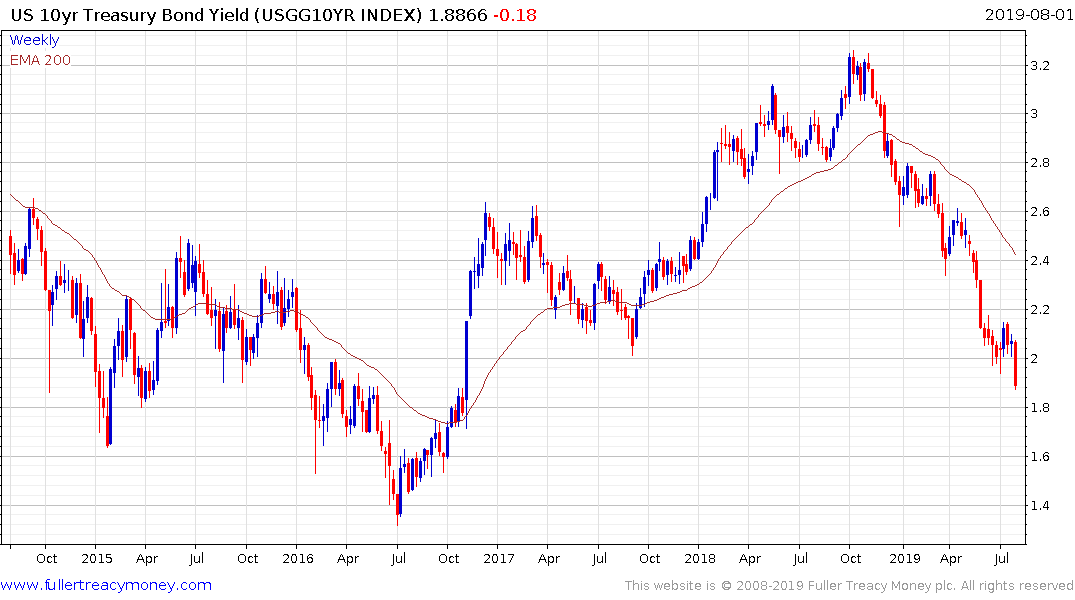 The trend in 10-year Treasuries remains consistent and today’s upward dynamic reasserts demand dominance following another equal-sized reaction. A retest of the lower side of the range of the yield near 1.5% remains the base case following the failed upside break at the end of 2018. 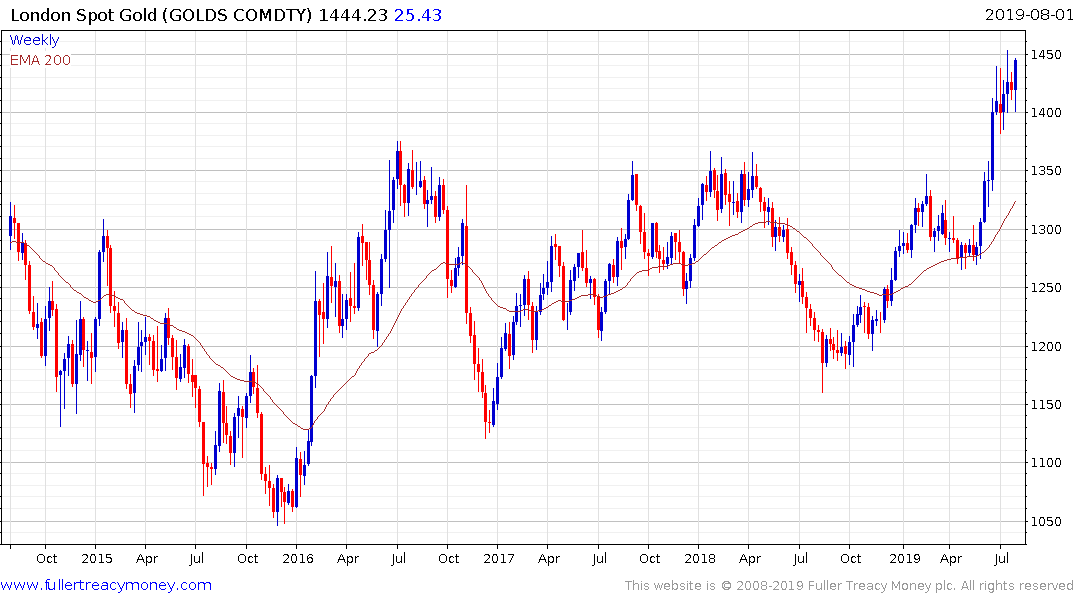 Gold reversed its earlier decline to confirm support in the region of $1400 and the odds remain in favour of a breakout to reassert medium-term demand dominance. 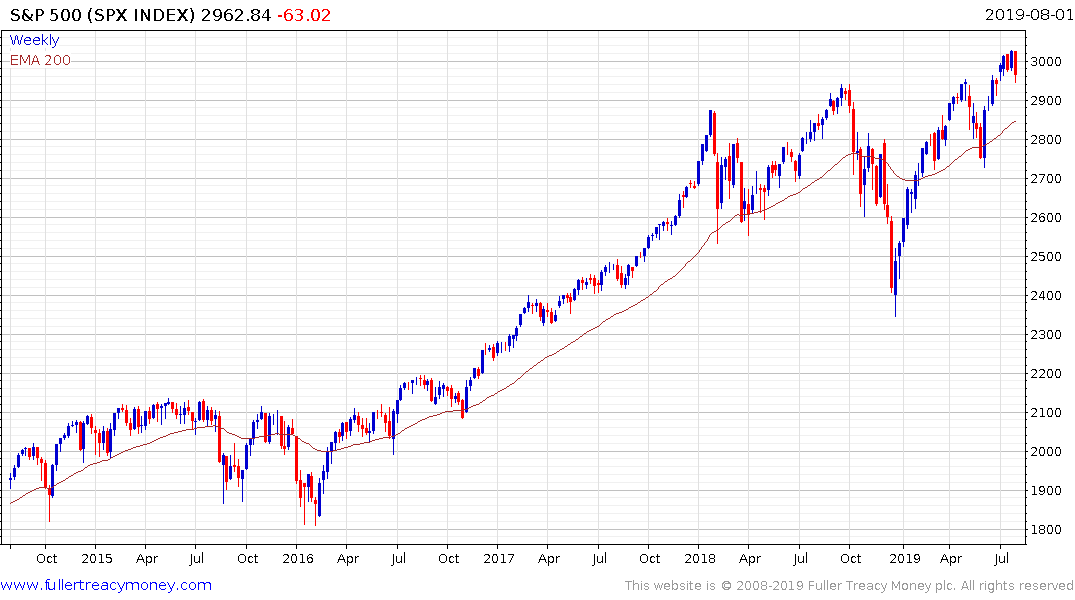 The S&P500 reversed its earlier advance to following through on yesterday’s downward dynamic. This increased volatility suggests a reversion towards the mean is looking more likely than not. 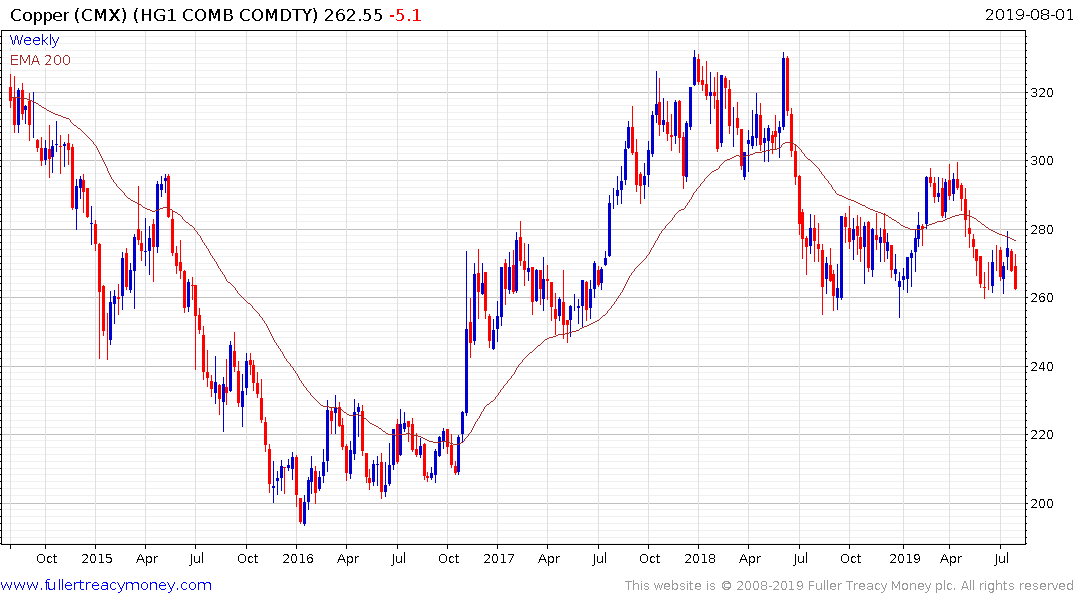 Copper dropped back to test the lower side of its range. A clear upward dynamic will be required to question scope for continued downside. 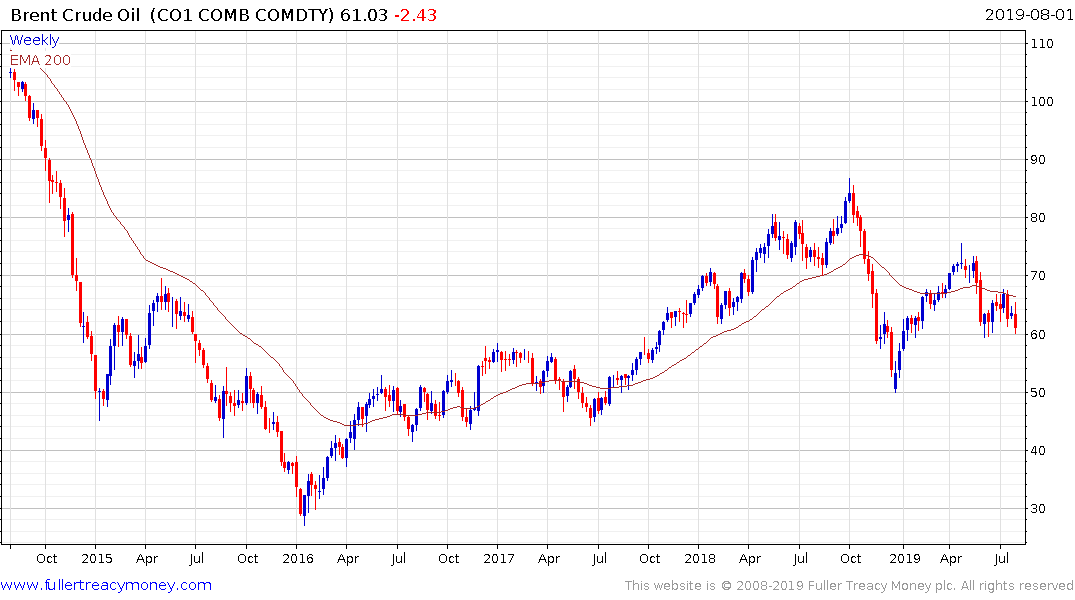 Crude Oil dropped back sharply to confirm resistance in the region of the trend mean. A sustained move above $65 would be required to question near-term scope for continued lower to lateral ranging.