In addition to Troubled Asset Relief Program (TARP)-like programs to assist companies and industries, there is no other choice but for the Fed to step up to keep markets functioning. That’s why I’ve been saying that we would need to see about $4.5 trillion of quantitative easing (QE) before everything was resolved. This is in addition to emergency lending through the discount window, dealer repo operations, central bank liquidity swaps, and the Commercial Paper Funding Facility, Primary Dealer Credit Facility, and Money Market Mutual Fund Liquidity Facility. That would take the Fed’s balance sheet to at least $9 trillion, or about 40 percent of last year’s gross domestic product (GDP). That might sound like an alarmingly big number, but to put it in perspective the Bank of Japan’s balance sheet is the equivalent of 105 percent of GDP. So, the United States is a piker on QE. 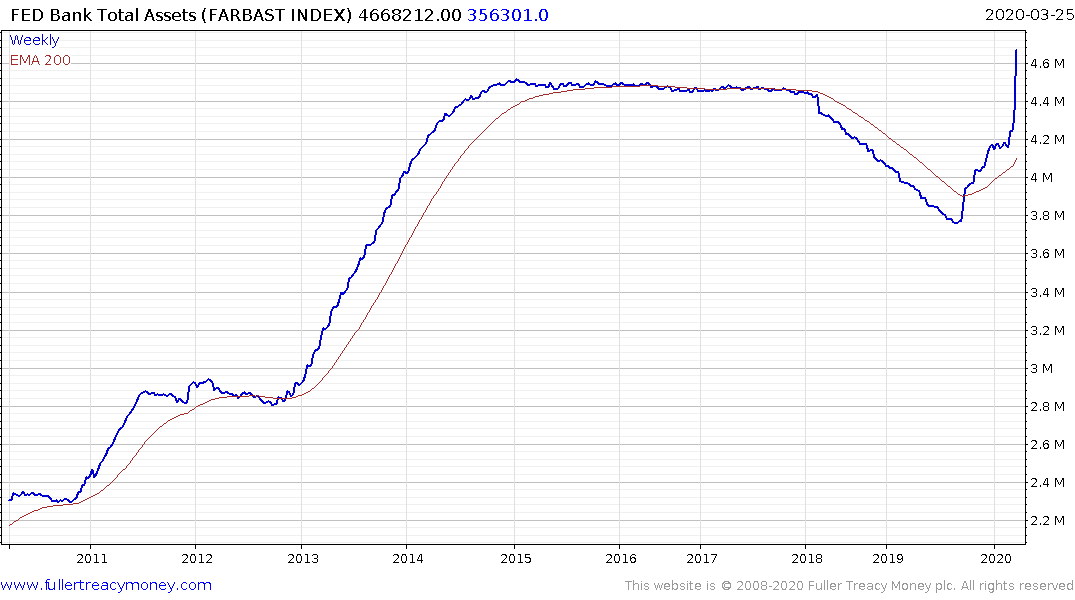 The ECB’s Balance Sheet jumped by €200 billion last week and at least another couple of trillion looks like a good starting point for estimates. 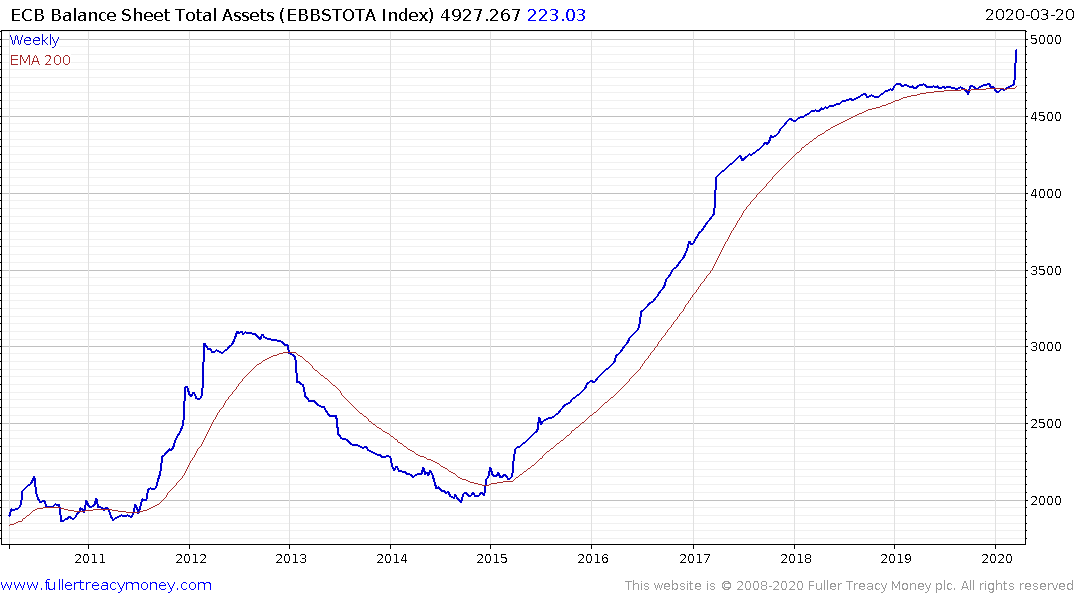 The Bank of Japan’s Balance Sheet has also broken on the upside but not in as dynamic a manner. 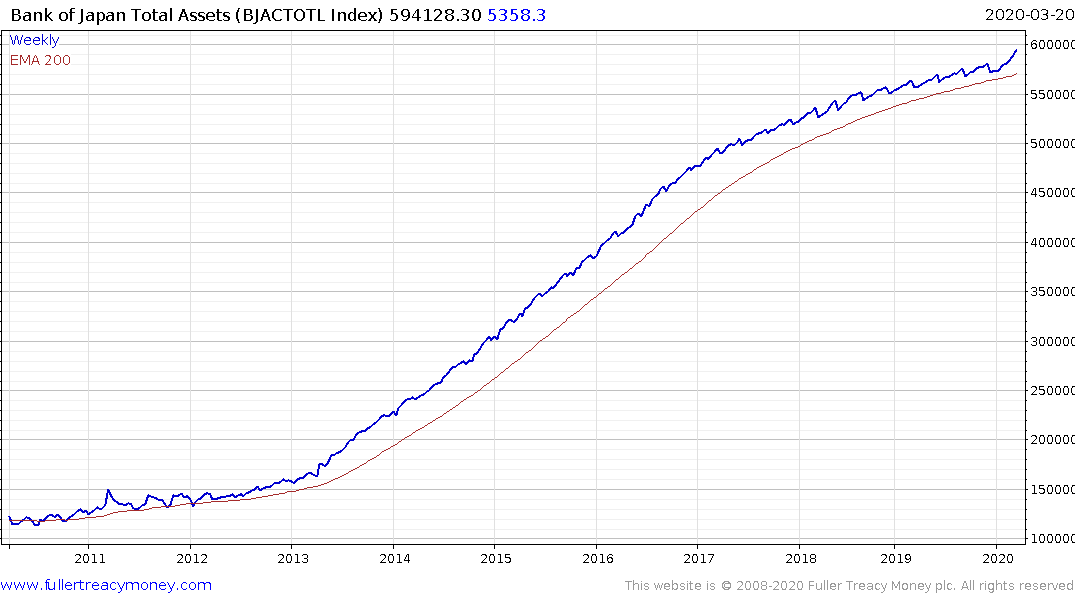 The People’s Bank of China Balance Sheet totals have not been updated since February but appears unlikely to contract against the current macro background.

The Bank of England and Swiss National Bank do not update their balance sheet totals on a regular basis.

On a combined basis the strength of the US Dollar has weighed on the total boost to global liquidity. It has risen but the shortage of global Dollar liquidity has been an inhibiting factor. The measures announced by the Federal Reserve over the last few days are essential to ensuring global liquidity remains abundant because the number of countries likely to draw on cross currency swap lines is only likely to increase.

The banking sector was a mess in 2008 but the problem was confined to the US housing market and associated financial system. That meant growth companies, those deploying financial optimisation and emerging markets were ideally placed to benefit from the stimulus deployed.

On this occasion everywhere is being affected so the coronavirus is reducing the number of assets which will be unscathed by the recession. The clearest beneficiaries are the suppliers of staple goods, health care suppliers and high growth technology. Less technologically advanced economies are relying on the relative youth and resilience of their workforces to get them through the crisis.