The Changing Value of Money
Comment of the Day

The Changing Value of Money by Eoin Treacy

Then came World War I when warring countries ran enormous deficits that were funded by central banks’ printing and lending of money.  During the war years gold was international money as international credit was lacking because trust was lacking.  Then the war ended, and a new monetary order was created with gold and the winning countries’ currencies, which were tied to it, at the center of that new monetary order.

Still, in 1919-22 the printing of money and devaluations of several European currencies were required as an extension of the debt crises of those most indebted, especially those that lost World War I.  As shown this led to the total extinction of the German mark and German mark debt in the 1920-23 period and big devaluations in other countries’ currencies including the winners of the war that also had debts that had to be devalued to create a new start.

With the debt, domestic political, and international geopolitical restructurings done, the 1920s was a boom period, which became a bubble that burst in 1929.

In 1930-45, 1) when the debt bubble burst that required central banks to print money and devalue it, and then 2) when the war debts had to increase to fund the war that required more printing of money and more devaluations.

At the end of the war, in 1944-45, the new monetary system that linked the dollar to gold and other currencies to the dollar was created, and the currencies and debts of Germany, Japan, Italy, and China (and a number of other countries) were quickly and totally destroyed while those of most winners of the war were slowly but still substantially depreciated.  That monetary system stayed in place until the late 1960s.

The purchasing power of fiat currencies is rapidly being debased. That is helping to support the nominal prices of stocks, property, gold and bonds. The $4 trillion surge in the total assets of central banks over the last couple of months has supported prices for just about all asset classes. The best performing assets have been those that have historically benefitted from deploying free abundant capital to fuel growth since 2009.

However, at some stage the music does stop. Based on current trajectories, the potential for all major bonds to below zero is non-trivial. What is an insurance company, pension fund or long-term investor to do at that stage because we are then in the proverbial pushing on a string environment? Japan dealt with negative rates by investing abroad via the carry trade. That only works if you have somewhere to carry to. 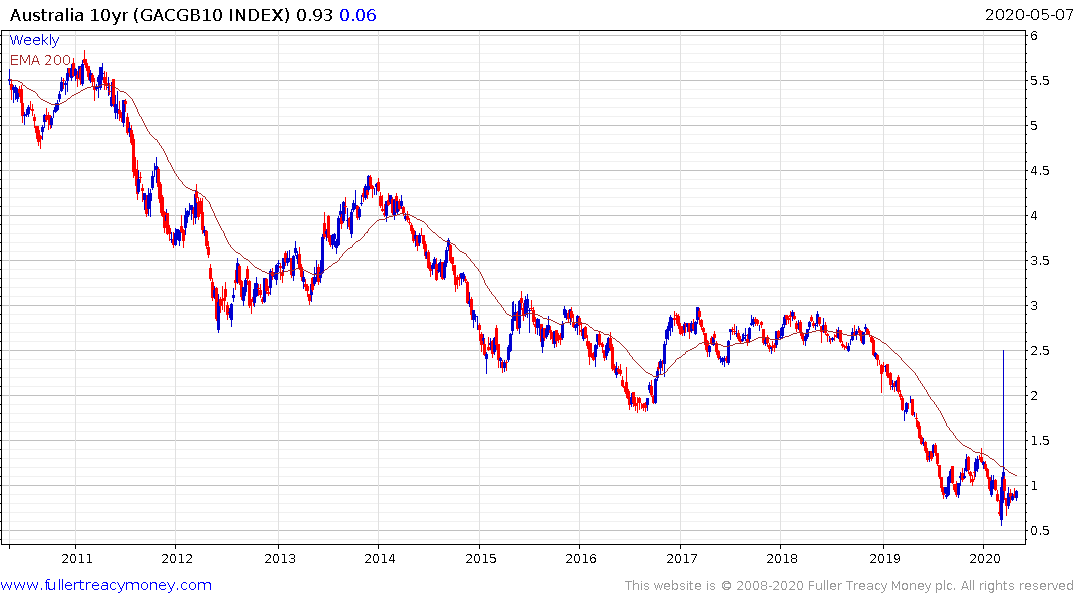 On that logic Australian and Canadian debt is attractive provided their respective currencies remains steady. 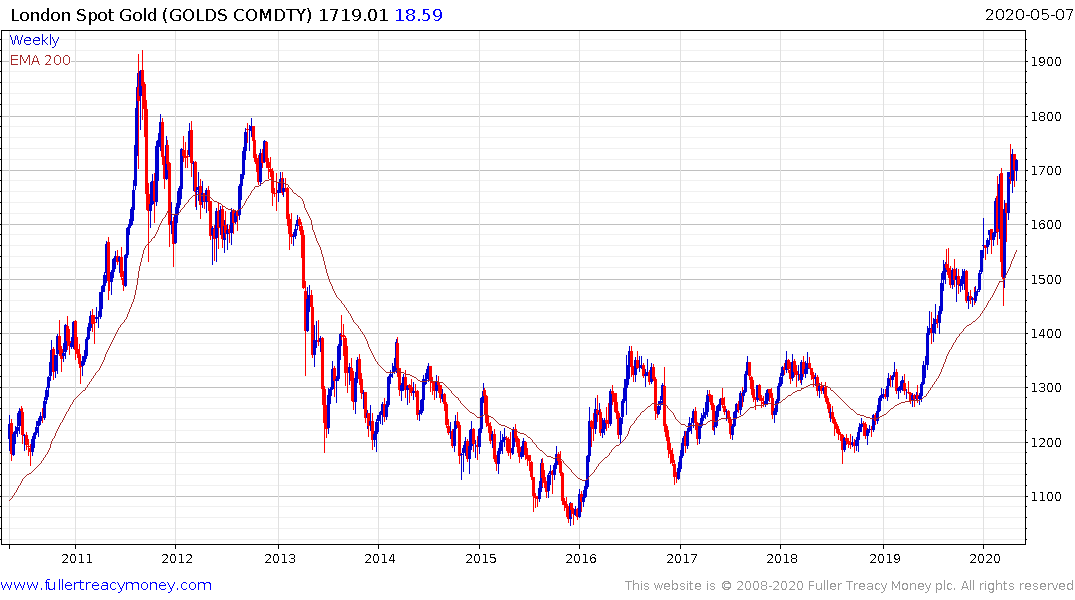 Meanwhile gold remains in one of the most consistent uptrends anywhere.

From a longer-term perspective, a point I have made in various forums over the last couple of years is if you are going to engage in monetary debasement on an epic scale you had better simultaneously prepare for war. The winners of the wars set the rules and the losers experience the biggest reduction in living standards.

In the nuclear age, the first country to come up with a weapon which can neutralise the threat from nuclear weapons has a significant incentive to push their advantage. The prize is world domination and the opportunity to set the rules for the next half century. With that in mind monitoring news about hypersonic missiles, space and rockets and UFOs is time well spent.