Tesla plans to increase local sourcing to 100% in Shanghai by the end of the year, from about 30% now, Song said. That should help lower costs as Tesla and other ambitious EV makers face a challenging market in China, where auto sales have been slowing.

Last month, people familiar with the matter said localization would help Tesla cut prices by 20% or more in 2020. The company has been exempted from a 10% purchase tax for its locally built sedans, posing more of a threat to the likes of NIO, Xpeng and BYD Co.

Tesla’s primary success has been in creating electric vehicles consumers aspire to own. The defining characteristic in how well the company survives the challenges of achieving the scale of a major manufacturer will be in how well they keep costs under control. A 20% decline in costs through local sourcing is a major step in the right direction and provides the company the leeway to compete on price with China’s myriad domestic companies.

The argument about range anxiety and charging infrastructure will likely remain a factor for some time but price is something every consumer has in mind when they made a decision to buy a new vehicle. The Model 3 is cost competitive today with a Toyota Prius with a monthly lease in the region off $350. That’s also well below what the monthly cost of a BMW is where Tesla also competes. Execution will remain the primary challenge as the company scales. 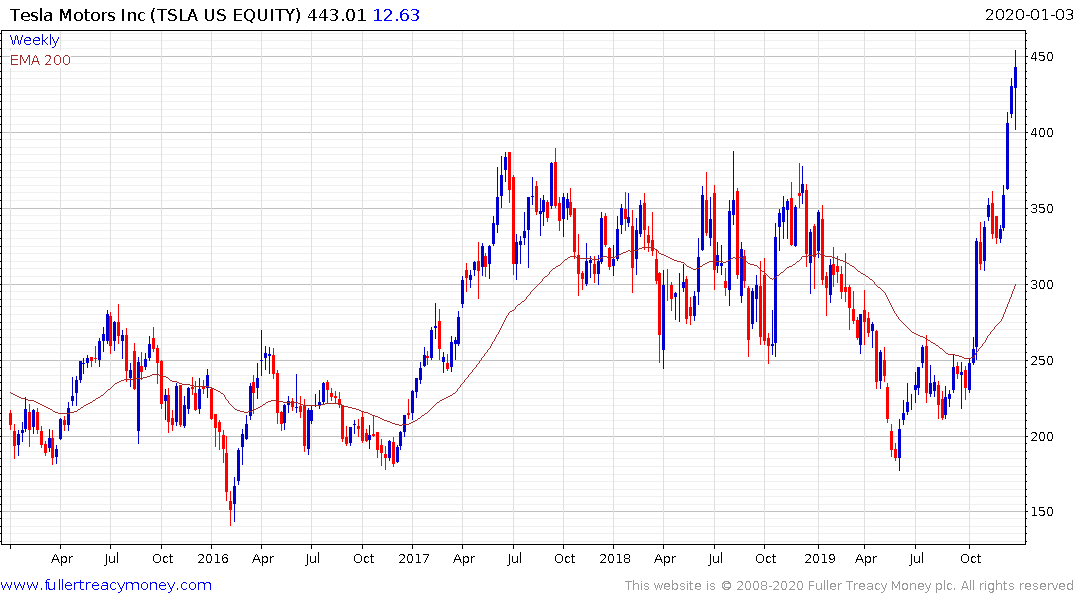 The share has more than doubled since June is looking quite overextended following the breakout to new highs last month but a clear downward dynamic would be required to check momentum. 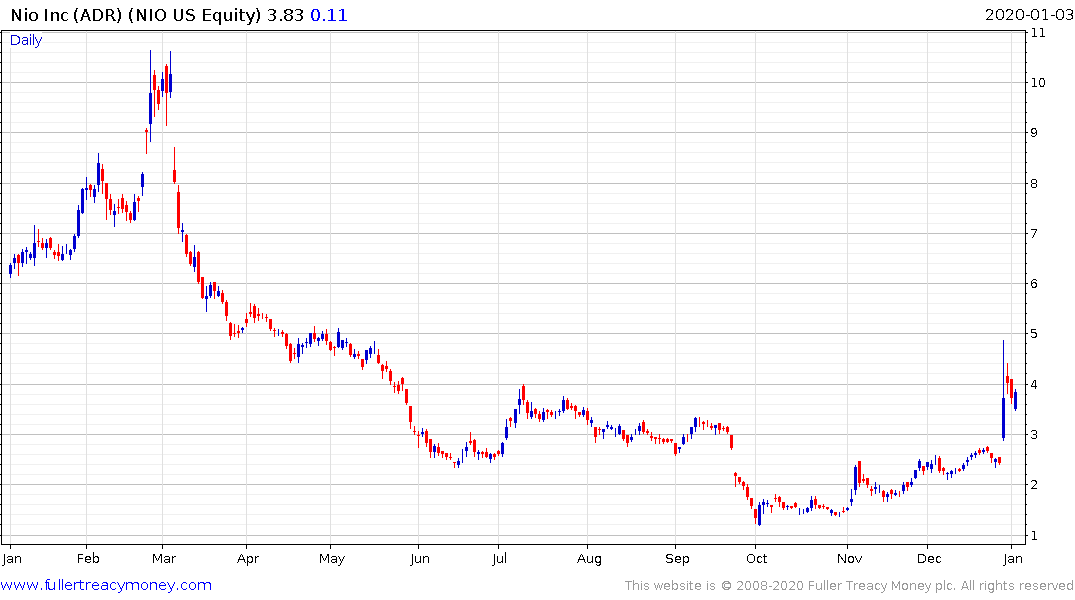