Primary supply materially affected by COVID-19 — As the pandemic took hold in the Americas in early-March, governments took action to mitigate the spread of the virus by restricting or shutting-in production, including both in Mexico and Peru, which collectively represent 35-40% of global production. We estimate that ~40Moz of mined supply has been lost to-date in 2020. Global operations for the most part have returned to production; however, in many cases, production has not yet returned to full capacity.

Industrial demand beginning to improve — According to TD's Commodity Strategy Team, silver's beta to commodity demand has increased significantly in 2020, which initially hurt silver's appeal relative to gold in the early stages of the pandemic. However, with PMIs now rising globally, it arguably sets the stage for a rebound in industrial demand for silver, which represents over 50% of consumption. We are currently forecasting that industrial demand will fall 8% this year to 474Moz, before rebounding by 6% in 2021 to levels similar to 2019.

ETF investment demand at record-highs — Although industrial demand is in the early stages of a rebound, ETF holdings have increased 25% YTD to a record level of 765Moz. We continue to expect investment demand to remain strong for the next several years for many of the same reasons we favour gold: including unlimited Quantitative Easing by the fed, which we expect will suppress real rates by lifting inflation expectations at a faster pace than nominal rates. 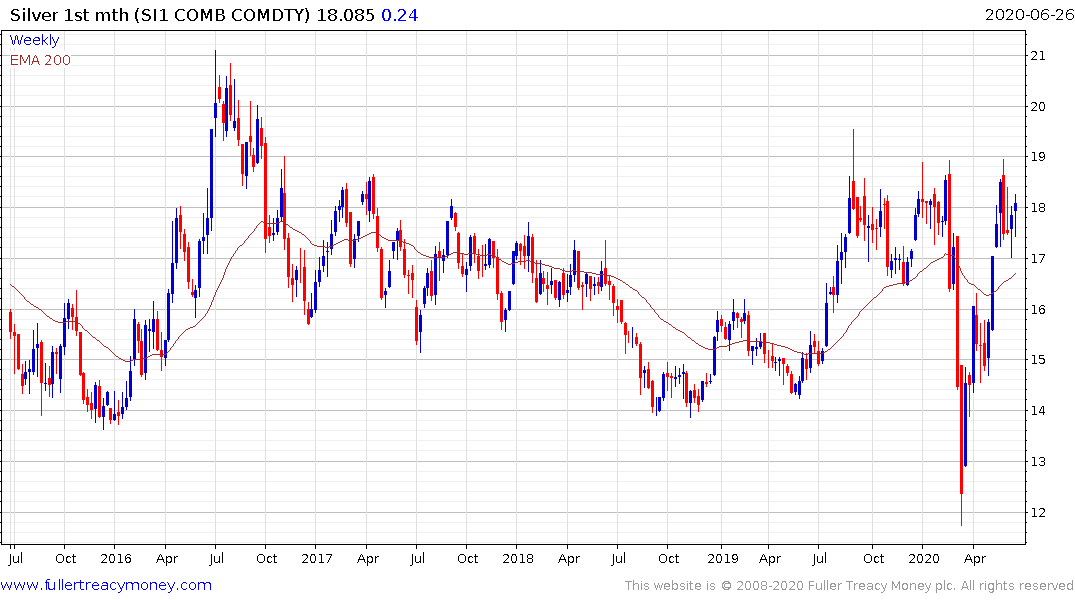 The extent to which mine supply has been impacted by the spread of COVID-19 in Latin America is something that had more of an effect on iron ore prices than silver. The bigger question is how much of an impact a return to production will have on prices. The supply deficit may have at least supported prices without contributing to an outsized gain. The return of supply could create a surfeit.

The more compelling reason to own silver in my view is that it is cheap compared to gold and investors are accumulating positions as a hedge against competitive devaluation of fiat currencies.

Silver is high beta gold but it tends to lag in the early stages of a new bull market. A sustained move above the psychological $20 will be required to confirm a return to medium-term demand dominance.

Some of the most prolific silver producers now derive more of their revenue from gold. The prolonged bear market forced diversification because mining silver became uneconomic. 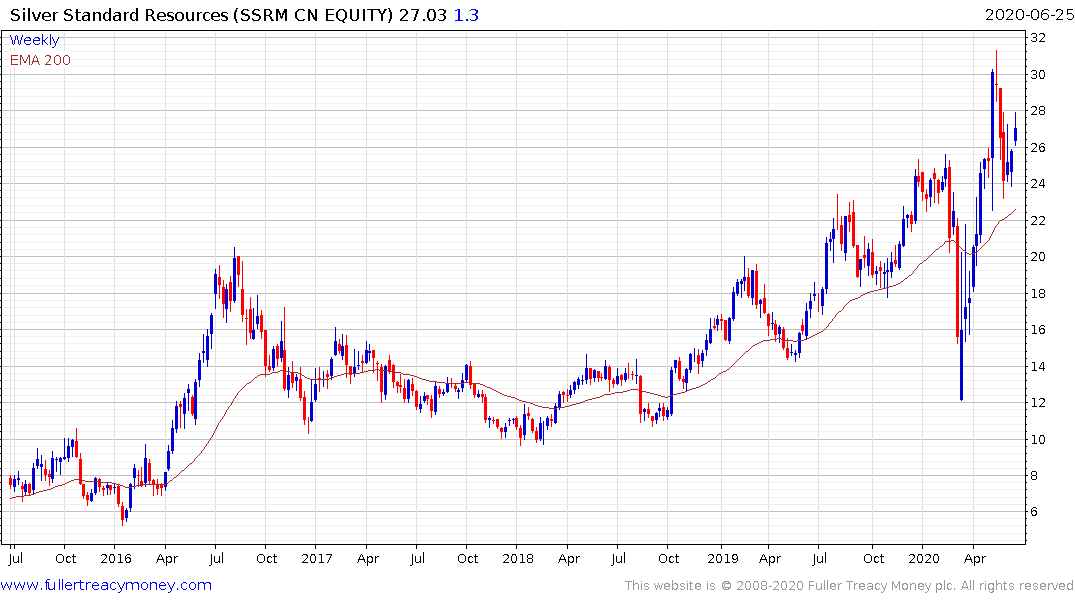 SSR Mining has now completed its base formation. 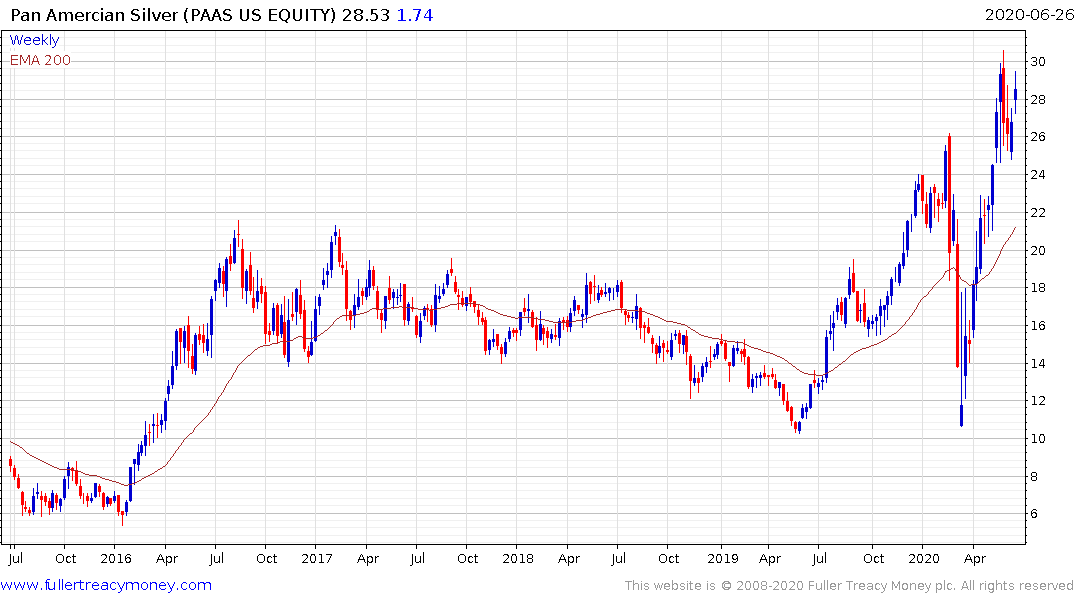 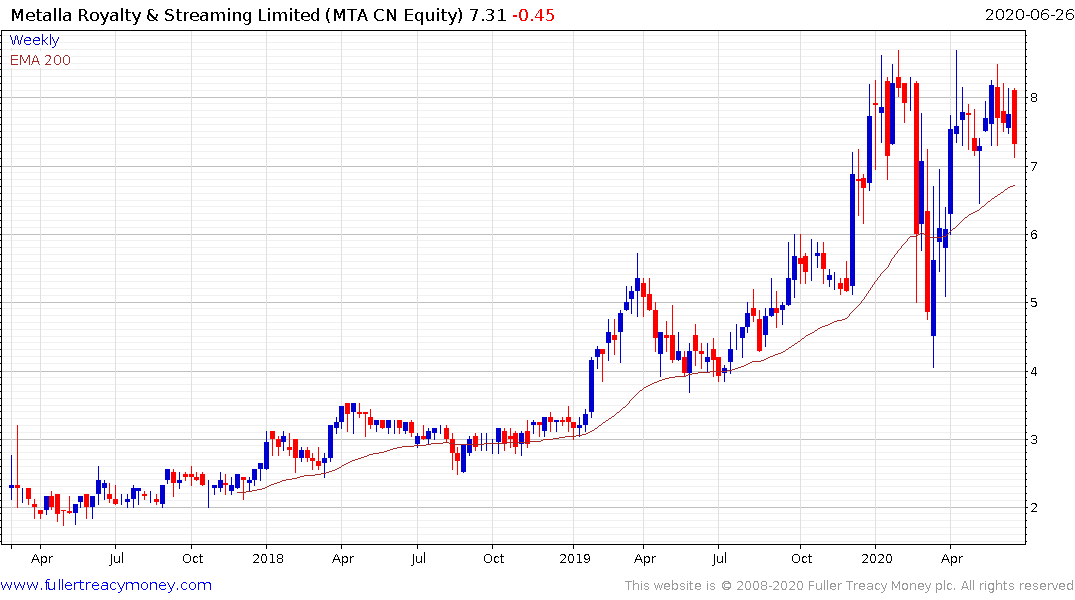 Metalla Royalty eventually aims to concentrate on gold production but most of its positions are now in silver production. The company is currently issuing additional shares in conjunction with Coeur Mining. It is trading in the region of the trend mean at present. 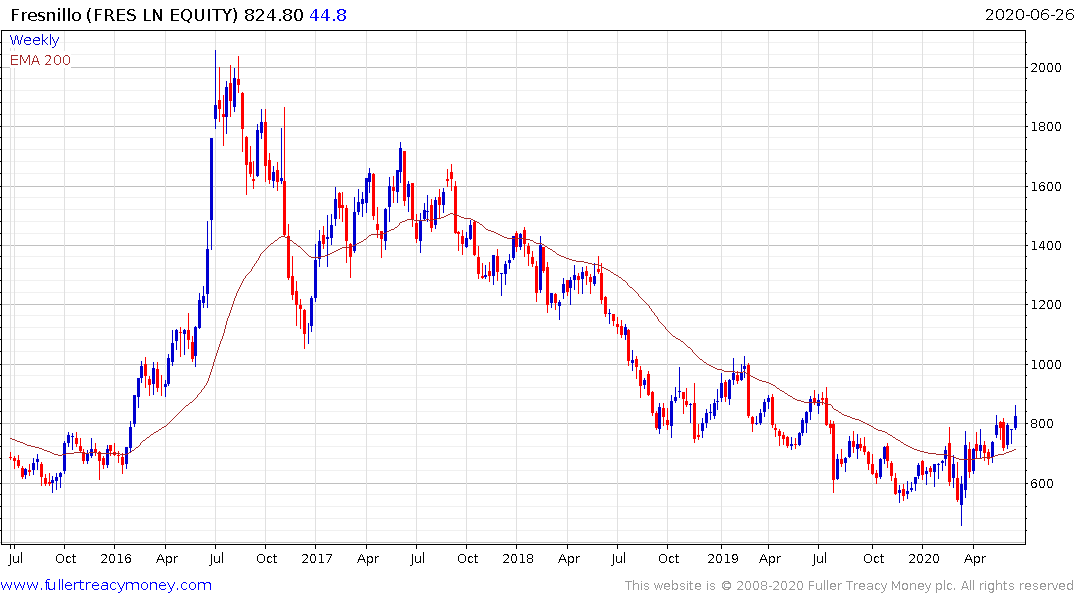 Fresnillo has rallied over the last month to break a three-year downtrend.