Morgan Stanley (equal-weight, PT 2,270p) says 4Q results should trigger “a negative response,” as both earnings and cash flow were lower than consensus expectations and gearing increased on a quarterly basis

Analysts Martijn Rats and Sasikanth Chilukuru say that while integrated gas was largely hit by lower trading profits, margins within chemicals appear to have been hit more than expected by the weaker macro

RBC (sector perform, PT 2,600p) says the decision to reduce the quarterly run rate for its buyback to $1b from $2.75b into 2020 was largely factored into the stock’s recent performance and the new rate “looks well covered,”

Given gearing is 29%, analyst Biraj Borkhataria says that “Shell is right to be more cautious”

Royal Dutch Shell took a big bet on natural gas and has succeeded in getting the product to market from its massive Australian offshore facility. The challenge is there is no intense competition in the LNG market as major producers vie for market share. Meanwhile Shell is also looking at lower oil prices and increasingly aggressive emissions regulations all over the world. 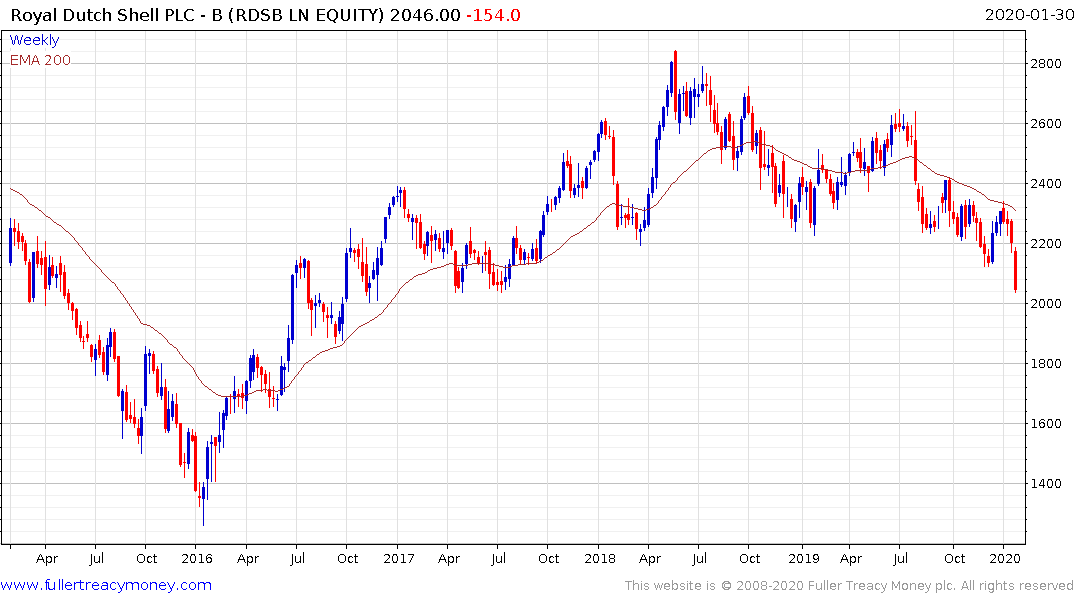 The price broke lower today as it continues to extend the medium-term downtrend. While short-term oversold, a sustained move above the trend mean will be required to question medium-term supply dominance. 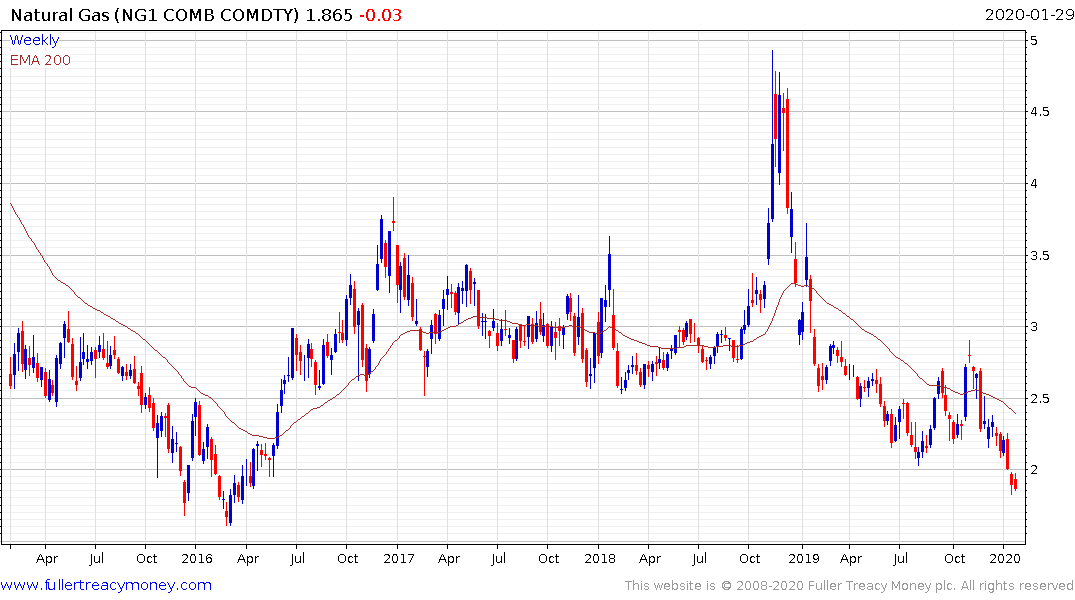 Major natural gas companies require not only demand for the commodity to grow through improving standards of living, particularly in Asia, but also whole new markets to evolve to rebalance the market. Right now, the best bet for that is hydrogen which at least burns emission free. The promise of the commodity as a fuel source is it will be competitive with batteries on price and will take less time to refuel. That’s not a commercial reality today but it is potentially easier to iterate on fuel cells than to improve the efficiency of batteries. 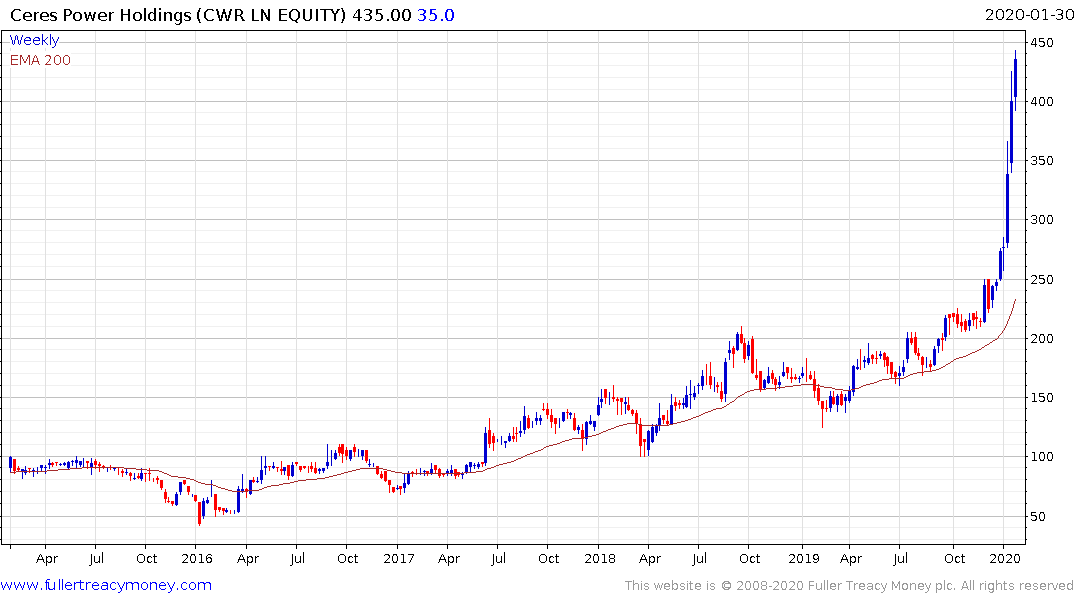 The continued relative strength in portions of the renewables sector, despite weakness in oil and gas is particularly noteworthy. The break in the commonality suggests a change in the relationship between supply and demand in the energy sector which is worth monitoring.