RBA Sees Unemployment at 4.75% Next Year Amid Virus Concerns
Comment of the Day

RBA Sees Unemployment at 4.75% Next Year Amid Virus Concerns by Eoin Treacy

The RBA reiterated Governor Philip Lowe’s comments Wednesday that the current balance in the economy favored a policy pause, but this could change in the event of a weakening in the labor market and inflation moving away from target. It acknowledged that coronavirus is “a significant near-term risk” to the outlook for China and Australia’s other key trading partners.

Australia’s linkages to China are broad and deep: it’s the biggest buyer of Australian iron ore and Chinese tourists and students lead those sectors, taking more than one-third of exports from Down Under.

The RBA is basing its expectations of a quick rebound from the virus on the SARS epidemic of 2003. But it is clear that this will require rapid containment of the outbreak.

Continued stimulus and a reluctance to raise interest rates not least in response to the impact of the wildfires and the need to rebuild are likely to ensure abundant liquidity for the Australian economy outside of the threat from the coronavirus and China. 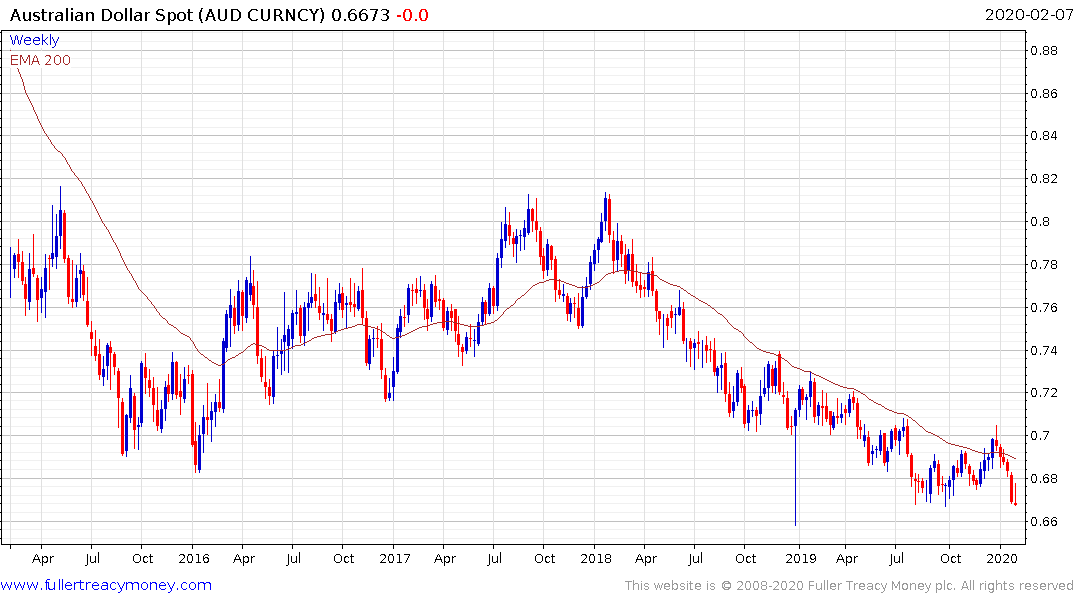 The Australian Dollar closed at a new low this week and will need to sustain the move below 67 cents if the downward bias is to be given the benefit of the doubt. With the potential for a peak in the infection rate, there is scope for some strength in the coming week. 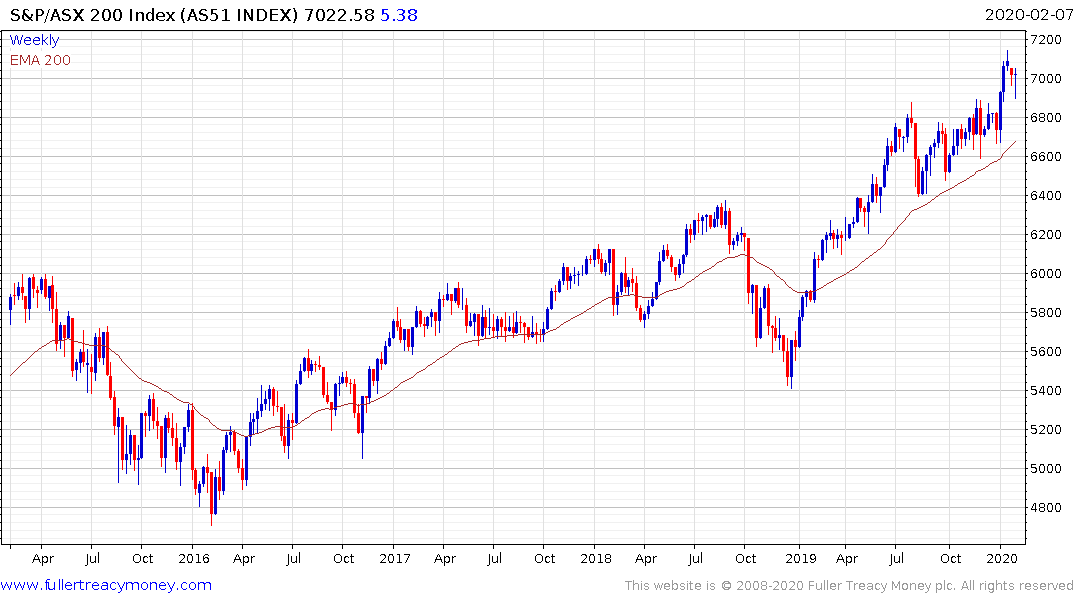 The S&P/ASX200 continues to hold the breakout to new all-time highs and a sustained move below the trend mean would be required to question medium-term scope for continued upside.