RBA Cuts Rates to 0.5% as China Slowdown Continues
Comment of the Day

In this case, though, Australia’s central bank isn’t going to have to face the downturn alone, with fiscal support in prospect.

“The Australian government has also indicated that it will assist areas of the economy most affected by the coronavirus,” Lowe said. Before the RBA meeting, Prime Minister Scott Morrison said the Treasury is working closely together with the other agencies “to address the boost that we believe will be necessary.”

Morrison urged major banks to pass on any RBA cut. The four top lenders have all since confirmed that mortgage rates will be reduced by the full amount.

The RBA now has only one 25 basis-point cut left in the locker before it reaches its effective lower bound of 0.25%. Lowe will find himself dragged toward quantitative easing, should the economy need further monetary stimulus.

The Australian Dollar has bounced over the last few days to partially unwind its oversold condition relative to the trend mean. The big question is whether the RBA will continue to hold the zero bound for interest rates and if it does that greatly increases scope for quantitative easing. 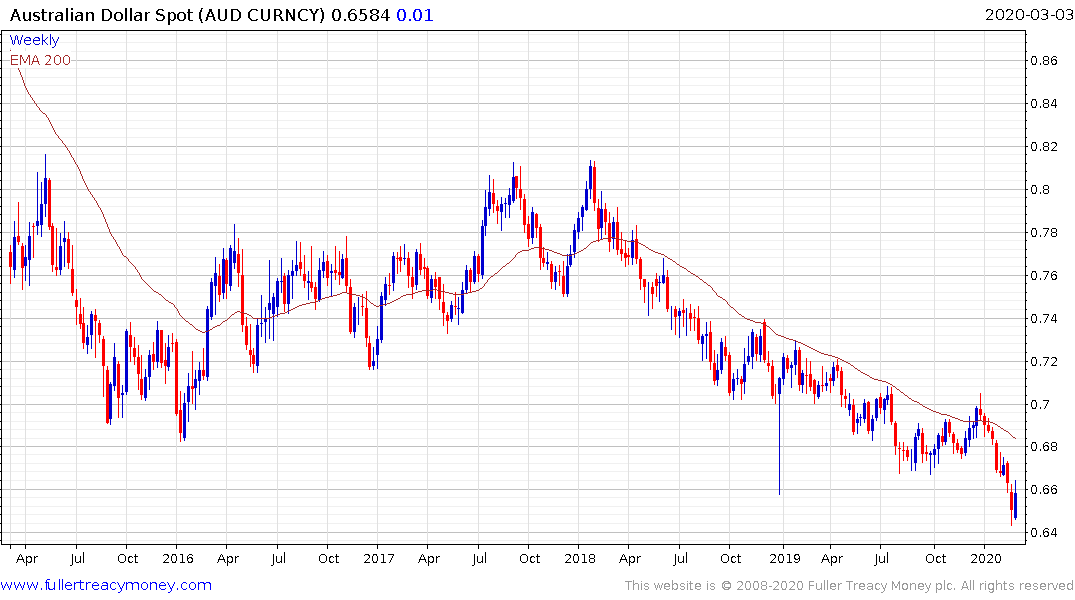 Australia’s dependence on the health of China’s economy can’t be understated and how efficiently China gets back to work and whether it can keep the virus at bay while doing so will be significant determinants for regional economic growth. 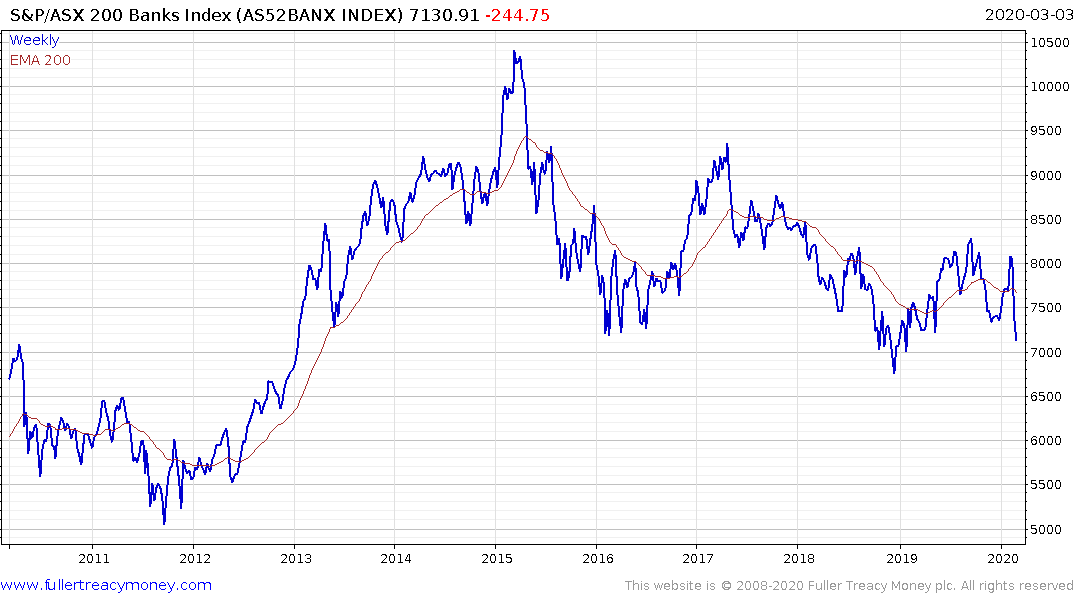 The banking sector is down to about 20% of the S&P/ASX 200’s market cap but the broader financials still represents 29.5%. The S&P/ASX 300 Banks Index has been trending lower for nearly four years and is back testing its lows. 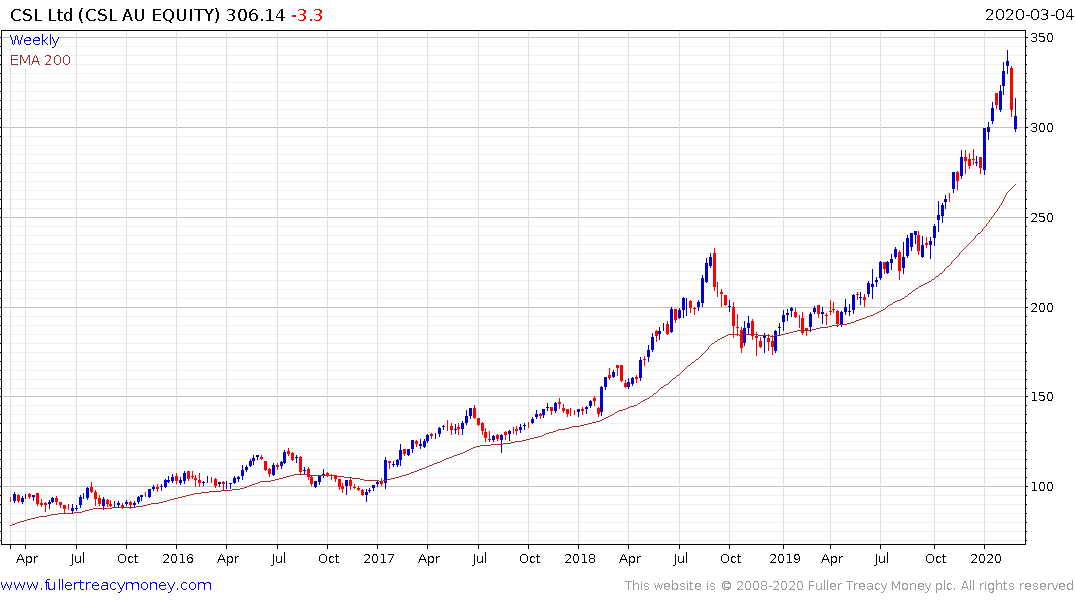 CSL, is now Australia’s largest company and is driving the outperformance of the healthcare/biotech sector. 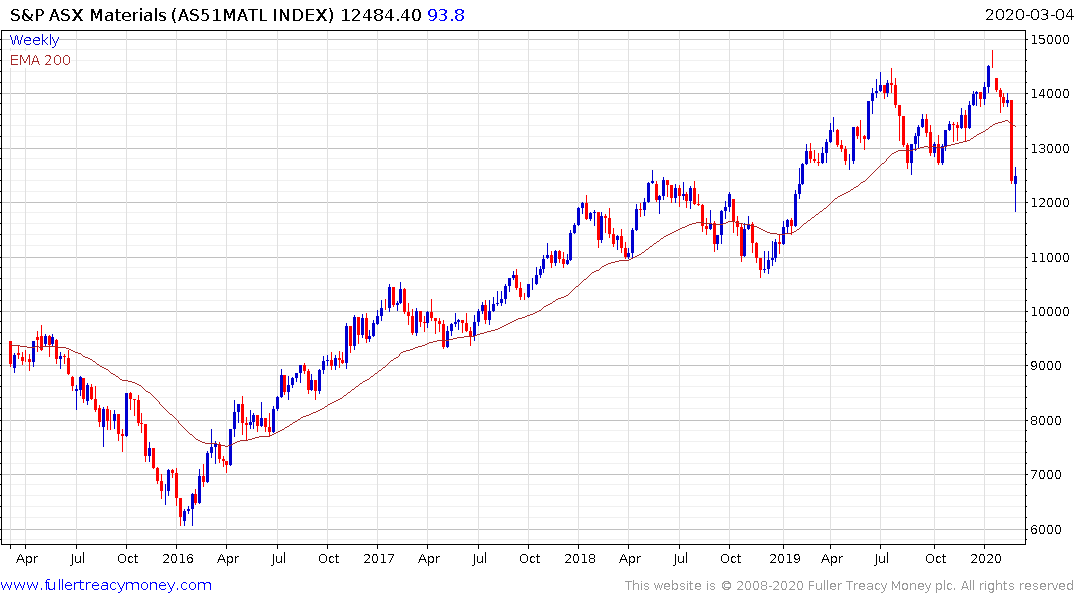 The Materials Index is quite oversold and currently firming from the region of the 2018 peak. It will need to hold the 12,000 level if support building is to be given the benefit of the doubt. 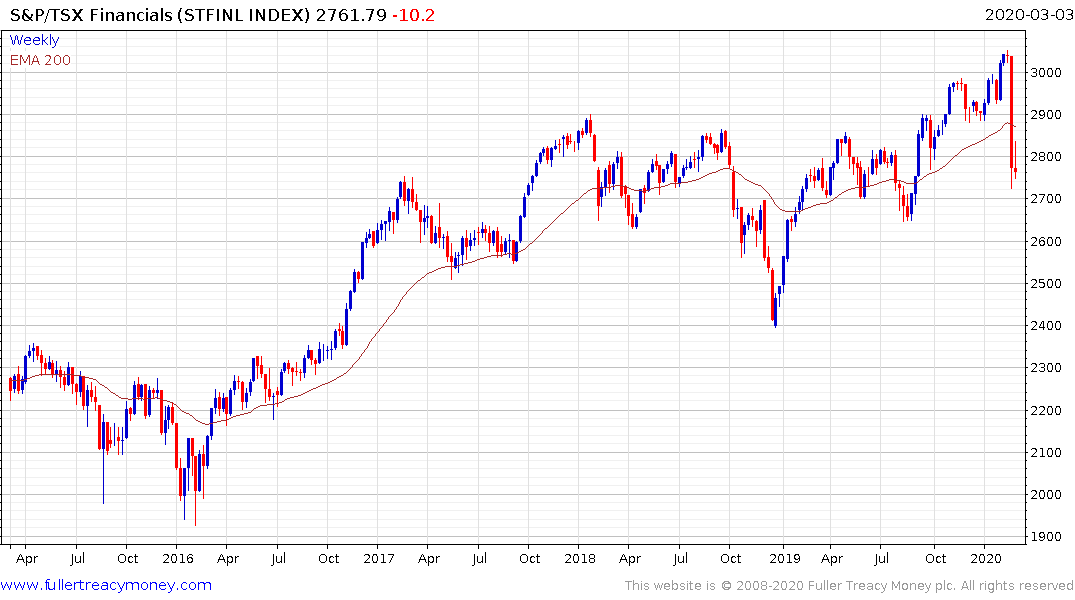