Violence erupted in dozens of cities following the death of George Floyd, a black Minneapolis man who died after a white police officer pressed a knee into his neck for more than eight minutes. Some demonstrators broke off to rampage through shopping districts, including Rodeo Drive in Beverly Hills and Michigan Avenue in Chicago, and set fire to police cars and municipal buildings.

The chaos, amid otherwise peaceful protests, struck as the economy struggles to emerge from its coronavirus-enforced hibernation. After the Covid-19 deaths of more than 104,000 Americans, unprecedented government intervention and massive disruptions to business and everyday life, the scenes of unrest were a bleak contrast to the recent optimism of the markets. A 36% rally in the S&P 500 since March has pushed valuations to the highest in 20 years.

“I think people are coming to the realization that their jobs may not be coming back or coming back quickly. This is all conflating with the racial tensions and completely boiling over,” said Mark Zandi, chief economist at Moody’s Analytics. “This highlights the depth of despair in America,” he added, citing 20% unemployment and 50 million workers who’ve lost their jobs or had pay cuts.

"Ranges are explosions waiting to happen" has been an adage at The Chart Seminar for decades. It is equally true of periods of political and social calm where an undercurrent of tension is already palpable. The divergence between the haves and the have nots has seldom been so wide.

For highly educated well-positioned people, working from home is an option and they have even seen savings rise. For the unemployable, illegal immigrants and nearly 40 million new unemployed conditions are dire and anger at the lack of progress is clearly evident.

For example, all of the public parks parking lots in Los Angeles have been turned into glorified refugee camps; where the city has placed trailers to act as temporary housing. Yet the number of tents and homeless encampments has exploded over the last couple of months. Into that mix, police brutality has been the catalyst for civil disobedience on an epic scale.

This article from Reuters focusing on the “qualified immunity” afforded the police highlights one of the primary sources of anger among a large swathe of the US population. There is no one who thinks policing is an easy job, particularly when encountering an often-armed populace, people with mental health issues or on drugs. However, the impunity with which police forces can act is something that is in drastic need of reform. That is the clearest rationale for the protest movement. 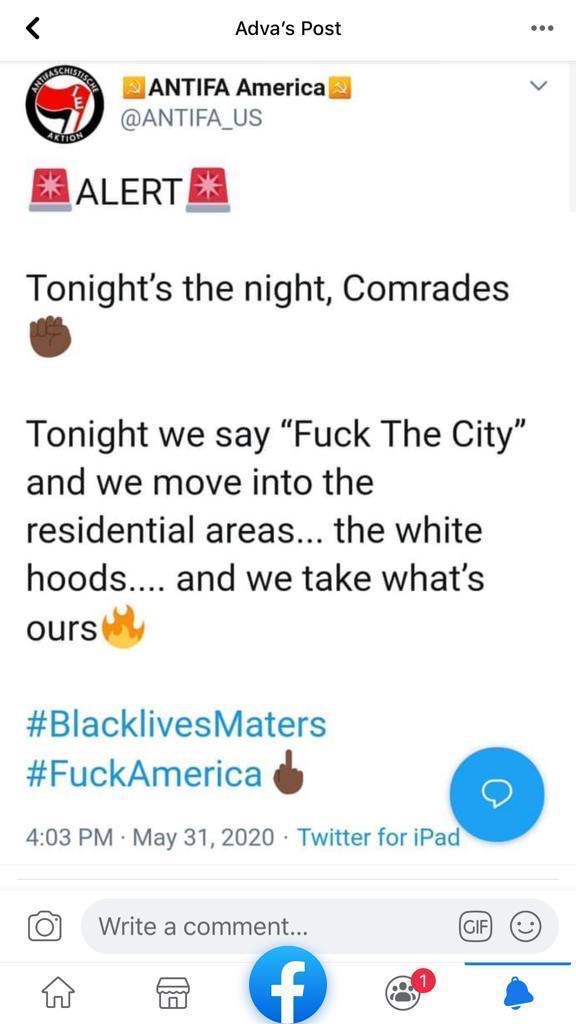 Unfortunately, the protests have been hijacked by political extremists and criminals. This Twitter post was widely circulated among my circle of friends yesterday. It was the cause of a number of conversations with children to convince them they are safe in their beds. The local news was filled with images of looting everywhere we habitually go shopping; on the rare occasions we still go to physical stores.

This image of one enterprising looter highlights how little the criminal aspect really cares about the protest movement. There were even attempts by some of the protestors in Santa Monica yesterday to try and stop looters from invading stores. Meanwhile, pallets of bricks have been popping up in a number of cities which is a clear sign of the intention to manipulate the protest movement for political ends. This is affording habitual criminals the opportunity of a life time.

Car wheel theft has been a significant issue on my street over the last year. About 15% of the residents on my block have woken up in the morning to find their car on blocks over the last 12 months. Those criminals have changed tack and are now engaged in looting on a citywide scale.

The trend of police impunity is one source of the protest movement, but we have to also bear in mind that the root cause of inequality is the monetary policy deployed by the Federal Reserve in the aftermath of the financial crisis. They had, and still pursue, the clear intention to inflate asset prices. That clearly favours the holders of assets over the interest of savers and those with few financial resources.

Jay Powell’s contention on Friday that the Fed policies “absolutely don’t add to inequality” is risible. The reality of massive monetary stimulus has certainly contributed to inequality by widening the gap between the haves and the have nots. Fiscal stimulus is therefore likely to be a much bigger portion of the market for the foreseeable future. That is as true of the USA as it is of just about everywhere else.

The chasm between Main Street and Wall Street has been widely reported on and the stock market was in positive territory again today.

A significant RSI divergence is emerging on the Nasdaq-100 where the test of the nominal peak is not being confirmed by the indicator. The 10,000 level represents a significant area of potential resistance and at least some consolidation in that area is highly likely.