Total pay in the U.K. including bonuses rose an annual 2.9 percent in the three months to July, up from a revised 2.6 percent in the previous month, the Office for National Statistics said Wednesday. The median prediction of economists in a Bloomberg survey was for a 2.5 percent increase. The jobless rate fell to 5.5 percent, matching the lowest since 2008, from 5.6 percent in the second quarter, the ONS said.

Before the Fed’s decision on Thursday, investors will also get to scrutinize U.K. retail-sales data to gauge whether, like their counterparts in the U.S., British consumers looked beyond the turbulence in global markets and boosted spending.

Sterling stayed stronger as BOE Governor Mark Carney said there’s a chance that interest rates may need to increase from a record low in early in 2016 if the economy continues to grow and inflation pressures pick up. The Monetary Policy Committee will have “feel its way as it goes” when facing a decision on tightening monetary policy within the next few months.

“The prospect of sustained momentum in the U.K. economy and the gradual firming of underlying inflationary pressure will likely put the decision as to when to start the process of gradual monetary policy normalization into sharper relief around the turn of this year,” he said in testimony to lawmakers in London.

The UK benefitted enormously during the credit crisis by being the first to devalue its currency. This put the economy in a sound competitive position as the crisis and eventual recovery took hold. By tolerating higher than trend inflation from 2010 the Bank of England was able to chip away at the quantity of debt outstanding and continued monetary accommodation has been a benefit for companies of all sizes.

The relative strength of the Pound is now a headwind to the BoE raising rates and it would need to see clear risks of overheating to be the first central bank to move. However when the Fed eventually decides to raise its short-term rate, the Bank of England will probably follow suit shortly after. 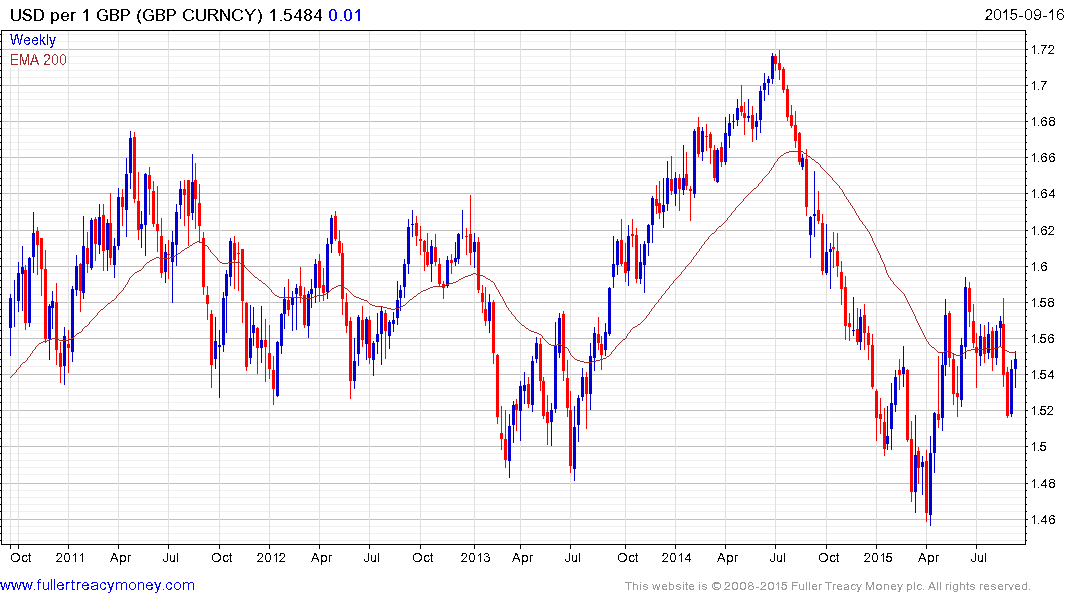 The Pound has been ranging mostly between $1.45 and $1.70 since 2009 and is currently close to the middle of that congestion area. It rallied back to test the $1.55 level today and a sustained move below yesterday’s low near $1.53 would be required to question current scope for continued higher to lateral ranging. 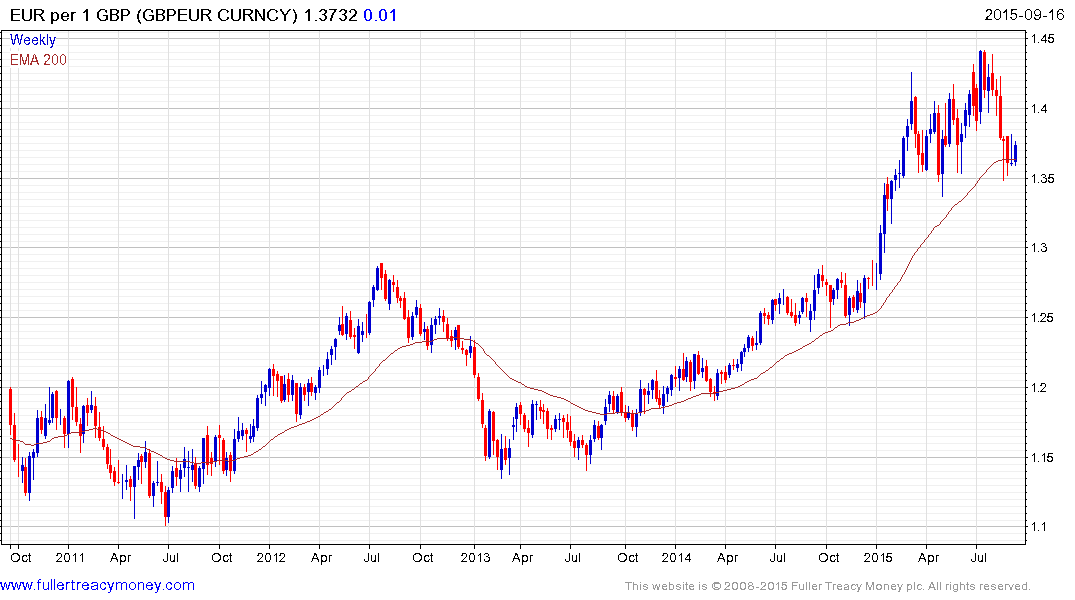 Against the Euro, the Pound found support today in the region of the 200-day MA and a sustained move below it would be required to question current scope for some additional upside. 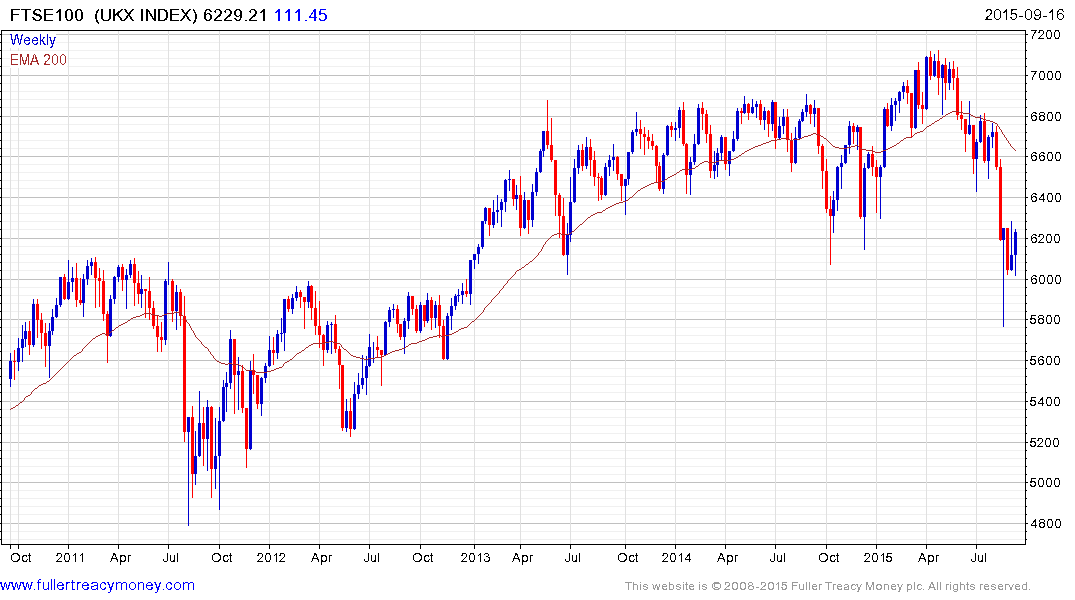 The FTSE-100 failed to sustain the breakout to new all-time highs in April and has held a progression of lower rally highs since. A reversionary rally is now underway but a sustained move back above the 200-day MA will be required to signal a return to medium-term demand dominance