Nobody Knows II by Eoin Treacy

There’s no doubt about the fact that the coronavirus represents a major problem, or that the reaction so far has been severe. What really matters is whether the price change is proportional to the worsening of the fundamentals.

For most people, the easy thig is to say that (a) the disease is dangerous, (b) it will have a negative impact on business, (c) it has kicked off a major reaction to date, and (d) we have no way of knowing how far the decline will go, so (e) we should sell to avoid further carnage. But none of the above means selling is necessarily the right thing to do.

All these statements reflect a measure of pessimism. However, there’s no way to tell whether that pessimism is appropriate, inadequate or excessive. I wrote in “On the Couch”, (January 2016) the “in the real world, things generally fluctuate between “pretty good” and “not so hot”. But in the world of investing, perception often swings from ‘flawless’ to ‘hopeless’” What I can say is that a month ago, most people thought the macro outlook was uniformly favorable, and they had trouble thinking of a possible negative catalyst with a serious likelihood of materializing. And now the unimaginable catalyst is here and terrifying.

(There are a few important lessons here. First, the catalyst for a recession or correction isn’t always foreseeable. Second, it can seemingly appear out of thin air, as this virus seems to have done. And third, the negative effect of an unforeseeable catalyst is likely greater when it collides with a market that reflects so much optimism that it is “priced for perfection”)

There is no doubting we saw evidence of contagion selling last week with everything selling off as quantitative strategies headed for the exits en masse and ditched ETF positions in the process. The growth of passive investing and the ease with which positions can be exited is contributing factor in the speed with which declines take place in today’s market.

There is no rational reason for why gold would sell off when deflation fears spike or why internet only businesses would fall with the wider market. However, these phenomena are to be expected during contagion selling. We can expect some differentiation to be priced into markets now that the panic has subsided. That will likely result in some clear winners and losers. 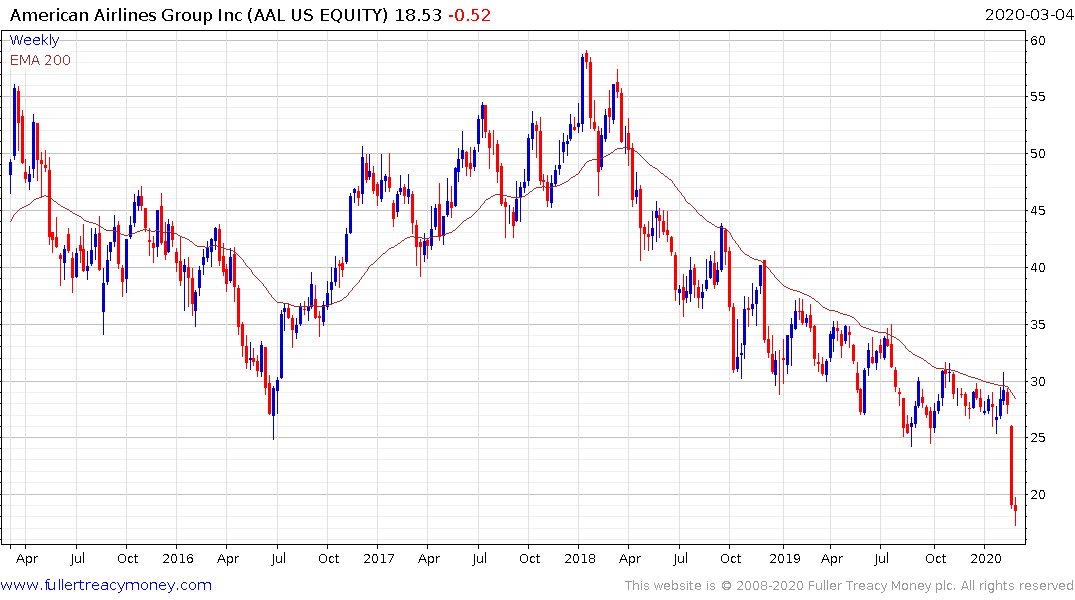 American Airlines is one of the most heavily indebted carriers and is also suffering from declining traffic numbers. The share is deeply oversold but has been trending lower for a reason. 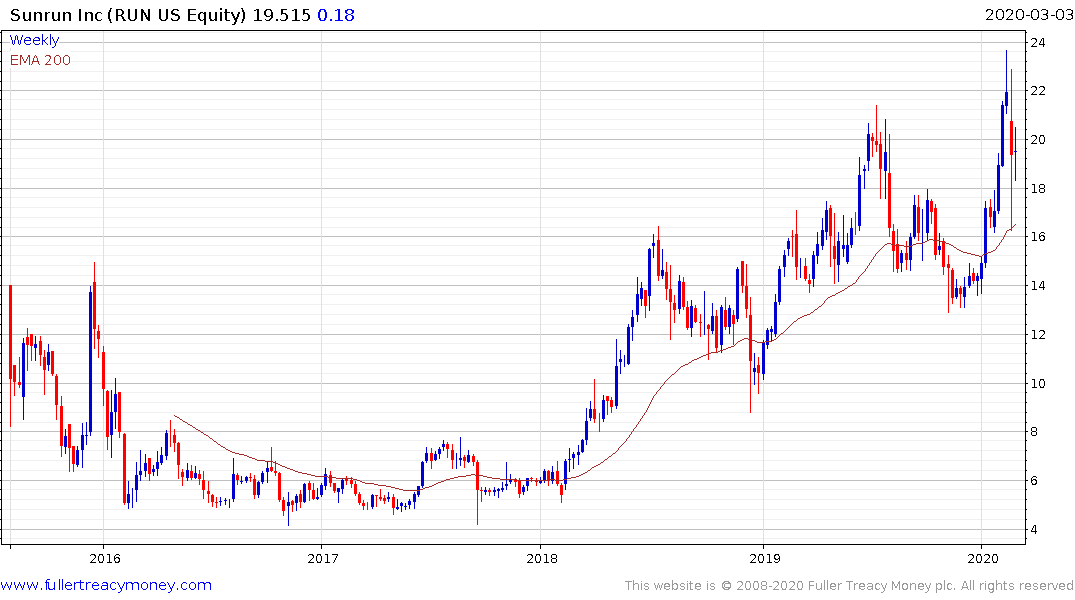 At the other end of the scale interest rate sensitive plays like Sunrun are rebounding impressively. 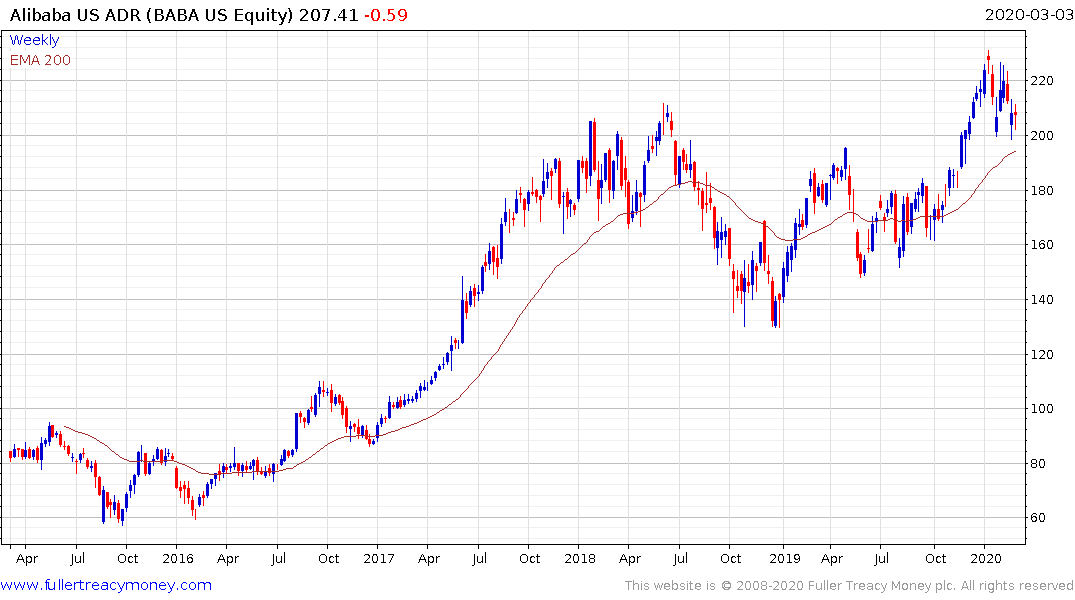 China’s internet companies are also outperforming. Alibaba for example continues to demonstrate support in the region of $200. 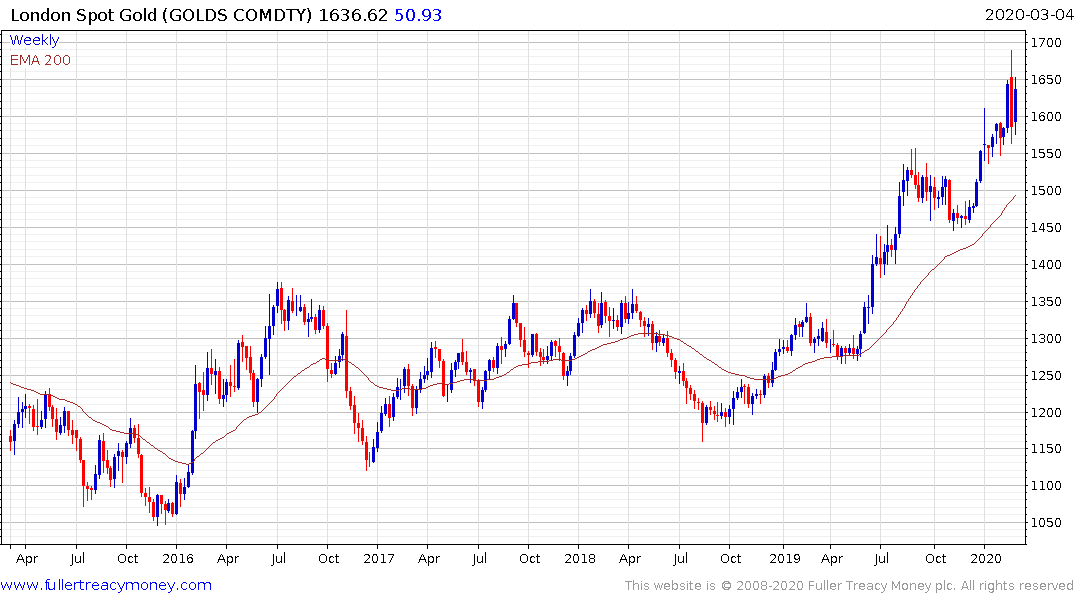 Gold is now trading back in the region of the level it posted ahead of the sell-off. 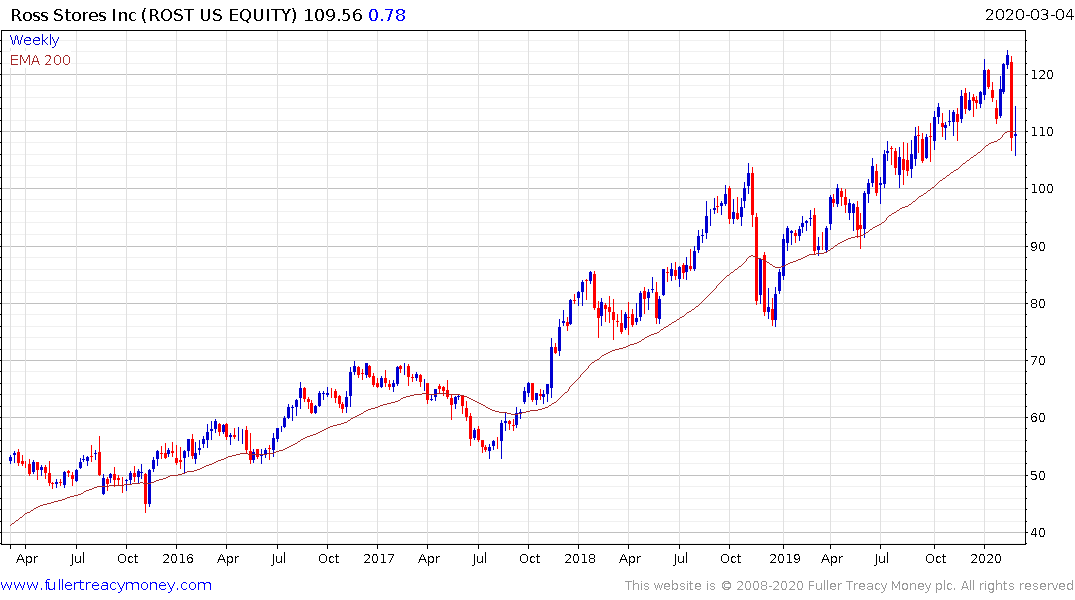 Meanwhile Ross Stores reported earnings today with negative guidance since it relies heavily on deep discounting and foot traffic. The share pulled back below the trend mean to question the uptrend. 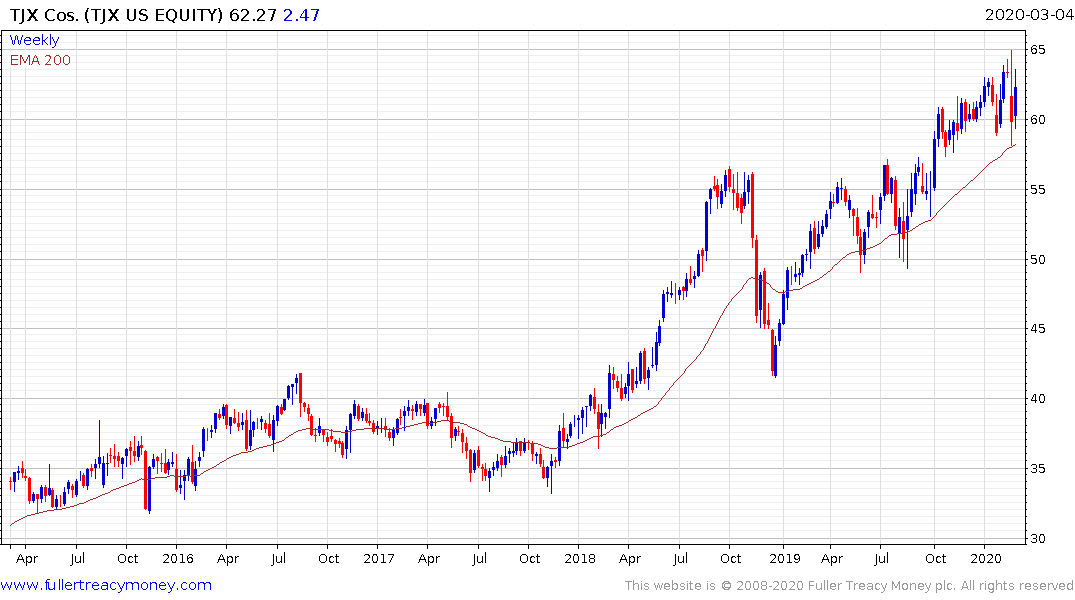 So far, TJX has held up but it is subject to the same pressures.