5. Electronic money (E-MONEY) and cryptocurrencies (C-MONEY) vs. central bank money (CB-MONEY): the death knell for paper money? Credit cards or electronic money in general are being used for an increasing number of ever smaller payments due to better, quicker, easier and more widespread infrastructure. The dissemination of electronic payments, and of cryptocurrencies to a lesser extent has reduced the use of notes and coins, i.e. central bank money. Central banks accompany this trend, by removing high-denomination notes from circulation and / or by taking steps to limit payments in cash. With new forms of E-MONEY and C-MONEY, it is evident that payments are currently seeing another period of rapid innovation and transformation. The use of e-payments is booming, while technology companies and financial institutions are investing heavily to be the payment providers of tomorrow. However, despite the continuing digitalisation of the financial system, cash in circulation is not dropping for most countries. The demand for cash still increase in several advanced economies since the Great Financial Crisis, driven by store-of-value motives. Negative rates represent another factor for accumulation of cash. The total elimination of paper money is nevertheless being seriously discussed, for at least two reasons: • The rapid expansion of e-payments, it would help fight the black market and organised crime, • It would free central banks from any constraints on how deeply they can cut interest.

The war on cash is a well understood theme. Governments have a clear incentive to ensure all transactions are recorded on a digital ledger so they can be taxed and the wealth of individuals monitored.

The motivation for that level of oversight is only exacerbated by the need to pay for all of the unfunded liabilities built up over decades of social democratic crowd-pleasing budgets. Meanwhile the ease of doing business online and the competitive advantage online retail has over physical stores.

The additional attractive quality of digital money is it goes even further in removing the limitations on credit creation and money supply. By taking control of more parts of the economy the governing body, whether the central banks individually or in conjunction with governments gain greater freedom in exerting their will over the population.

Hard money advocates will rebel against this trend which is why a core of investors favour gold as a hedge. Most people pay little attention to this trend in much the same way they are wiling to share personal information over social media for the dubious reward of indulging in vanity. 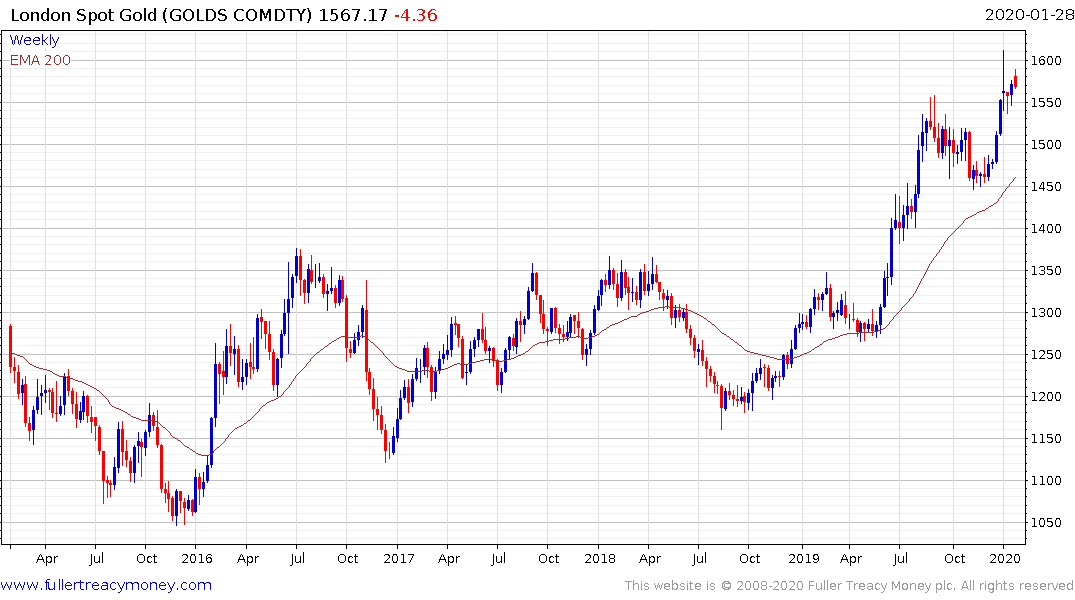 Gold has completed a lengthy base formation and nothing has happened to question the medium-term recovery. 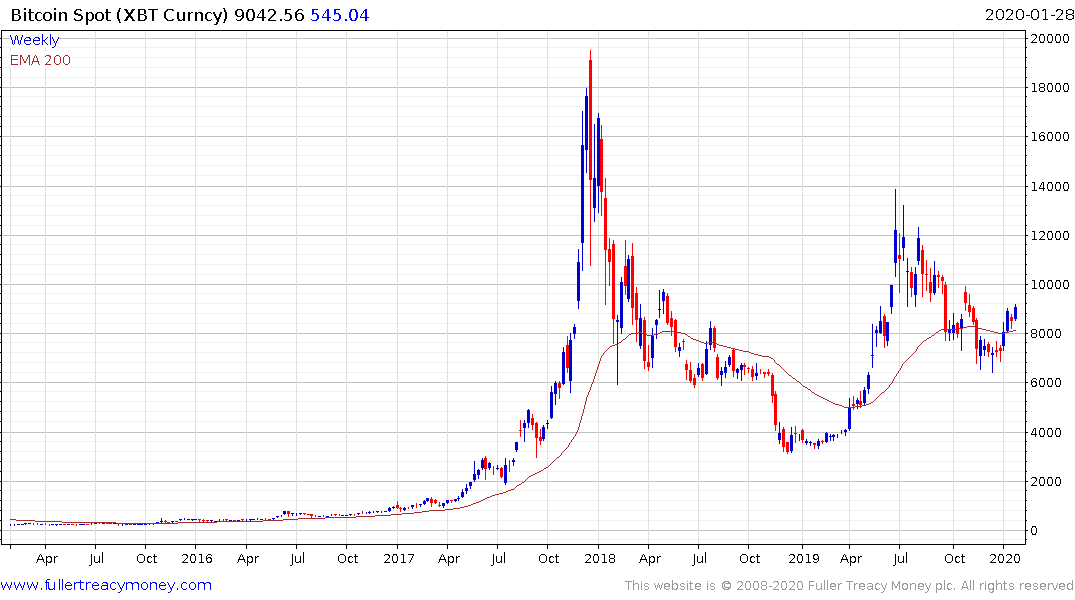 Bitcoin remains the benchmark for cryptocurrency trading. Setting aside for the moment that the limited supply argument which makes it attractive inhibits its ability to fulfil its potential as a transaction medium, the price has broken out and is now on a recovery trajectory.

The impending halvening of the reward for mining bitcoin, expected in July, will likely serve to further burnish the limited supply argument. Meanwhile all other alt-coins trade in a high beta manner to bitcoin.