The world’s biggest maker of jewelry added roughly a tenth to its market value on Monday after reassuring investors it would reach the upper end of its profit forecast for 2019.

Shares in Pandora A/S rose as much as 12%, as the Copenhagen-based company released some preliminary figures ahead of its Feb. 4 annual results. It now expects its profit margin for 2019 to be in the higher end of the previously guided range of 26-27%.

The update was “definitely good news,” said Per Fogh, an analyst at Sydbank. “Many people had expected Pandora to miss that guidance altogether, so a margin in the upper end of the range shows that Pandora has been able to get its costs under control under its turnaround plan.”

This video has been following me around the internet for much of the last month and its touching sentiment may have been enough to help boost sales in the critical fourth quarter for jewelry sales. 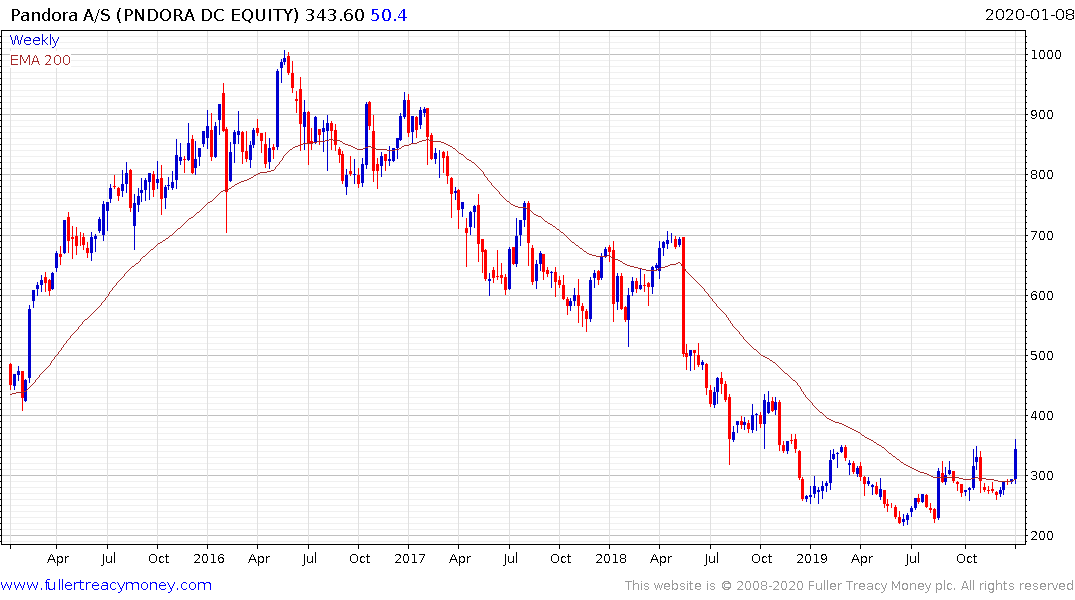 Pandora trended lower from its 2016 to a low near DKK200 in June. Since then it has held a progression of higher reaction lows and bounced this week from the region of the trend mean.