Netflix Tops $600 a Share, Said to Be in Talks to Enter China by Eoin Treacy

Entering China would let Netflix, the broadcaster of “House of Cards” and “Orange Is the New Black” take advantage of what’s forecast to be explosive growth in online TV in the nation of 1.4 billion people. The market is estimated to almost triple to 90 billion yuan by 2018, according to Shanghai-based Internet consultant IResearch.

A local partnership would be essential given the Chinese government’s strict controls over licensing for online content. Netflix wants a partner that has licenses for content on all devices -- including mobile phones, computers and set-top boxes, according to the people. China’s State Administration of Press, Publication, Radio, Film and Television has given Internet TV licenses to seven companies, including Wasu.

Gaining a foothold China would be a major prize for Netflix but it will have to tread carefully and approach the right partner if it is to succeed in this venture. Additionally there are a number of Chinese competitors it will need to face down regardless of which partner it chooses. 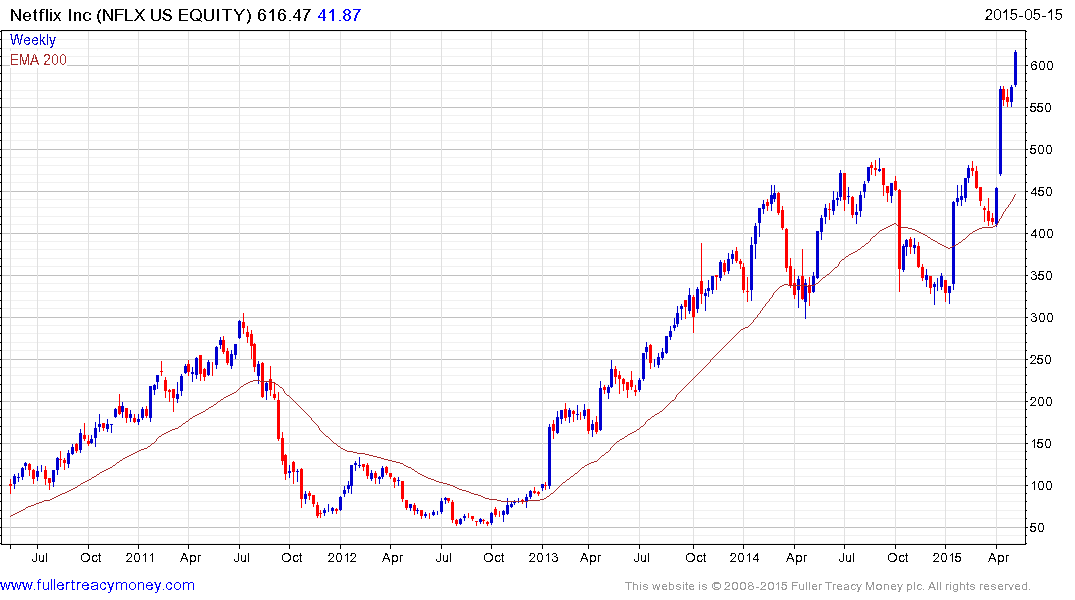 Netflix spent most of 2014 consolidating the impressive move posted in 2013 and broke to new highs in April. A clear downward dynamic would be required to check momentum beyond a brief pause. 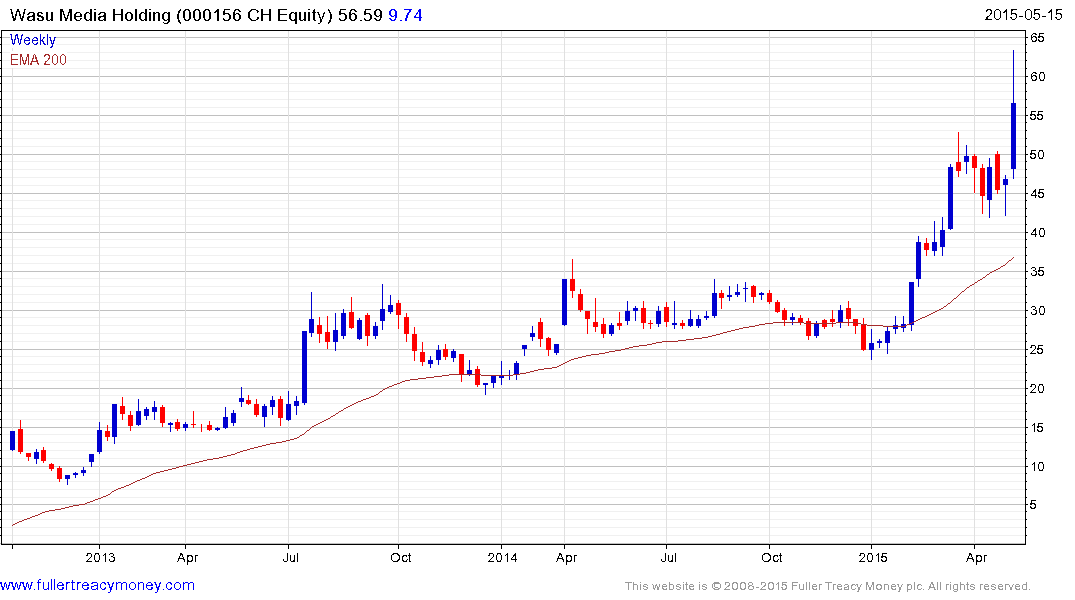 Wasu Media is sufficiently small that it may be amenable to overtures from Netflix. The share broke out of the most recent short-term range this week and a sustained move below the 200-day MA would be required to question medium-term scope for additional upside. 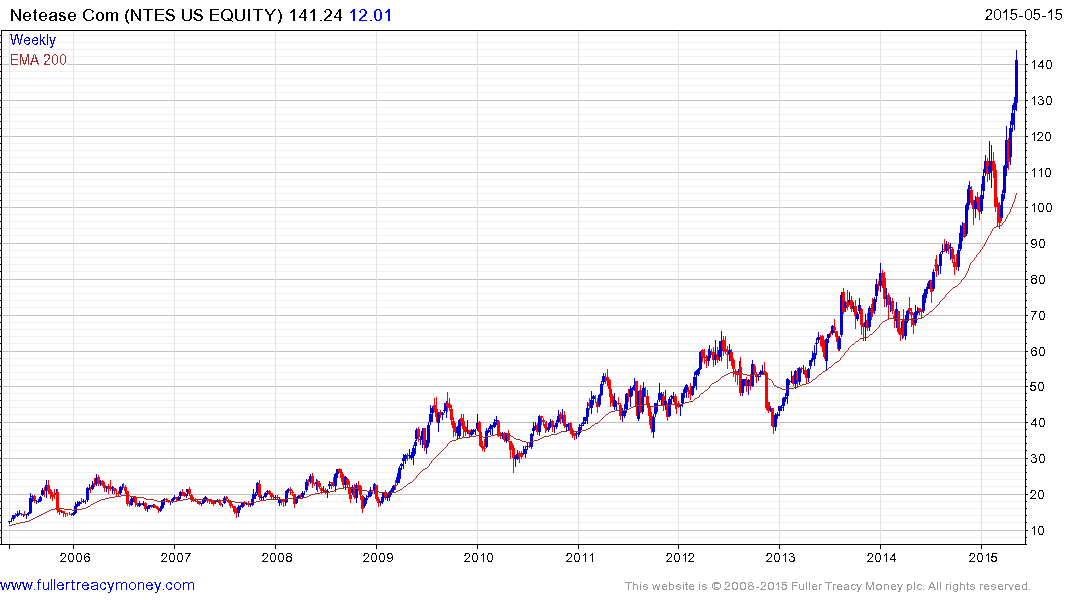 Netease through its 163.com platform already has a competing service to Netflix. The US listing has accelerated higher since finding support in the region of the 200-day MA in March. The first clear downward dynamic is likely to signal at least a near-term peak. 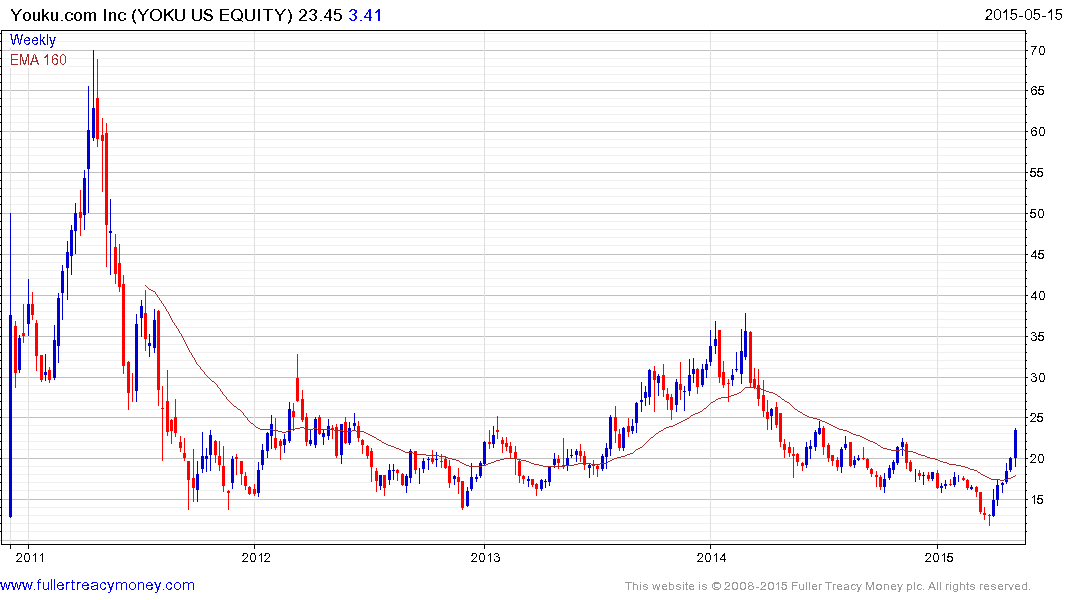 Yokou failed to sustain the move above $35 in 2014 and returned to test the lower side of its nearly four-year base by March. It has since rebounded impressively and a sustained move below the 200-day MA, currently near $18, would be required to question medium-term scope for additional higher to lateral ranging.