Liquidity is vanishing for U.S. equity futures. Traders of S&P 500 e-minis are now only offering to buy or sell a few contracts at a time -- often numbering in the single digits -- compared with an average of more than 1,000 just a month ago, data from Deutsche Bank Asset Allocation show.

Drastically thin markets are alarming because they can fuel outsize price swings. With futures markets being halted almost every day in the wake of wild swings, the lack of liquidity is so severe now that it’s fueling concern even among the pros who’ve lived through the worst market crashes in history.

“There’s no liquidity in any market,” said Rick Bensignor, the founder of Bensignor Group and a former strategist for Morgan Stanley, who has traded the futures market for 40 years. “When you’re talking about restructuring a portfolio too, you have to think about the potential slippage that’s involved to get anything done.”

Of course it’s no surprise that markets would thin out when investors, strategists, and economists alike are unsure of the ultimate impact of the coronavirus pandemic. And it’s not clear if the low liquidity may be feeding upon itself -- i.e., are traders staying away because liquidity is so horrible, or is it just a natural side effect caused by all the uncertainty?

Strategists at JPMorgan Chase & Co. have estimated liquidity in U.S. futures markets is seven times worse than the poorest levels during the financial crisis. According to Bensignor, typically when it comes to size, anywhere from 200 to 500 blocks trade on both the bid and offer side of a wager at every tick. Watching his screen Monday morning, there were fewer than 10.

“You are going to have to deal as you restructure portfolios,” he said in an interview on Bloomberg Television. “You’re also going to have to realize that doing so is going to cost a lot of money compared to what you had to do in the past, where you could basically just do it for no cost because of the liquidity.”

One of the reasons stock markets have sold off so aggressively is because the spike in volatility initiated an epic deleveraging in the macro hedge fund sector. The knock-on effect of that deleveraging was to inhibit the ability of high frequency traders to make markets. That exposed, again, the limitations of the Volcker Rule.

One of the most important lessons regulators need to grasp is scalpers cannot be relied on to make markets during times of market stress. They have not demonstrated an ability to deploy their balance sheets to provide liquidity during any of the flash crashes which have occurred since the original example in 2010.

Banks are inhibited from lending at present because corporates have drawn down revolver loans en masse. That has created unanticipated balance sheet strain so they have no capital to loan out regardless of what is being supplied by central banks. They are also under pressure because they have no idea how many of the companies that have just drawn down funds are going to default.

If the Volcker Rule is repealed it would allow banks to sell their Treasuries, probably to the Fed, and to back stop the stock market and corporate bond markets. Instead, the Fed is now buying corporate bonds as its balance sheet surged to a new high

Meanwhile some of the world’s largest hedge funds have experienced significant drawdowns over the last month and with less money under management and still high volatility as less disposed to buy with leverage. 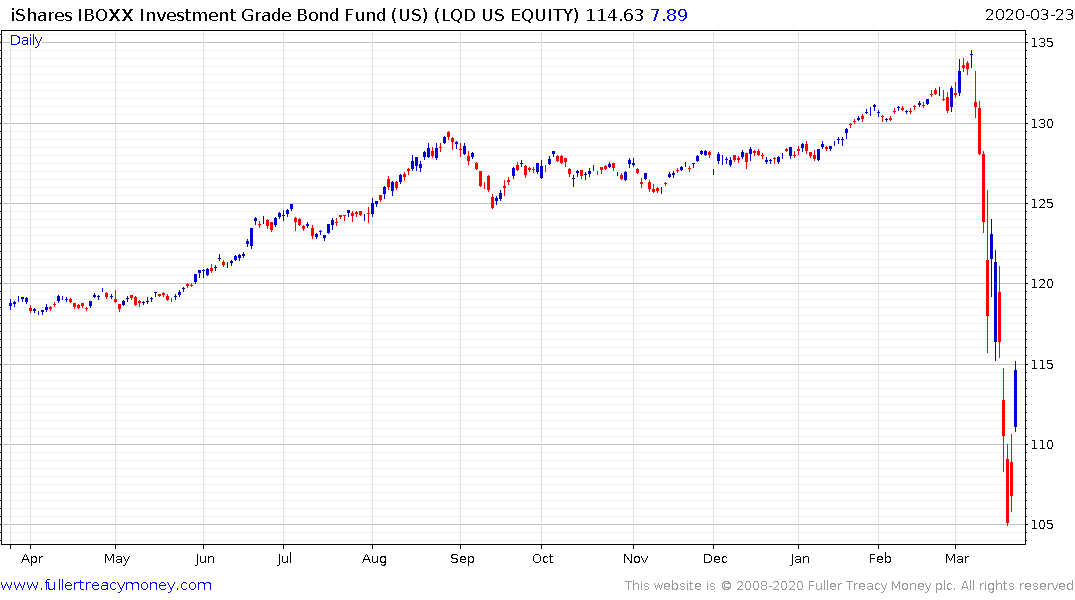 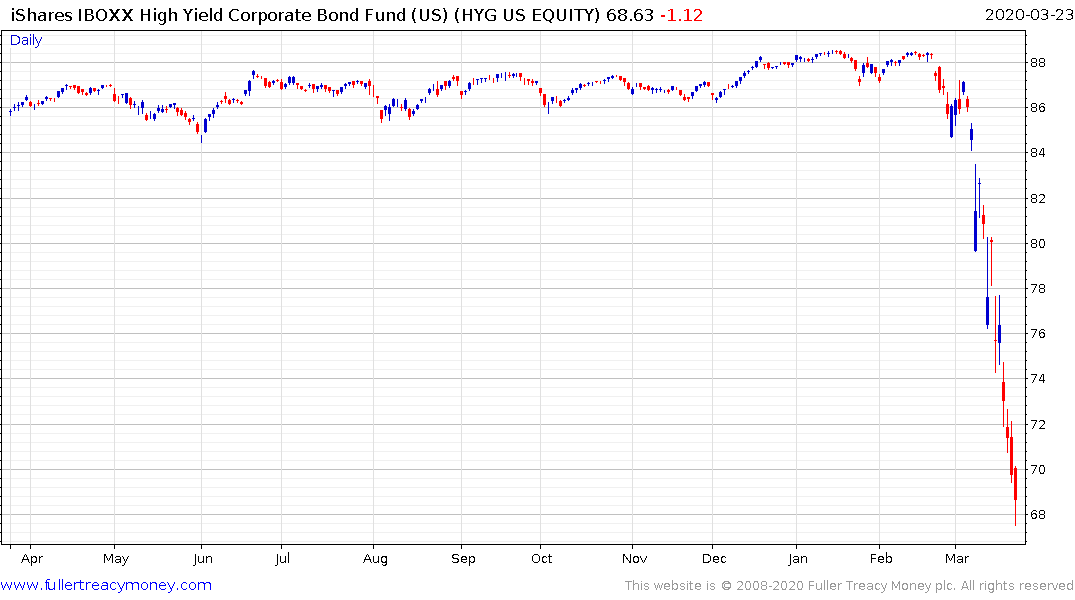 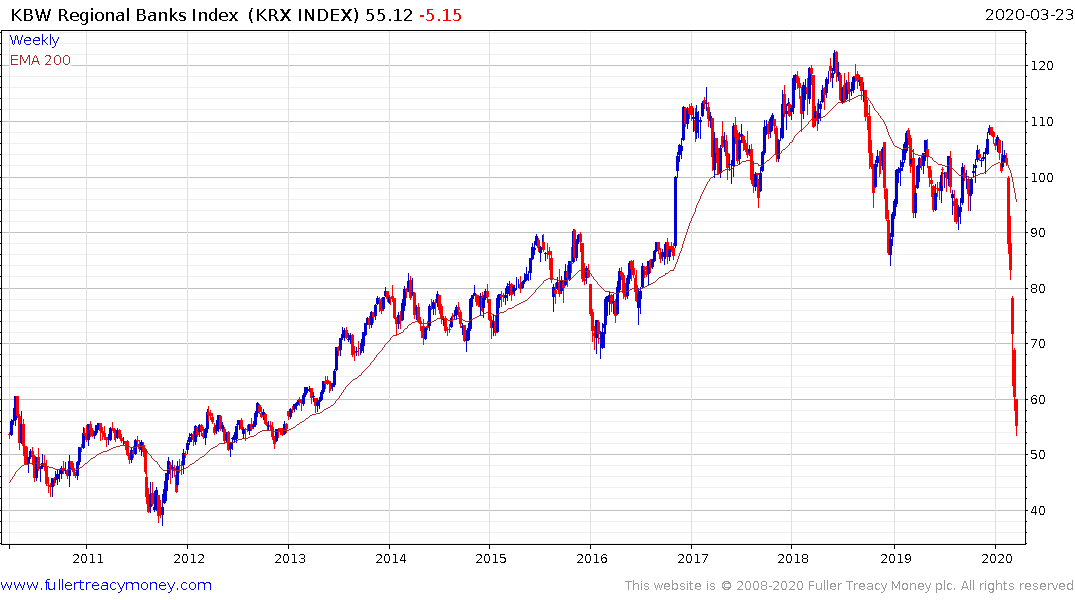 The KBW Regional Banks Index continues to extend its downtrend.