Musings From The Oil Patch July 30th 2019 by Eoin Treacy

We presented the three charts (Exhibit 15) showing the uptake of autonomous vehicles, but without the accompanying detailed commentary on consumer acceptance, the regulatory environment and the technology development.  In summary, the Aggressive and Baseline scenarios assume consumers embrace the perceived benefits and the regulatory environment is positive, including a mandate for Vehicle-to-Vehicle (V2V) technology to be included in all cars.  The Conservative scenario finds consumers less enthusiastic about the benefits of self-driving vehicles and the regulatory support is disappointing.  Has this become the reality?

The report’s authors suggested the government would aggressively work to develop a framework that would allow self-driving vehicles nationally and without burdensome rules.  Their optimism came from the fact that the U.S. Department of Transportation (USDOT) was launching a Connected Vehicle Safety Pilot Program, which would use the data collected as input for determining a Notice of Regulatory Intent (NRI) regarding V2V safety.  A timetable assuming a positive NRI in 2013 would lead to the release of specifications in 2014 and 2015.  With a typical four-year vehicle development cycle, the first vehicles with V2V technology would appear on the roads in 2019, or perhaps sooner if automobile manufacturers opted to move forward without a mandate from the government.

In October 2018, the USDOT released version 3.0 of proposed rules for autonomous vehicles.  This was five years behind the scenario presented in the KPMG/CAR report.  Earlier in 2018, automobile manufacturers and Silicon Valley technology companies announced plans to put thousands of self-driving taxis on the road in 2019.  However, earlier this year, Jim Hackett, the CEO of Ford Motor Company (F-NYSE) told an audience at the Detroit Economic Club, “We overestimated the arrival of autonomous vehicles.”  And last week, General Motors (GM-NYSE) announced it was slowing its Cruise’s subsidiary’s deployment of an autonomous ride-hailing service that was targeted to start-up late this year.

Autonomous vehicles represent the marriage of hardware and software but perhaps more importantly the transition of the automotive industry from the industrial to the consumer electronics sector. Electric vehicles have a lot fewer parts, are a lot easier to manufacture and the cosmetic features are mostly about fit and click rather than precision welding. That’s the primary challenge facing legacy automotive companies. Coupled with slowing economic growth the sector remains under pressure.

This presentation from Sony highlighting the company’s prediction vision and sensors will represent over 30% of revenue over the coming few years is a testament to the growth in the computer vision market represented by the industrial and autonomous vehicles sectors. 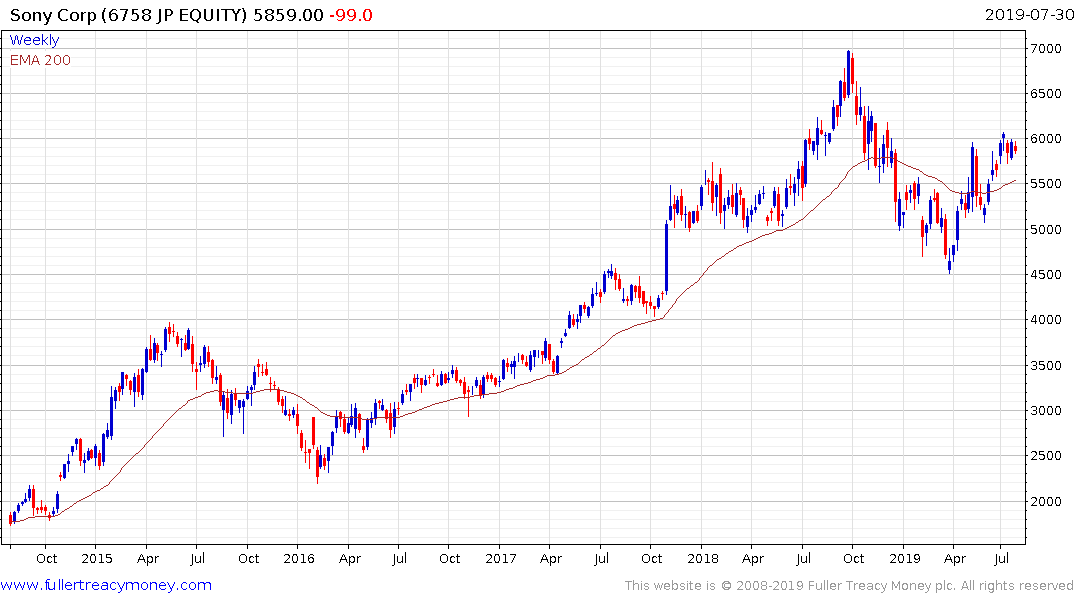 The share has rebounded move the last four months and a sustained move back below ¥5000 would be required to question scope for continued higher to lateral ranging.

The software element of self-driving cars is the hard part. Teaching computers to make judgements is not easy and is taking time. Sensor improvements and enhanced 5G connectivity can probably solve a lot of the issues with driving in the snow and heavy rain but only if the vehicle can make decisions.

Every driver breaks the law from time to time. Cars designed to go multiples of the speed limit being a case in point. When we get caught, we pay the fine. There is the world of different between crossing a double yellow line and endangering a life. It is this kind of fuzzy logic which needs to be deployed if the challenge of full autonomy is to be met.

Two years ago, Facebook developed an AI that developed its own language and learned how to lie to get what it wanted. Anyone who thinks fuzzy “rule” breaking logic is not possible needs to wake up 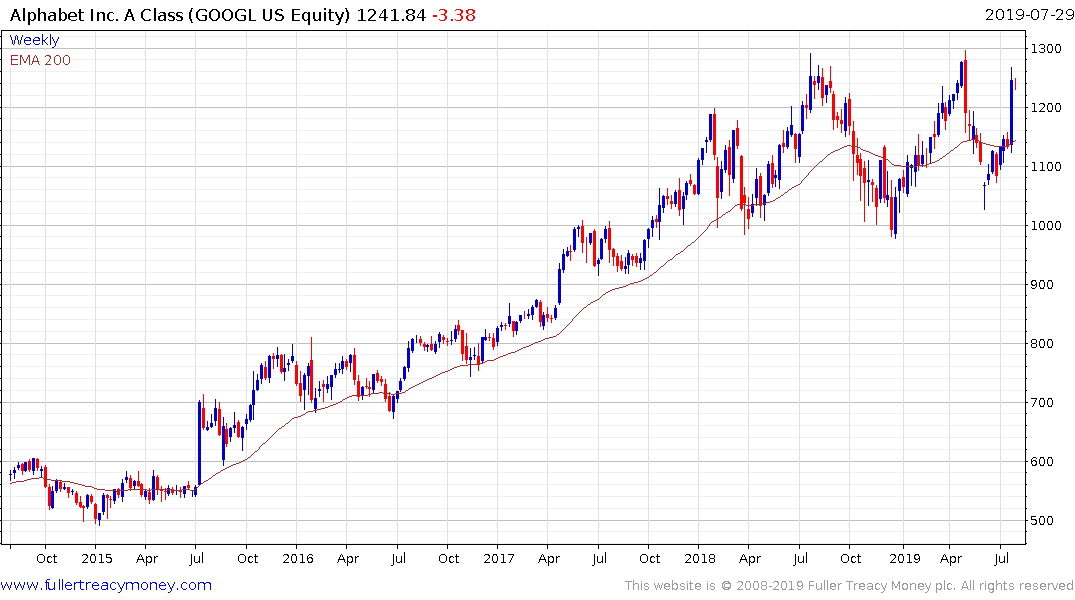 Google/Alphabet and Tesla are the two leaders in the software angle while Intel, Sony etc are on the hardware side of the puzzle. 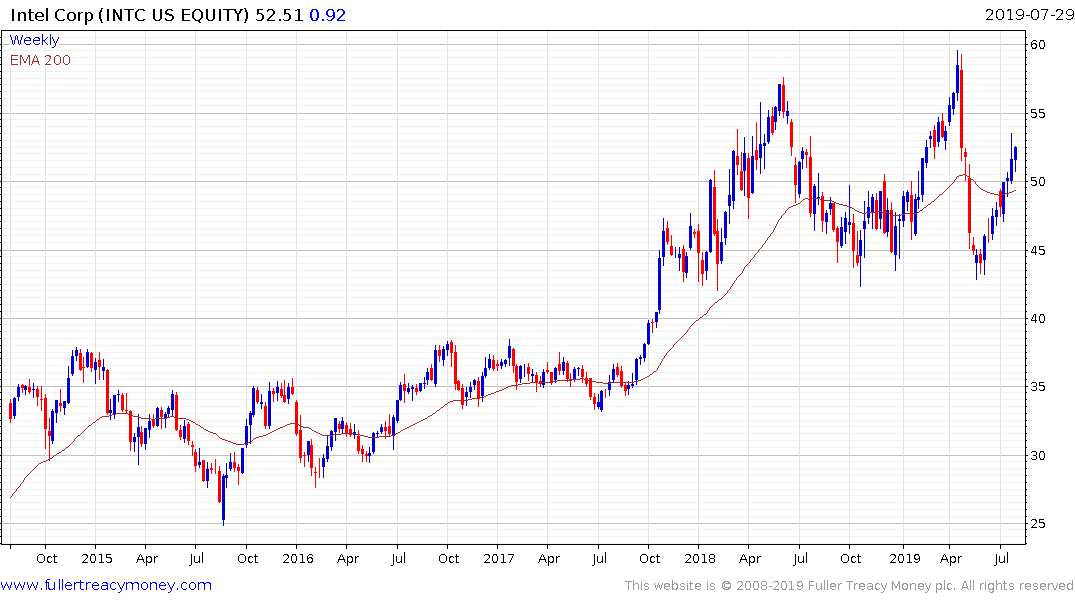 Perhaps the biggest take away from the above charts is the of rthymic uptrends which is a testament that autonomous vehicles are not yet a commercial reality.