So far, investigations have uncovered more than $400,000 in state benefits paid to death row inmates, and more than $140 million to other incarcerated people in California’s 38 prisons, according to Sacramento County District Attorney Anne Marie Schubert, who helped organize and lead a task force that uncovered the alleged dupery. In total, payments to those ineligible due to incarceration in prisons and jails could total nearly $1 billion, the prosecutors claim.

“The murderers and rapists and human traffickers should not be getting this money,” said Schubert. “It needs to stop.”

Kern County District Attorney Cynthia Zimmer, whose district has five prisons, the most of any county in California, called the scope of the scams shocking. Zimmer said her office had found about $16 million in allegedly fraudulent claims in her county alone.

“I’ve been a prosecutor for 36 years,” she said. “I have never seen fraud of this magnitude.”

Newsom on Tuesday announced a task force to tackle the problem.

“Unemployment fraud across local jails and state and federal prisons is absolutely unacceptable,” the governor said in a statement. “Earlier this year, I launched a strike team to expedite unemployment payments and to minimize abuse of the system. When we saw evidence of fraud in correctional facilities, I directed the Employment Development Department to review its practices and to take immediate actions to prevent fraud and to hold people accountable when fraud is not prevented.”

The USA is one of the most advanced countries in the world but investment in digitising the workings of the bureaucracy are absent. That’s a symptom of the polarisation in the political framework because neither side is willing to risk upsetting their base. The big question is how long that can go on given the size of deficits at both a federal and state level.

As a French company, Kering does not report quarterly earnings. However, if what I have seen on Rodeo Drive is any guide it was one of the primary beneficiaries of unemployment fraud in Los Angeles. The share rebounded in robust form from the March lows, to hit new all-time highs by September. At least some consolidation of recent gains is now underway. 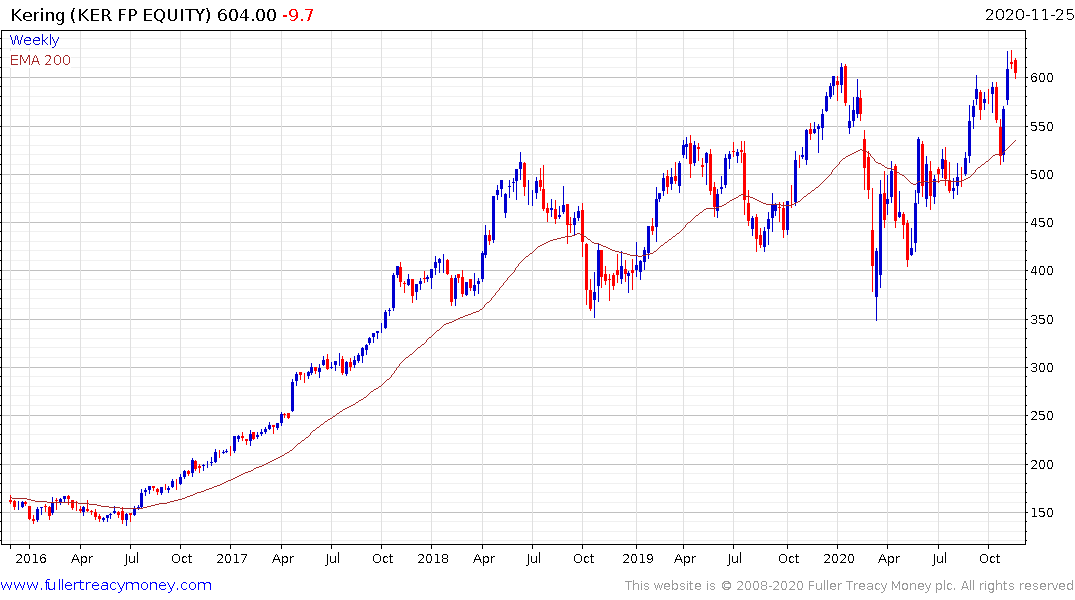 The association of Gucci with the gangster lifestyle leaves the company exposed to any crackdown on massive benefit fraud. Although if history is any guide changes will be cosmetic.