Jai hind: This is the new India
Comment of the Day

Jai hind: This is the new India by Eoin Treacy

On our latest grassroots research trip to India, we visited three lower-tier cities — Ahmedabad, Pune, and Lucknow — to meet with middle-class consumers between the ages of 20 and 30. We also conducted an online survey of 1,200 millennials across the country. This paper outlines our observations and offers potential investment implications driven by a rapidly changing “Young India.”

High-level observations
• India is home to more millennials than any country in the world, with nearly 473 million people born between 1985 and 2000.1
• Digital democratization is driving lifestyle convergence between metro and lower-tier cities.
• Expanding internet access and a wave of national pride have begun to shift consumption trends.
• The desires to bridge tradition with modernity and gain independence without losing family ties have boosted markets for inventive products and aspirational experiences.

Trend: Digital democratization is reshaping consumption patterns Internet and mobile penetration in smaller cities like Pune and Lucknow are beginning to match that of large, metro cities like Delhi and Mumbai. Data prices in India have plummeted 95% to approximately 18 rupees (US$0.26) per Gigabyte (GB) since 2016 (Figure 1), contributing to an eightfold increase in usage with the average user consuming nine GB of data per month as of the end of 2018 (Figure 2).

The evolving populist, followed by nationalist trends first root in India. There is increasing evidence that this two-fold pattern is evolving elsewhere. The success of populist candidates in a large number of countries and the increasingly nationalistic rebasing of political dialogue that has occurred subsequently suggests there is a clear trend underway in the global market which is supportive of regionalisation rather than globalisation.

India is a major potential beneficiary of this trend because of its massive young, educated, English speaking population, so India represents a lead indicator for what we can expect in developed markets. 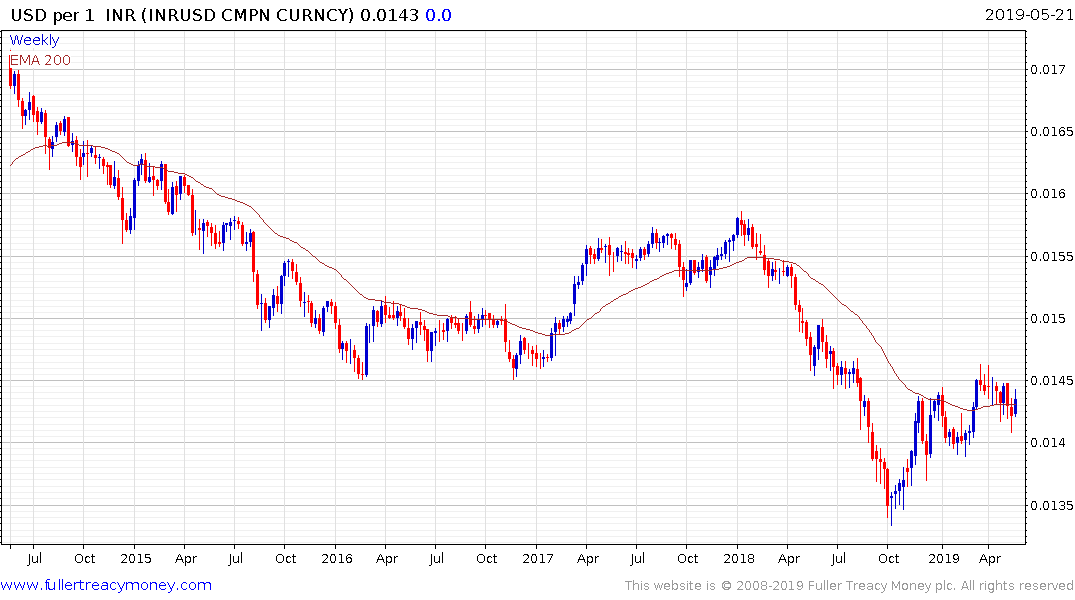 The Rupee has been trending higher against the US Dollar since the beginning of the 4th quarter and is now testing the region of the trend mean. 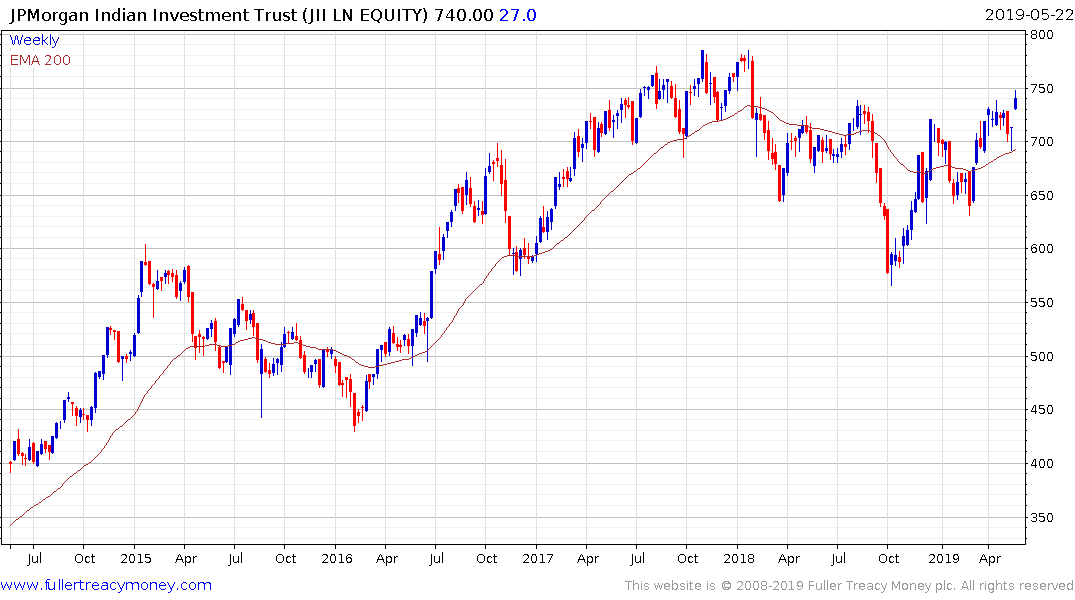 The JPMorgan Indian Investment trust is trading at a discount to NAV of 11.68%. It rallied this week to confirm support in the region of the trend mean and post new recovery highs.