The global iron ore market “is expected to shift into a major surplus with inventories expected to recover to pre-Brumadinho levels by early 2021,” Citigroup Inc. says in note, referring to the Vale SA operation that experienced a dam burst last year.

“We maintain our directional convictions on iron ore and coking coal, while acknowledging that big price moves might not happen until post-Chinese New Year,” bank says in note, which in part recaps analysis on bulks market issued last month

“Most market participants agree that iron ore prices will likely drift lower during 2020, with the primary debate being about the timing and extent of any sell-off,” bank says

Vale believes it will return to full production next year so market participants are beginning to position for that outcome. The clear outperformance of iron-ore last year was certainly due to supply constraints but the question for 2020 will be in how much demand for industrial resources picks up with global growth improving. 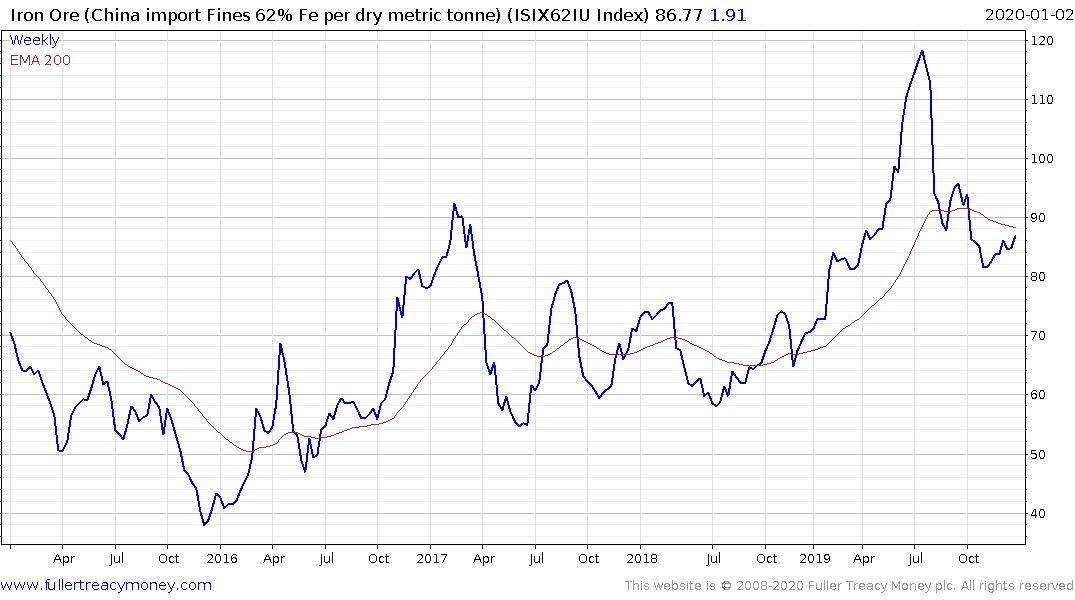 The iron-ore price found at least near-term support in the region of the upper side of the 2017/18 range in November. A sustained move below $80 would be required to question potential for further support building. 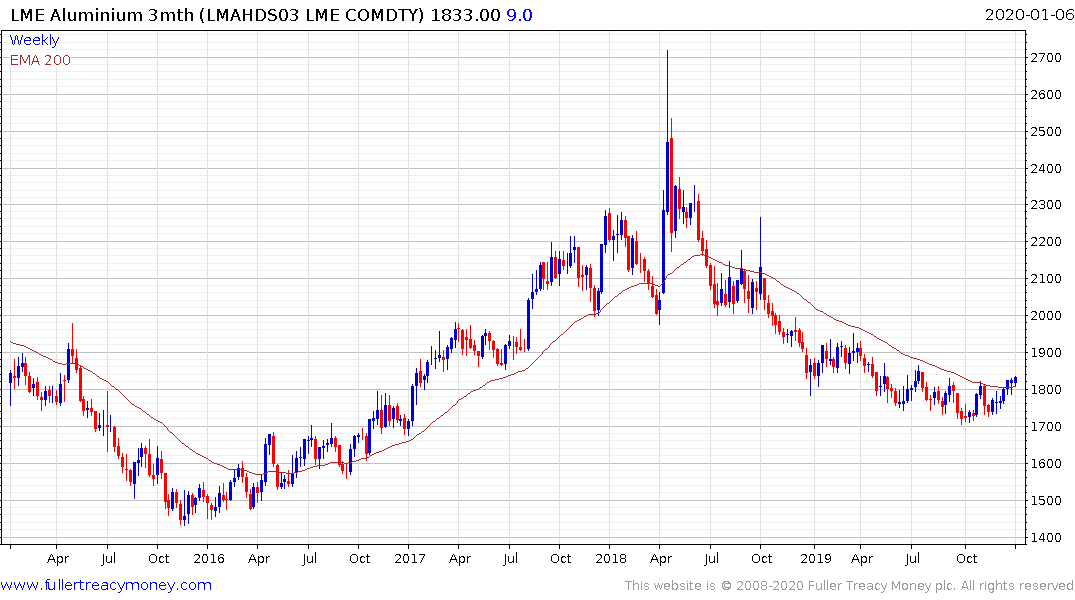 Aluminum prices were a little softer today but have broken the more than yearlong downtrend since yearend. A sustained move back below $1800 would be required to question recovery potential. 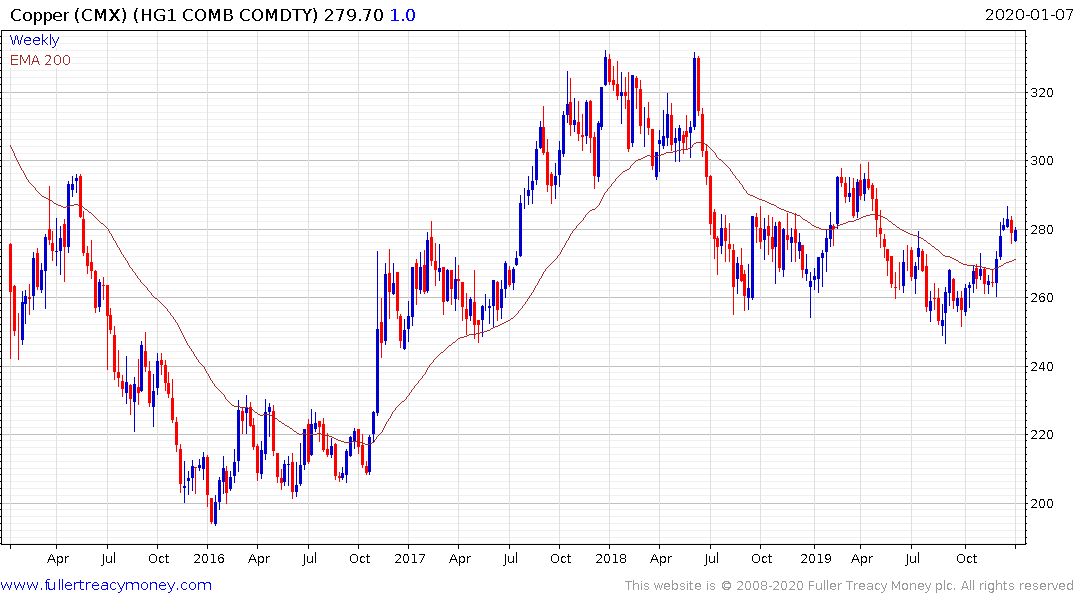 Copper continues to hold its move back above its trend mean but remains in a broad ranging phase.

The outlook for commodities is much more likely to be influenced by Chinese stimulus and the outlook for infrastructure development than other factors. 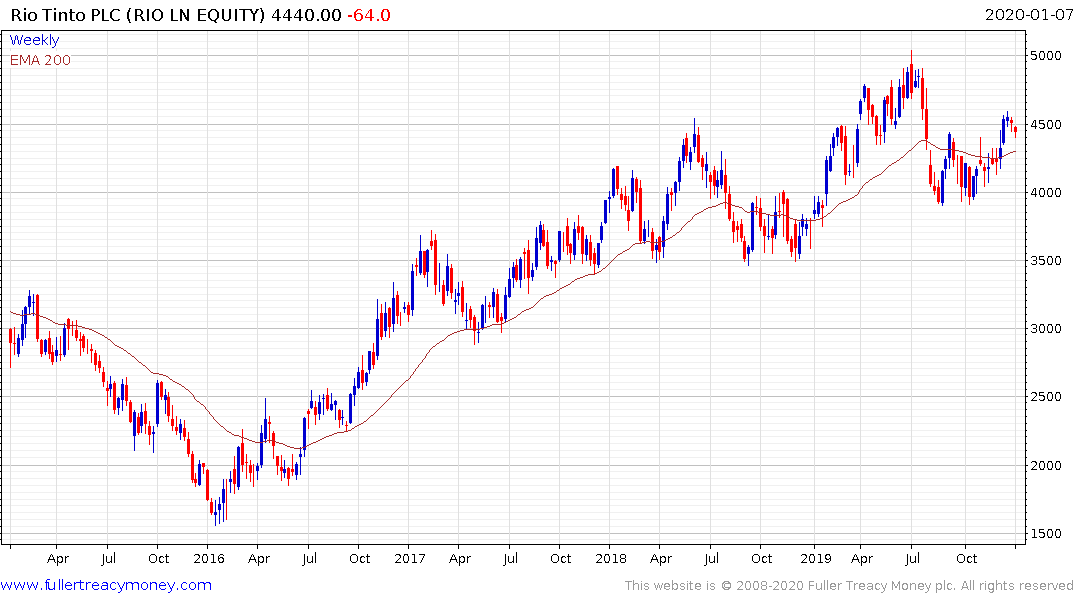 Rio Tinto bounced today from the region of the trend mean but needs to hold the 4400p level if potential for continued higher to lateral ranging is to be given the benefit of the doubt. 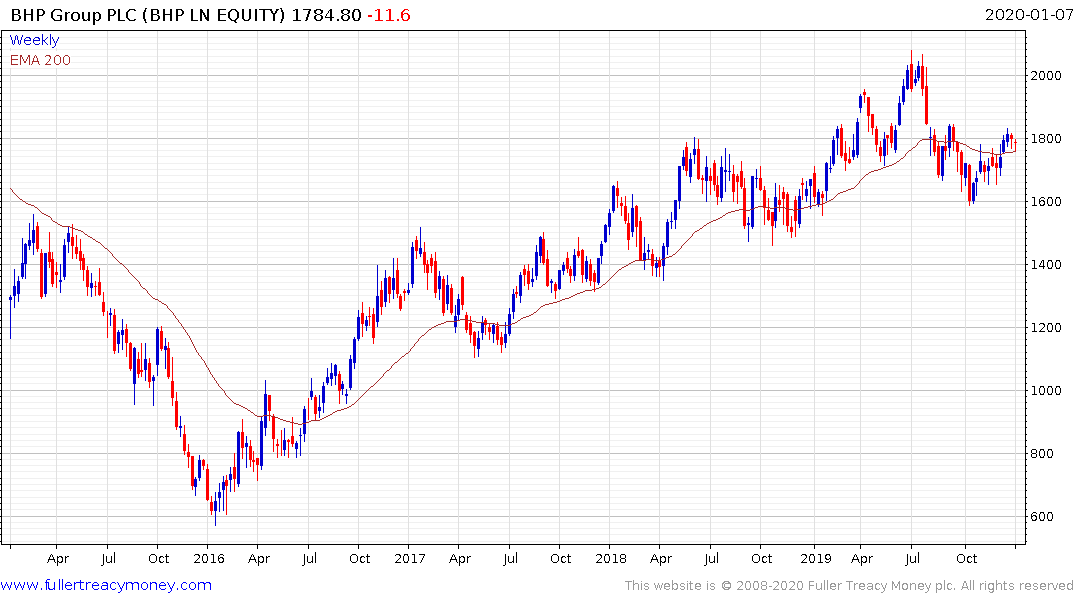 BHP has also steadied of late and is back testing the upper side of a five-month range and the region of the trend mean.