A report from Goldman Sachs says that the commodity sector is likely on its way up in 2021 due to inflation. However, while grains futures have been traveling higher, momentum is likely to slow down for agriculture in general, the report says -- pointing to energy and metals as more likely areas of growth. "Goldman Sachs analysts acknowledged that the non-energy commodities have 'immediate upside' potential due to the strong Chinese demand and weather driven risks, but they see that momentum fizzling in 2021," says Arlan Suderman of StoneX. Corn futures on the CBOT are up 0.7% Thursday, while soybeans are up 0.4%. Meanwhile, wheat is down 0.8%.

Drought risk, the transition to a La Nina weather system and restocking following the panic buying during the initial lockdowns, all represent tailwinds for the soft commodity sector.

Another way of looking at the base formation completions in the sector is commodities are beginning to react to the weakness of the Dollar and risk of inflation in a predictable manner. There is clear potential that commodities are acting as a lead indicator for future inflation.

The velocity of money is at an historic low which allows money supply to remain at historic highs. While the media are fascinated with the prospect of a 2nd wave, it is looking increasingly likely a number of vaccines will be permissioned before the end of the year. That suggests the global economy will be much stronger in 2021 than it was this year. Velocity of money will improve at exactly the same time as governments follow through on outsized spending commitments. There is clear potential for an inflationary shock next year. 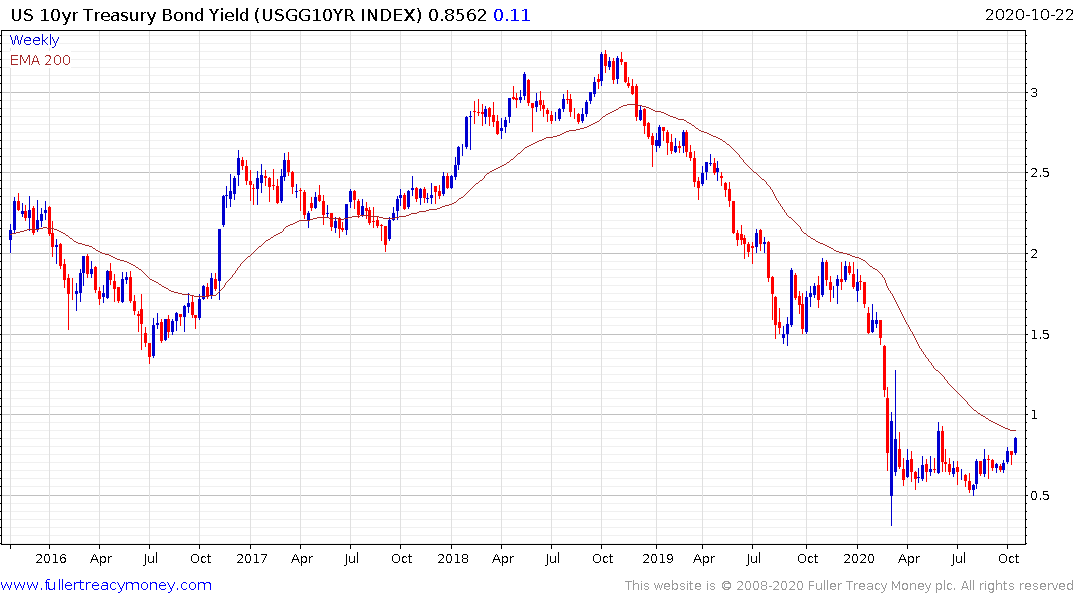 Government bond yields are beginning to hedge that eventuality but commodities are less manipulated. 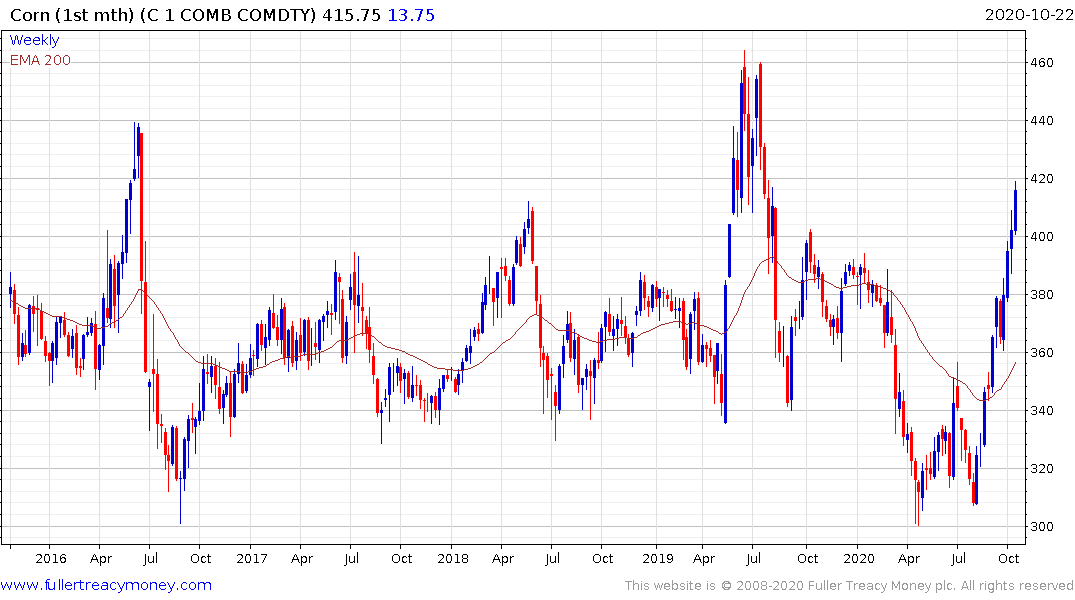 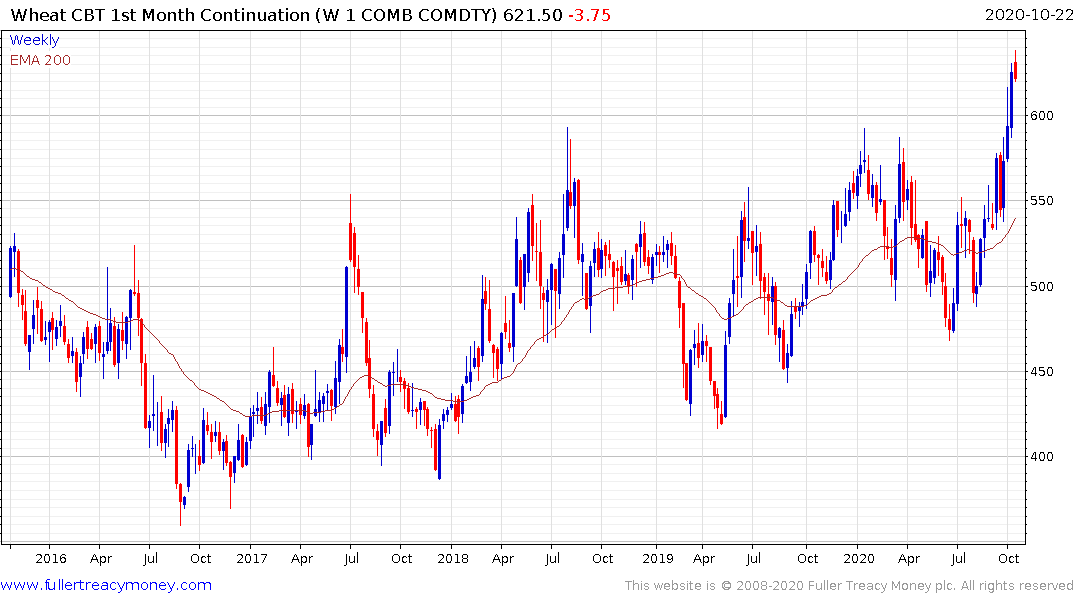 Corn, wheat and soybeans have all just completed base formations. 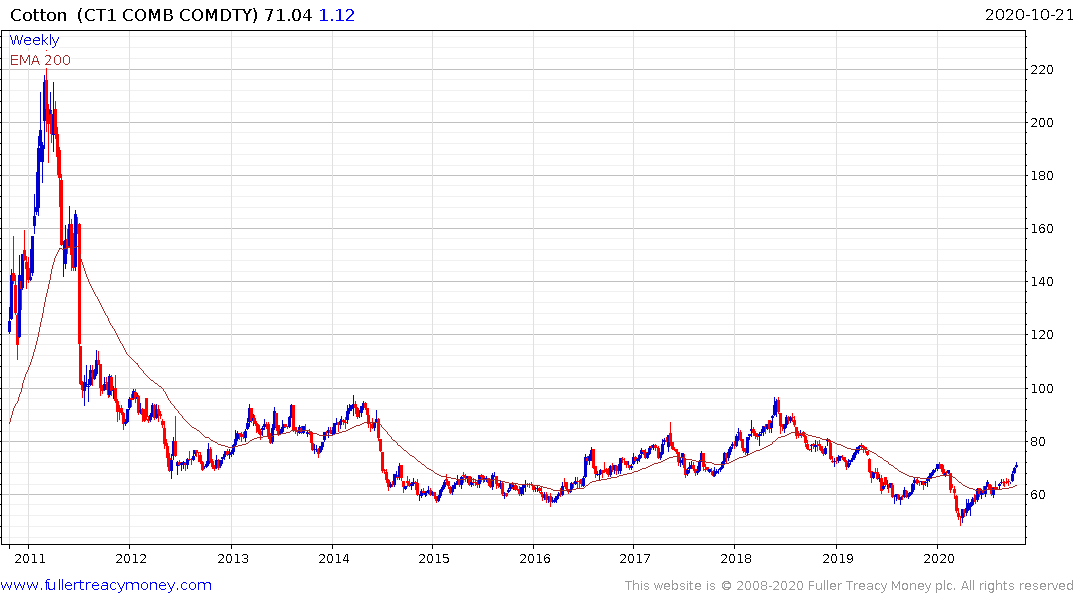 Cotton has broken a lengthy sequence of lower rally highs. 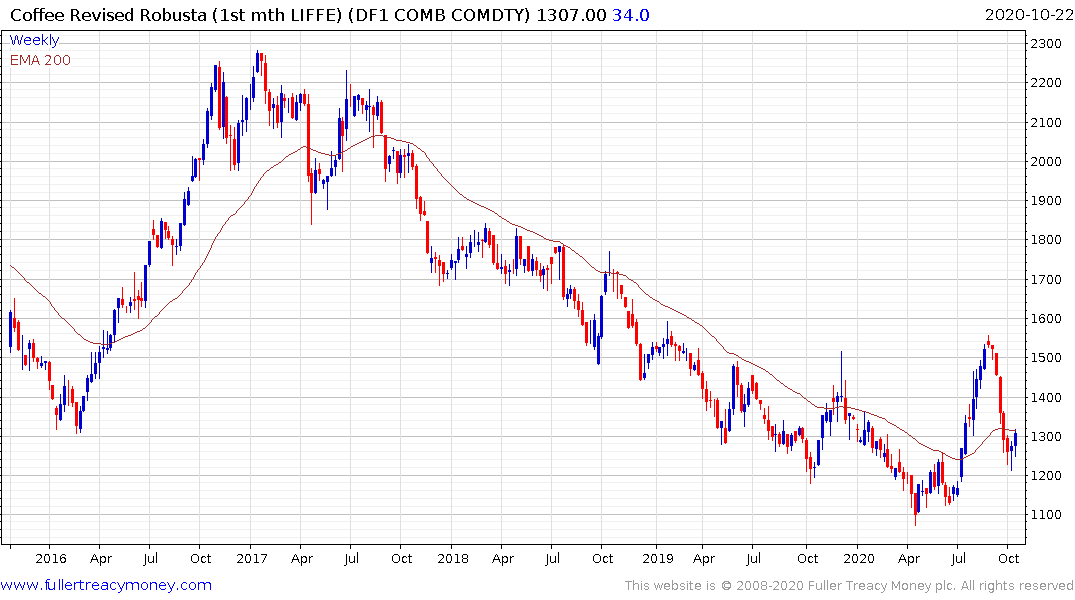 Robusta Coffee is firming from the region of its trend mean. 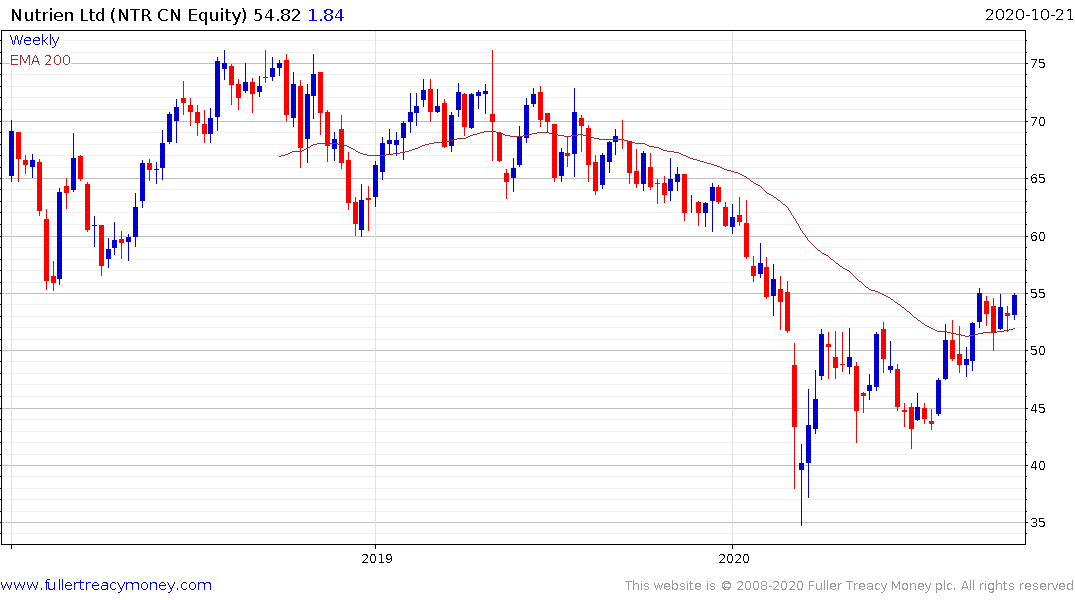 Nutrien appears to be in the process of breaking its downtrend. 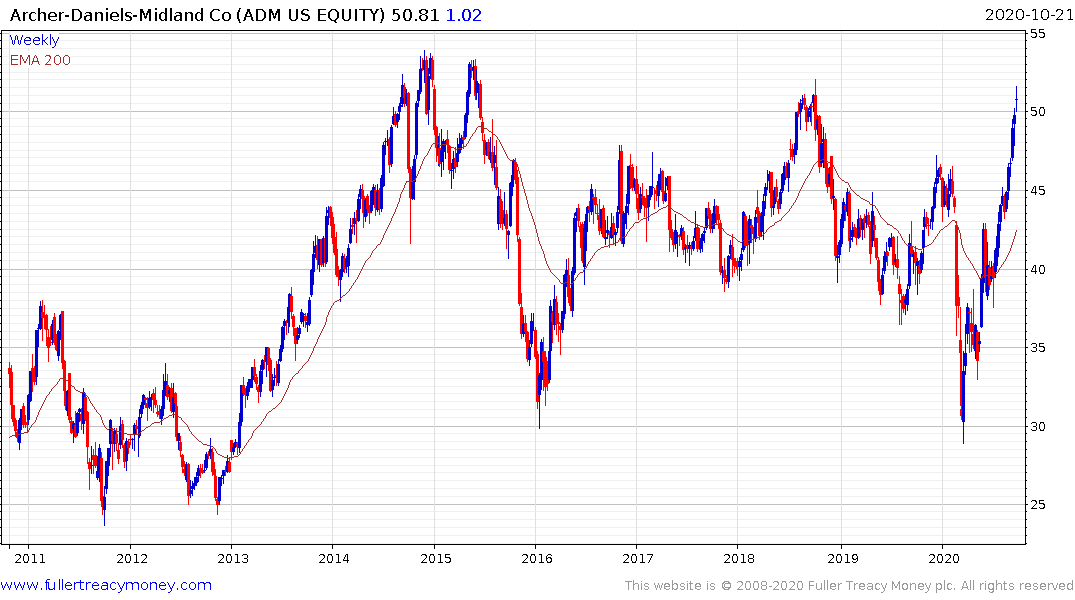 Archer Daniels Midland continues to testing the rebound from its March lows.